By Danielle Kaeding, Wisconsin Public Radio - Apr 7th, 2021 12:50 pm
Get a daily rundown of the top stories on Urban Milwaukee 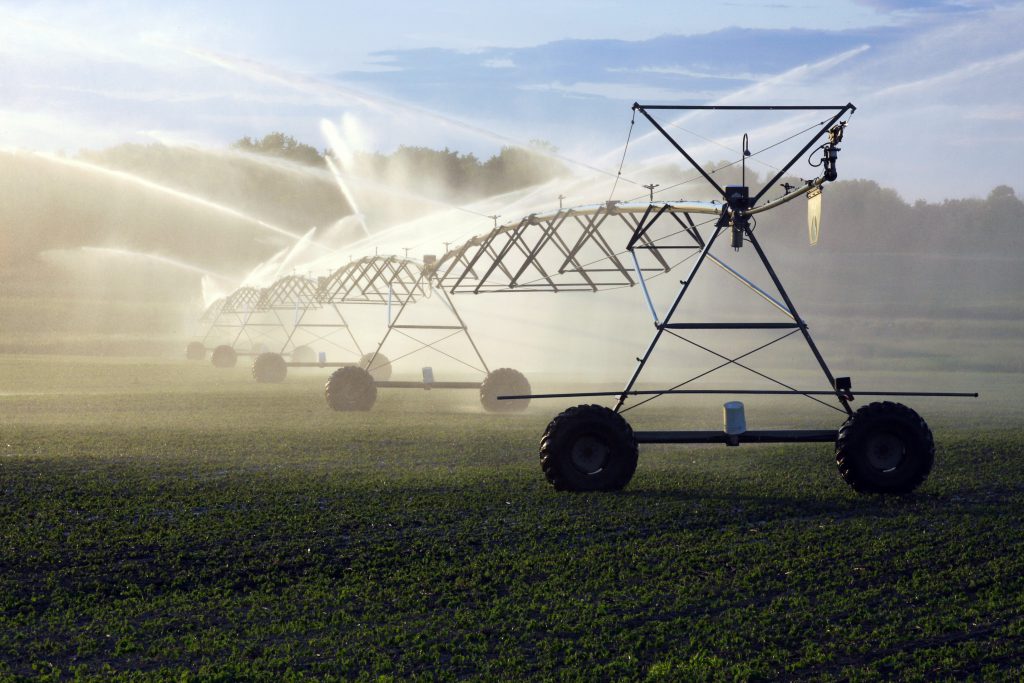 Hundreds of high-capacity wells are significantly lowering water levels in lakes within the Central Sands region, according to findings of a new draft report released by the Wisconsin Department of Natural Resources on Tuesday.

The findings are the result of a study ordered by lawmakers under a 2017 law that relaxed regulations on high-capacity wells. Legislators required the DNR to “evaluate and model the hydrology” of Pleasant Lake in Waushara County, Plainfield Lake and Long Lake in the Central Sands study area.

The DNR used models to mimic real-world water levels from 2012 to 2018, using the location and withdrawal rates of around 3,000 high-capacity wells. The agency used various land, water and climate scenarios in its modeling to calculate lake level changes.

The study found that current irrigation practices were reducing lake levels by up to 3 feet on Long Lake, 2.1 feet on Plainfield Lake and 0.5 feet on Pleasant Lake. The reduction in water levels on Long Lake have resulted in impacts to recreational use, fish plants and lake chemistry. Plainfield Lake has seen impacts to plant communities, including a federally endangered plant species. Freihoefer said there were 19 other lakes and several streams in the area that also may have been impacted but were not part of the agency’s study, noting that some streams were depleted by as much as 20 percent in the region.

The DNR is recommending the creation of a water-use district to manage water resources in the region, which would create a framework for balancing conservation and economic needs. The district would include representatives and input from high-capacity well owners, county land and water representatives and the DNR among others. The Republican-controlled Legislature is not bound by the agency’s recommendations, which the DNR hopes to finalize and submit for lawmakers’ consideration by late May.

Tamas Houlihan, executive director of the Wisconsin Potato and Vegetable Growers Association, said the DNR had informed him of the study’s findings. Houlihan said he and others are still digesting the results, declining to comment at this time.

“I would like to meet with our potato and vegetable leadership and go over the DNR’s lake study findings in more detail and try to determine the full ramification of their findings,” said Houlihan.

The Dairy Business Association referred comments to the Wisconsin Potato and Vegetable Growers Association on Tuesday.

The Central Sands region covers 1.75 million acres east of the Wisconsin River in parts of eight counties, including Marathon, Waushara and Wood counties. The area has around 3,100 active high-capacity wells — nearly 30 times the number of wells more than 60 years ago. High-capacity wells can draw more than 100,000 gallons per day from groundwater for irrigation and other uses. The average capacity of those wells used for irrigation is around 1.4 million gallons of water per day, according to the study.

A key finding of the agency’s study is that the cumulative impact of more than 200 wells in a 5 square mile radius around Long Lake and Plainfield Lake caused significant impacts to water levels. The report went on to say that all of those wells would have to be removed to completely remedy the impacts of those water withdrawals.

The DNR released the agency’s draft findings one week before the Wisconsin Supreme Court is set to hear oral arguments in a pair of cases that would determine whether the agency can place limits on agriculture to protect groundwater quantity and quality.  The cases include a challenge brought by environmental group Clean Wisconsin over the approval of eight high-capacity wells in the Central Sands region between 2014 and 2015.

“I think this drives home that there are impacts, the science shows that, and we need to change the status quo in order to protect these waters that all of Wisconsin residents rely on,” said Evan Feinauer, staff attorney for Clean Wisconsin.

Schimel’s 2016 opinion countered a 2011 Supreme Court case, known as the Lake Beulah decision, in which the court ruled the agency has the authority to consider when such wells harm state waters.

Freihoefer, the DNR’s water use section chief, said the Supreme Court’s ruling in the case could impact how water quality and quantity is managed in Wisconsin, particularly the Central Sands region. Since the Lake Beulah decision, he said the DNR has approved 2,257 high-capacity well applications through March 31 of this year.

Republicans have supported efforts to relax the agency’s oversight of high-capacity wells, including when the wells are repaired, replaced or transferred. They’ve highlighted the importance of agriculture on the state’s economy and are seeking to intervene in the upcoming Supreme Court case. Meanwhile, Democrats and environmental groups have sought to strike a balance in water use to avoid dried up streams and lakes.

The DNR is now accepting public comment on the study and a virtual public hearing will be held April 28 at 6 p.m. The agency plans to use the study’s findings in the review of future high-capacity well applications.

Report: Hundreds Of High-Capacity Wells Are Drawing Down Lake Levels In The Central Sands Region was originally published by Wisconsin Public Radio.