Sub-minimum wage of $2.33 would be outlawed, requiring payment of minimum wage. 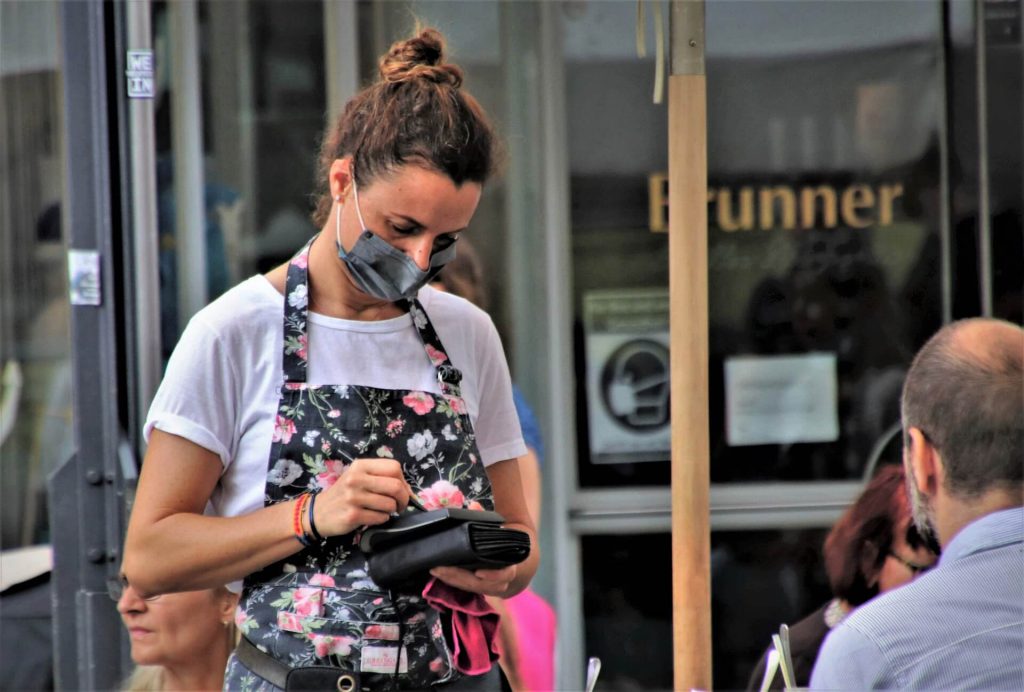 New draft legislation would end Wisconsin’s sub-minimum wage for tipped employees — a move that sponsors say would benefit not only low-wage workers in the restaurant industry but restaurant operators as well.

Hong has co-authored the legislation along with State Sen. Chris Larson (D-Milwaukee). It would eliminate the current state sub-minimum wage of $2.33 an hour for employees, primarily restaurant workers, whose work is supplemented by customer tips.  For employees who are younger than 20 and have been on the job for fewer than 90 days, the tipped wage is $2.13.

Under Wisconsin law, if a worker’s hourly wage plus tips adds up to less than the state minimum of $7.25 an hour, the employer is required to make up the difference. “The reality is, that is not the case,” Larson said, because employers routinely flout that requirement.

Restaurant workers who are undocumented may be unaware of their rights or afraid to exercise them. As a result, said Larissa Joanna, founder of the Restaurant Workers Coalition in Madison, “We go through a lot of wage theft because of the lack of information.”

In 2014, the Economic Policy Institute reported that nearly half of tipped workers in the country — 46% — rely on some form of public benefits, such as SNAP (known as Food Stamps) or Medicaid. More than 12% of tipped workers have incomes below the federal poverty line, according to the EPI.

As with other parts of the economy, the COVID-19 pandemic has exacerbated problems for restaurant and hospitality workers, according to worker rights advocates.

Larson said that when tipped workers are laid off — as happened to tens of thousands of restaurant and other hospitality workers in the state because of the COVID-19 pandemic — many of them may find that their wages are too low and turnover on the job is too high to enable them to qualify for unemployment insurance.

Tipped employees, especially women, in the restaurant industry have reported higher rates of sexual harassment as well as other forms of harassment, compared with those in states that have abolished the lower wage for tipped employees, Larson added.

According to One Fair Wage, an organization campaigning nationally for an end to sub-minimum wages for tipped workers, restaurant workers who have admonished customers for not wearing masks despite health rules or establishment policies have seen their tips suffer as a result.

Margins in the business were shrinking, and the industry was losing personnel to other kinds of businesses moving into the region that offered better  compensation. “We could not compete,” he said. “The pandemic just broke it all open.”

As businesses closed due to public health orders in the early weeks of the pandemic, the properties Berkson operates shifted to curbside service only. At that point, the idea of offsetting lower wages with tips had “no value at all,” he said. Instead, the organization reorganized its pay structure, establishing a new range of base wages from “short of $15” to $21 an hour. All tips are now shared among the hourly staff.

Becky Cooper, owner of the restaurant Bounce in Milwaukee, said that when she and her husband, Ryan Clancy, opened the establishment several years ago, they set pay rates that were above the standard $7.25 minimum wage, even though employees were also getting tips.

“We knew the regular minimum wage is not high enough and the sub-minimum wage is criminal,” Cooper said. “These are real jobs that support real people.”

Higher wages help the whole economy, putting money in employees’ pockets that they can spend elsewhere — including in restaurants. “We see that money being reinvested in our community,” she said.

While Bounce was able to raise wages unilaterally, changing the law will create “a level playing field,” Cooper added, raising standards across the community. “If only one restaurant is doing it they bear a lot of the burden.”