School could include return of two-way traffic to N. 16th St.

Marquette University will break ground March 23rd on a new $60 million home for its College of Business Administration and innovation leadership programs.

The university is billing the 100,000-square-foot facility, 1530 W. Wisconsin Ave., as the anchor to the campus’s western gateway.

Located at the northeast corner of N. 16th St. and W. Wisconsin Ave., the site was home to the 725-bed McCormick Hall for over half a century. But the 12-story, beer-can-shaped residence hall was demolished starting in 2019, with the university selling commemorative can koozies to mark its demise.

A name has yet to be released for the building, but it is expected to be completed by December 2022. It’s the largest building entirely funded by donors in the university’s history.

A 2016 master plan envisioned a recreation and wellness center being constructed on the site. But in January 2020, university president Michael R. Lovell announced the plans for the new academic building.

It’s one of several new buildings on the campus in recent years. McCormick Hall was rendered obsolete by a new, 890-bed residence hall, The Commons, that opened in 2018. The Athletic and Human Performance Research Center opened in spring 2019. A new Physician Assistant Studies building also opened later that year.

The College of Business Administration has been located in Straz Hall for 36 years according to the university.

Kansas City-based BNIM and Workshop Architects are partnering on the design of the new building. J.H. Findorff & Son will lead the general contracting.

“Marquette’s newest academic facility is built for the future with maximum flexibility and state-of-the-art, globally connective technology, anchoring the west gateway to campus,” said the university in a statement announcing the timeline.

But the building itself isn’t the only thing being built for maximum flexibility. As part of formally creating the development site by combining multiple parcels on paper, a strip of land on the west side of the site will be dedicated as a public right of way.

That corridor, should it ever be desired, would be used to expand N. 16th St. to accommodate two-way traffic. The two-lane street is currently one-way northbound and operates in a pair with south-bound N. 17th St. The streets merge at W. State St.

The City Plan Commission unanimously recommended the adoption of the parcel reconfiguration at its Monday meeting. The Common Council also must approve the request. 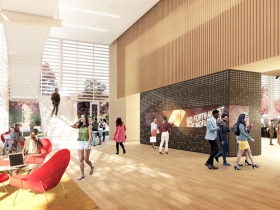 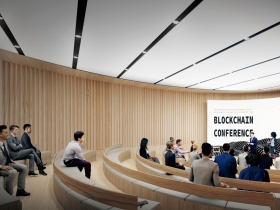 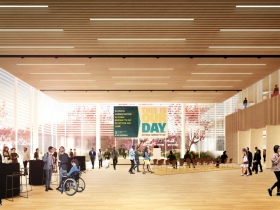 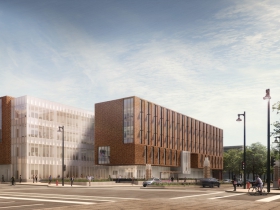 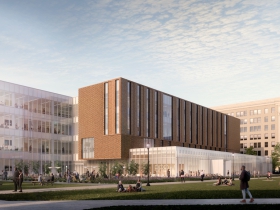 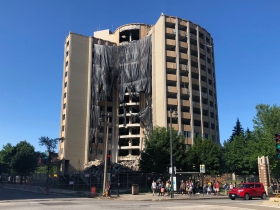 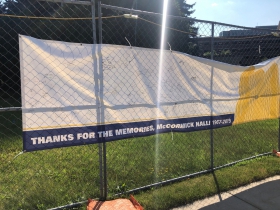 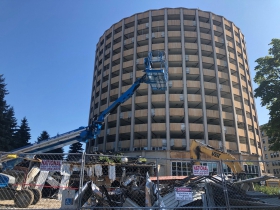 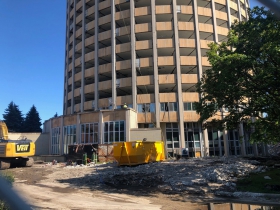 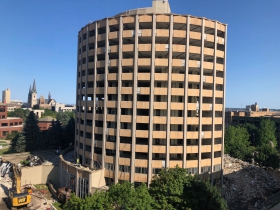 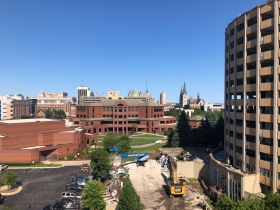