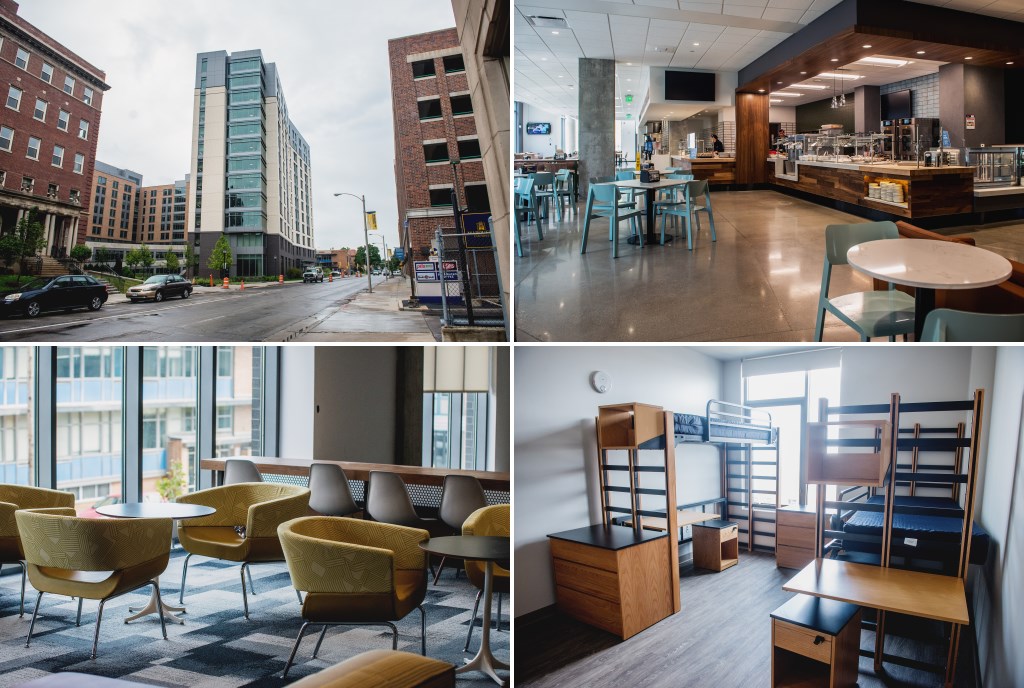 Thursday morning, Marquette University will welcome freshman students into the latest addition to the university’s always evolving campus. The Jesuit school will celebrate the opening of Robert A. Wild, S.J. Commons, a $108-million, 865-bed residence hall named after the university president that led the school from 1996 through 2011.

The incoming students, many of whom are new to Milwaukee, will find pod and suite-like room layouts for single or double occupancy. The building is open to freshman and sophmore students.

But it’s not just the room layouts that students will enjoy at the university’s first new dorm in 50 years. A 625-seat dining room is the centerpiece of the commons area that connects the two buildings that make up the complex. A barbecue station, wood-fired pizza oven and seven other food stations will keep the residents well fed. Students will have an all-you-can-eat meal plan, and the dining hall will be open 24 hours a day. The dining room is open to all Marquette on-campus residents.

A large staircase in the common area is designed to convert into theater seating with a massive screen for watching educational programming, or more likely, the big sporting event of the week or latest Hollywood blockbuster.

The common area also includes well appointed study rooms, a handful of classrooms, a large practice room for musicians, dancers and other performers and, true to the university’s Catholic roots, a 25-seat worship space open to students of all faiths.

Located on the south side of W. Wells St. between N. 17th and N. 18th streets, the U-shaped complex began to be constructed in November 2016.

Originally planned to include just 750 beds, the residence hall  was expanded by 140 beds, and the shorter building by two floors, following a robust fundraising campaign by the university. The expanded project allows the university to move forward with its plan to close McCormick Hall, and also to contemplate the closure of O’Donnell Hall.

Ray and Kay Eckstein, who previously gave the university’s law school $51 million in 2007, provided the school with a $10 million matching gift for the complex’s construction. As part of their matching gift, one of the towers in the new residence hall will be named after the Ecksteins. It won’t be the first building on campus bearing the Eckstein name; the Marquette University Law School is housed in Eckstein Hall. The Ecksteins also gave a substantial gift to support the development of the Dr. E.J. O’Brien Jesuit Residence.

The tower along N. 17th St. rises 12 stories and includes space for 400 students, while the L-shaped tower along N. 18th St. stands nine stories above the street and will house 465 students.

Construction on the project was led by J.H. Findorff & Son Inc., which in partnership with a number of subcontractors including Staff Electric and J.M. Brennan, employed eight interns from Marquette on the project and a number of graduates.

To build the 292,000-square-foot complex, Findorff used more than 1,210 tons of rebar, nine miles of post tension cable, 10,000 cubic yards of concrete and 45 pounds of coffee. The latter was not a structural component, but likely made the workers installing the 921 windows and 1,156 doors more alert.

A partnership between Milwaukee-based Workshop Architects and Baltimore-based Design Collective led the design of the building.

The project is one of many the school has underway. An $18.5 million building slated to house the university’s growing Physician Assistant program is being constructed along W. Clybourn St. at N. 17th St. The school is also building the $24 million Athletic Performance and Human Research Center at the southwest corner of N. 12th St. and W. Wells St. 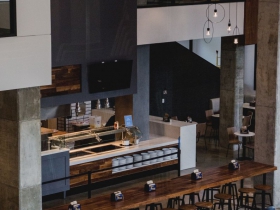 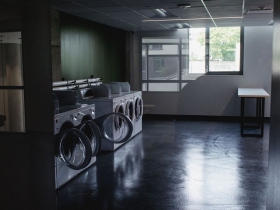 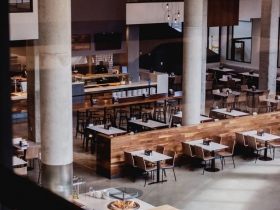 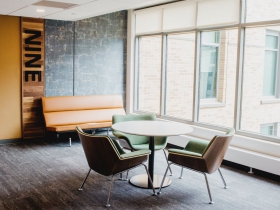 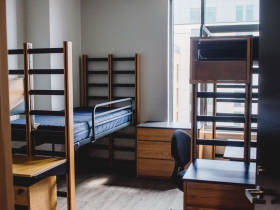 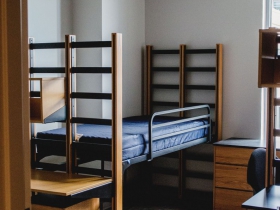 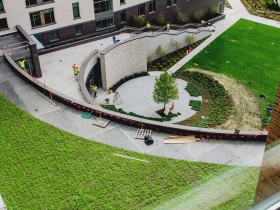 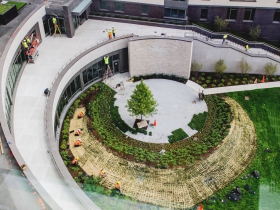 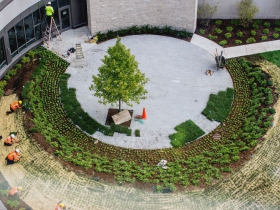 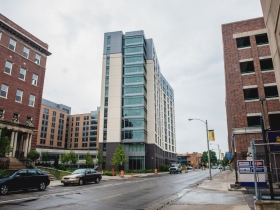 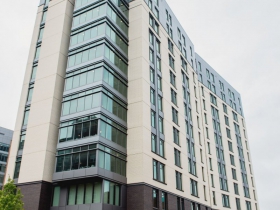 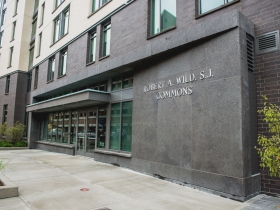