By Isiah Holmes, Wisconsin Examiner - Mar 10th, 2021 06:43 pm
Get a daily rundown of the top stories on Urban Milwaukee 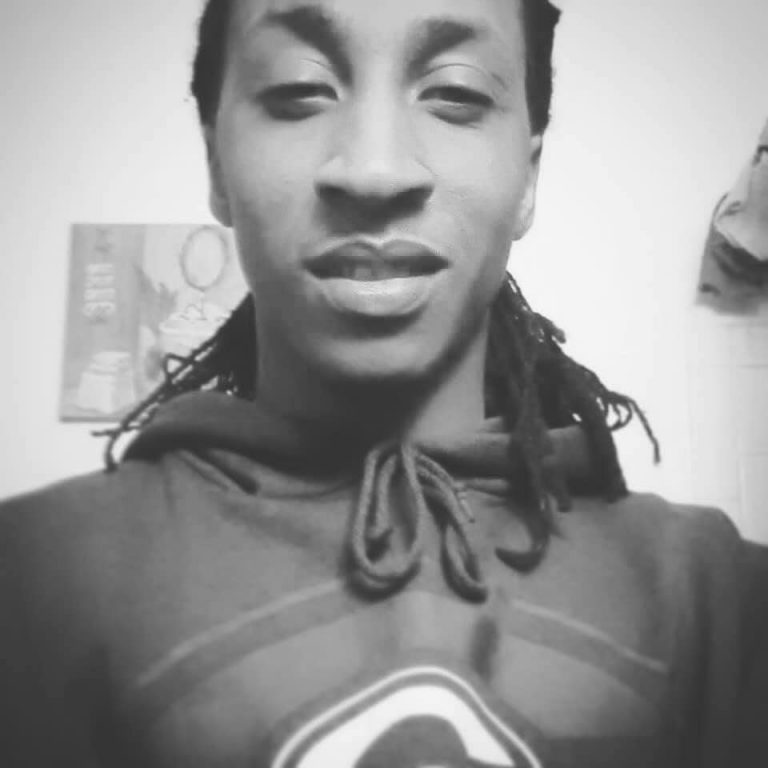 It was not Mensah’s first shooting, nor was it his last. The previous July, Mensah and another former officer, Jeffrey Newman, shot and killed 29-year-old Antonio Gonzales. Before being hired as a Waukesha County Sheriff’s deputy in January, Mensah was involved in a third shooting, of 17-year-old Alvin Cole, in Feb. 2020.

According to state law, what should have followed Anderson’s shooting was an investigation into the officer-involved shooting — one in which the Wauwatosa Police Department (WPD), where Mensah was employed, did not have a role. The opening phase of a recent John Doe investigation suggests, however, that doesn’t appear to have happened.

Mensah was conducting a routine check of Madison Park in Wauwatosa when he noticed Anderson’s car parked alone in the parking lot. After shining his squad’s lights on the vehicle, he noticed the 25-year-old was asleep. After waking Anderson, Mensah stated the two had a brief dialogue before the officer said he noticed a gun on the front passenger seat.

No video or audio was captured of the conversation Mensah claimed to have conducted with Anderson. The only video captured from that night is muted, and shows Anderson, still in the car, with his hands already raised. After Anderson’s arms were lowered several times, Mensah fired several shots into Anderson’s head and shoulder area.

The shooting investigation was brought under the umbrella of the Milwaukee Area Investigative Team (MAIT), and led by the Milwaukee Police Department (MPD). The MAIT is a network of detectives and investigators from various departments in the Milwaukee area. Some law enforcement agencies in Waukesha County are also part of the team. State law requires an outside agency to conduct the investigation into an officer-involved shooting.

Through the MAIT, local police departments investigate each other’s shootings while also maintaining working relationships. WPD, for example, has investigated several police shootings involving Milwaukee PD officers as part of MAIT arrangements. The investigations are then brought before a district attorney for review. Anderson’s case was ruled justified by District Attorney John Chisholm, after Mensah said Anderson was reaching for the gun.

Exactly how involved WPD was in the investigation was touched on during a Feb. 25 John Doe hearing regarding Anderson’s shooting. Four years after Anderson was killed, the hearing marked the first time witnesses were called into a court setting over the incident.

Civil rights attorney Kimberley Motley, who’s representing the Anderson family and other families of people Mensah fatally shot, brought the John Doe hearing to the courtroom. Two key people filed motions to not participate in the proceeding, however: Mensah and WPD Chief Barry Weber. Mensah pleaded the fifth in order to avoid appearing, while Weber argued that his knowledge of the investigation was limited.

In a motion to quash a subpoena requesting that Weber appear in court, the outgoing chief’s lawyers argue that WPD wasn’t involved in the Anderson investigation. “The sole investigative body reviewing this matter and the death of Mr. Anderson was the Milwaukee Police Department,” reads the motion. “As a result, Chief Weber possesses no material knowledge of any of the facts and circumstances surrounding the officer-involved death of Jay Anderson Jr. and was not a participant in or witness to subsequent investigation.”

It further added that, “neither Chief Weber, nor any other member of the Wauwatosa Police Department to his knowledge, authored any police reports regarding interviews with investigators as it relates to the Jay Anderson shooting on June 23, 2016.”

There is written evidence showing WPD participation in the investigation. Its detectives and personnel have authored several reports pertaining to the Anderson shooting investigation. In one, WPD detective Martin Keck reports making contact with a nearby homeowner on June 27, four days after the shooting. 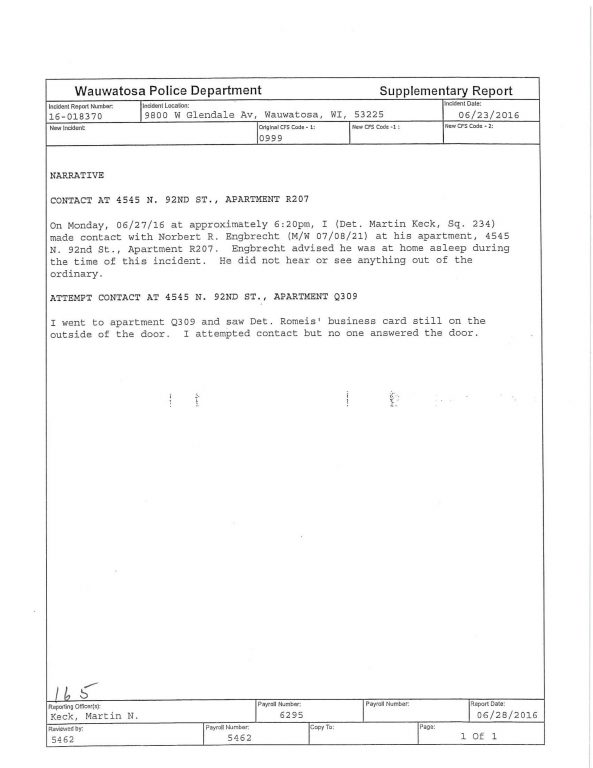 Keck, who is a member of the WPD’s Special Operations Group (SOG), wrote that the resident “did not hear or see anything out of the ordinary.” Another WPD detective was also visiting apartments, attempting to connect with witnesses that day, according to another report. It’s also worth noting that, according to Mensah’s WPD employee file, he was placed on administrative duty in WPD’s detective bureau while the Anderson investigation played out. 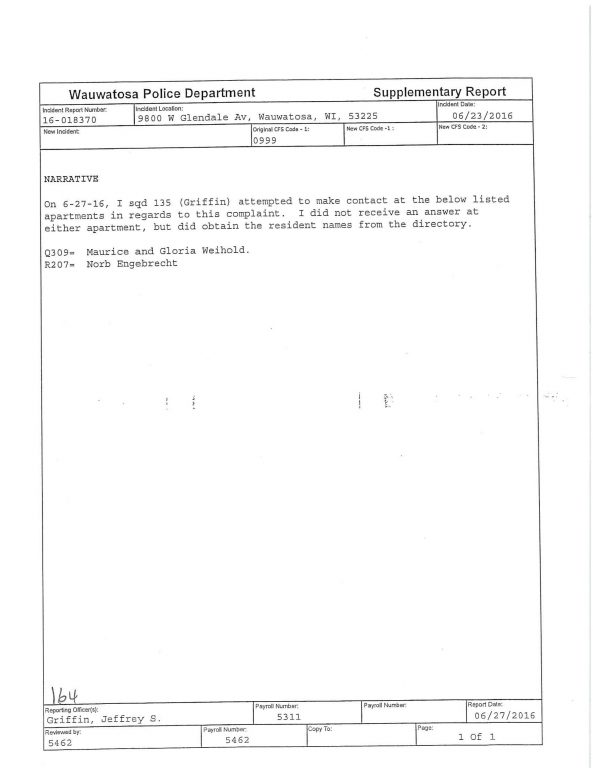 During her testimony on Feb. 25, Tlomak recalled that both WPD and MPD officers were in the room as she conducted the autopsy. Tlomak stated that she “did not know” whether Weber ever went to the medical examiner’s office to view the body. Additionally, she noted that no one would have been able to view the body at the office without their permission, and that logs are kept noting who comes and goes. On page 45 of the deposition, however Weber stated, “I didn’t see the wounds on him until I saw him at the ME’s office.” 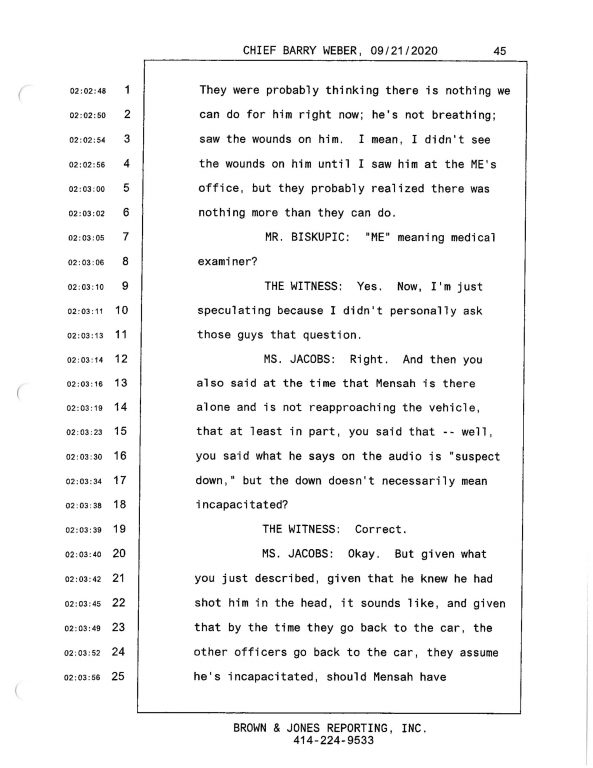 Motley has used the phrase “justification, not investigation,” to describe the police-led inquiry into Anderson’s death. It’s a story with many layers that she feels are indicative of systemic issues within WPD.

Motley has called for an independent review of the WPD, as well as a special prosecutor for the Anderson shooting. In Anderson’s case, Motley emphasizes that Mensah created a dangerous situation in which a shooting was likely to occur. In a filing pushing for a special prosecutor Motley also highlighted what she labels as shortfalls in the MPD investigation.

“Surprisingly,” the filing reads, “the police investigators failed to talk to several people who were with Jay Anderson shortly after he died, including the last person who last saw him alive and could offer an explanation as to why Anderson was in the park. This witness was easily available and willing to be cooperative with the Milwaukee Police Department and the District Attorney’s Office.” 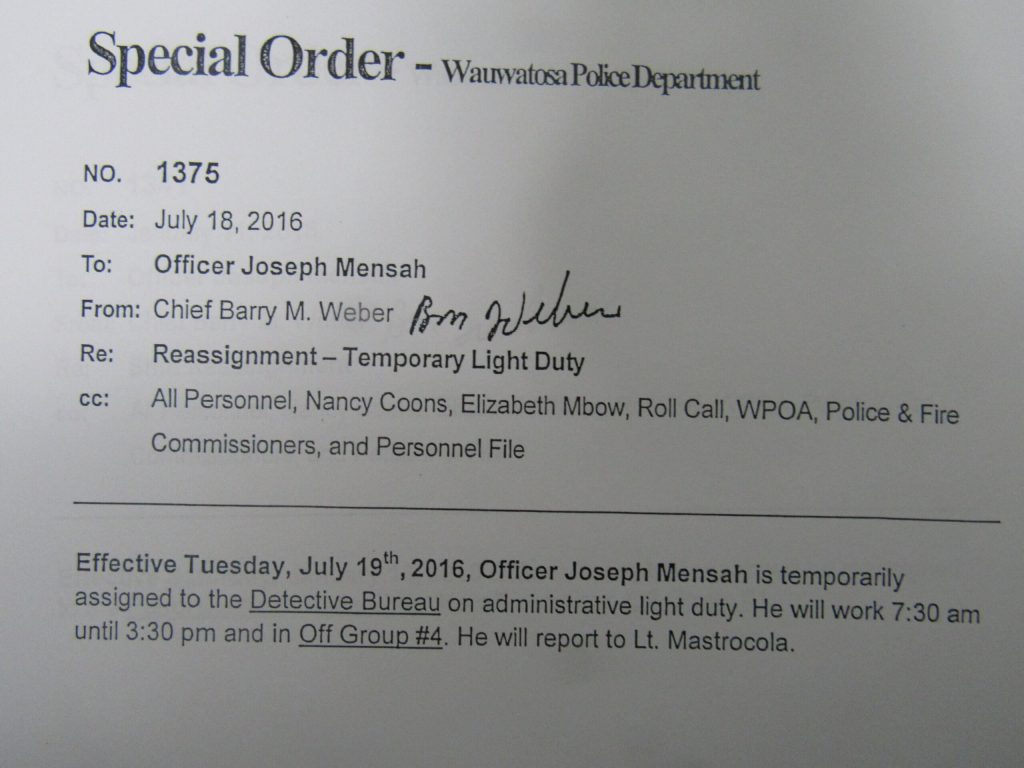 The next set court date for the John Doe hearing is March 12. Ultimately, Motley says she aims to bring charges against Mensah for the Anderson shooting. In the process, however, the civil rights attorney finds herself conducting an investigation, which she feels should have already been done.

“A more comprehensive review might have ended in a different result,” reads her filing for a special prosecutor. “Even if a criminal prosecution would not have been feasible given the burden of proof, Mensah was an officer on probation at the time, and a different tone in the report may have led him to a different career path.” It adds that, “it is incumbent upon this court to ensure Anderson’s death is properly reviewed by an independent prosecutor to ensure justice is done.”