CDA board opposes extending TIF district for affordable housing. How will village board vote? 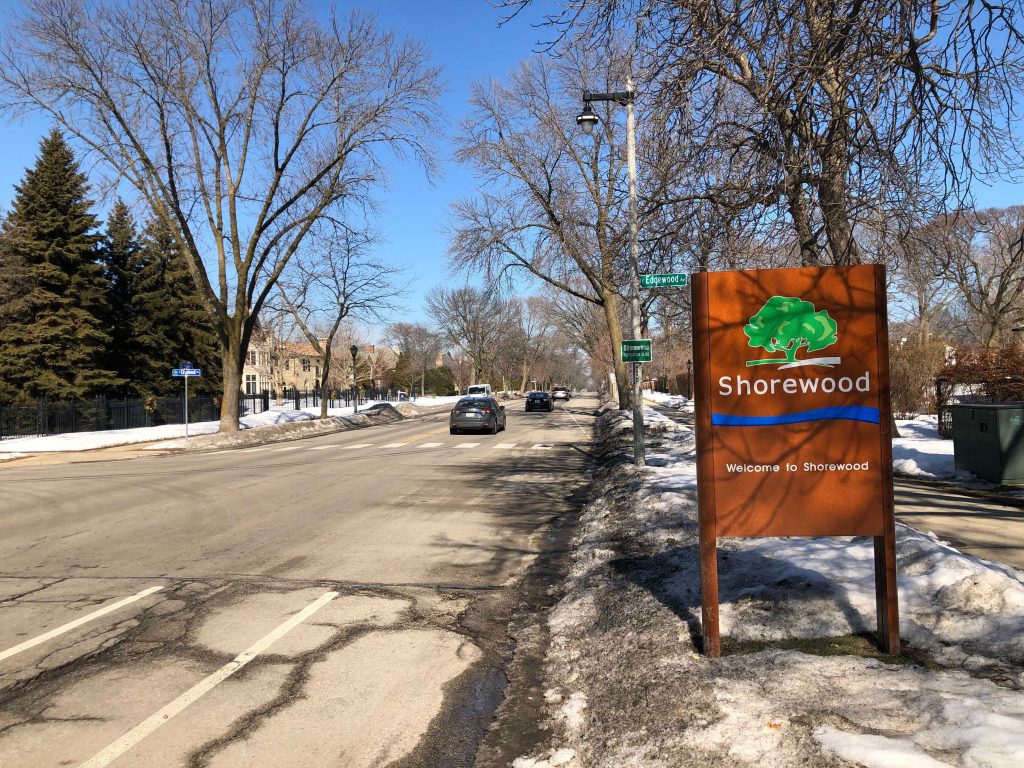 The Shorewood village trustees face a significant choice at their meeting next week Monday.

The Community Development Authority (CDA) is recommending they do the latter.

The suburban community’s first tax incremental financing district is set to close, a change that would lower the village’s property tax rate next year. State law allows TIF districts, which have a maximum life of 27 years, to be extended one year and the proceeds placed into an escrow account for affordable housing efforts.

Since 1995, incremental property tax revenue generated by properties along N. Oakland Ave. and E. Capitol Dr. (the rough boundaries of the district) has been redirected to pay down debt issued to rebuild streets, provide cash grants to developers and construct parking stalls.

“We have a goal of affordable housing, we have said that, the housing study defines that, that is clearly the goal of the Village Board, of the CDA, of everybody,” said Peter Hammond, chair of the citizen-led CDA, during the board’s February 18th meeting. “To do that, you need funds.”

“Issues about justice and equity have been at the forefront of everybody’s thoughts over the past year and when you look at residential segregation we are like 3.8% African American living next to a city that is more than 30% African American,” said Davida Amenta, a CDA board member who also serves on the Shorewood Village Board. “I did briefly look at the housing study and it talks about the history of redlining in Shorewood and it’s expensive now, and more expensive than ever.”

In reality, the racial discrepancy is greater, Shorewood is 2.9% African American, versus 40% in Milwaukee, and that ignores that only 3.4% of Shorewood residents identify as Hispanic compared to more than 17% in Milwaukee.

“I think we as a community have to start wrestling with” the disparity, Amenta said.

But Hammond and Amenta failed to persuade their fellow board members.

“I’m just uncomfortable keeping this money with not having a firm project and not sure if we will,” said board member Michal Dawson. “I just don’t see the advantage right now.”

“Whether or not we extend this, does not affect our ability to do anything to affect those issues,” said CDA member Jon Krouse.

“If the residents aren’t receiving the tax relief, than what’s the point of having a TIF district?” asked board member Desty Lorino. “By keeping this open are we really benefitting the village and fulfilling the mission of the TIF district?”

“We have probably a very bad budget issue coming our way in the next 24 months, along with every municipality in the country,” said Krouse.

But extending the TIF wouldn’t create any additional property tax revenue for Shorewood, because the state caps the amount a municipality can levy. Closing the district just increases the value of properties that are taxed, meaning it would take a lower tax rate to raise the same allowable amount of revenue.

Dawson said the village could create a TIF in the future to fund affordable housing at a specific site directly. But Amenta said there are smaller, village-wide projects that could be undertaken with the funds. “A TIF is for one particular type of big condo or rental project, but there are many other types of things,” she said. She noted that the funds could pay for grab bars at homes for seniors.

Krouse said when he thinks of affordable housing, he’s focused on creating new units. But he’s not sure that will happen.

“I personally have my doubts whether a significant affordable housing project would even get approved politically in this village,” said Krouse. “In theory people all want it, but when the rubber hits the road I’m not sure that’s actually going to happen.”

But even if that happens, the village could look to other solutions.

The funds don’t need to be spent within a specific timeline. Nor are there many restrictions on what is “affordable housing.” The state defines affordable housing as housing available for less than 30% of a household’s income.

There is at least one clear advantage to harvesting the funds through the end of a TIF. If the village wanted to create such a fund later, it would need to cut other spending to stay within a state-imposed levy limit.

Those other groups, the Shorewood school district, Milwaukee County, Milwaukee Area Technical College and Milwaukee Metropolitan Sewerage District, would not see a revenue impact from the closure, even though a TIF redirects property tax revenue from all five entities to the district. “There is no money out of their pocket for your decision,” said Emanuelson. It wouldn’t change the amount of revenue they collect, but would reduce (by a negligible amount) their property tax rates.

As the treasurer noted, the TIF doesn’t even amount to a blip on the radar of the countywide entities. But it’s a big one for Shorewood. At approximately $700,000 in municipal revenue (the village’s share of the $2.5 million annual TIF increment), it would offset approximately 6% of the village’s $11.7 million levy.

Amenta noted that the school district would see a reduction in state aid if it raises more local revenue under an equalization formula.

“This is not necessarily a ‘rock and a hard place,’ but it is a challenging question for us,” said Hammond.

A motion to reject extending the TIF district passed on a 4-2 vote. Kathy Stokebrand, also a member of the Shorewood Village Board, joined Krouse, Lorino and Dawson to vote against recommending the extension. Hammond and Amenta dissented.

The seven members of the Shorewood Village Board are scheduled to vote on the matter on March 1st.

Affordable housing groups, including the Divided by Design MKE group created in 2019 to discuss Richard Rothstein‘s acclaimed book on redlining, The Color of Law, are calling on Shorewood to create the affordable housing fund.