Team shows off phased reopening plan, beginning with 10% of capacity. 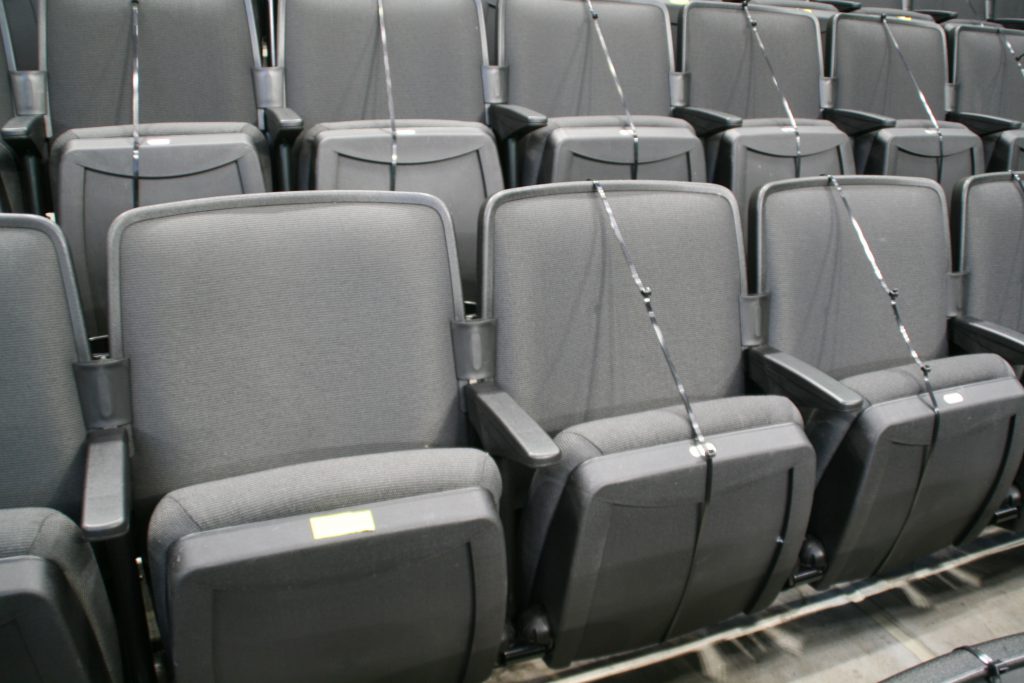 For the first time in 11 months, fans will be able to watch an event in person at Fiserv Forum.

The Milwaukee Health Department approved a health plan for the team’s public use of the arena that allows for up to 10% of seats to be occupied, approximately 1,800 fans.

The first game with fans will happen Tuesday night with 250 people, mostly friends and family members, in attendance. That will grow to 500 and 750 before the team expands to 1,800.

“I want to be clear this is a step,” said interim commissioner Marlaina Jackson at a press conference held at the arena Tuesday morning. “This is the first step in a crawl.”

“As you imagine this is a very big day for the Bucks,” said team president Peter Feigin.

Jackson said it was helpful that the team approached the issue in a solutions-oriented manner. “Which for the health department has really been a breath of fresh air,” she said.

In a month capacity could grow to 25%. City and team officials said that would be contingent on a continued downward trajectory in the disease’s spread in the city, but didn’t give a specific benchmark.

Barrett said he called Feigin after Utah Jazz center Rudy Gobert tested positive for COVID-19 on March 11th. The event, which was followed by a wave of other players testing positive, was symbolically the point at which cancelations happened across the country, including all NBA games. “When I made that call I never dreamed that 11 months later we would be fighting to get our lives back together,” said Barrett. Milwaukee recorded its first confirmed case on March 13th.

The experience for fans returning to the arena will be different than it was before, beyond just the empty seats and a mask requirement.

Under league protocols, fans sitting within 30 feet of the court will need to have a negative rapid test within three hours of tip off. Those tests will be provided near the arena for the 100 fans expected to be seated in the zone. No eating or drinking within the 30-foot zone is permitted, with those fans given access to the BMO Club under the seating bowl.

The remaining fans will find other new restrictions and practices. They will take a questionnaire at the door as part of a timed entry process. Sitting in pods, they will not be able to walk the arena concourse.

Food and drink ordering will take place via a smartphone application, with orders delivered to a cubbie at the top of the seating section. That might ultimately be a perk for fans, as items from multiple stands will be consolidated into a single order. But any consumption will need to happen while seated in a fan’s ticketed seat.

The seating experience will be different as well. The Bucks purchased well over 10,000 zip ties to secure every unavailable seat. Fans will not be able to stand to cheer, or remove their mask other than to eat and drink.

The team is instituting a two-strike policy for violations and expects to remove fans as needed. Feigin said the team would communicate the new rules through an abundance of signage throughout the arena and enforce it via an increase in the number of staff members per fan.

Those that have received a COVID-19 vaccine will not receive special treatment or get to bypass any of the screening protocols.

What if a player tests positive? The San Antonio Spurs have multiple confirmed cases at the moment and other teams have suffered outbreaks throughout the season.

Jackson said with a declining caseload citywide the health department now has capacity to engage in contact tracing should an issue arise.

Approximately one third of the NBA’s 30 teams allow fans in some capacity at games. That total is expected to grow significantly in the coming weeks.

Other Milwaukee venues are also working through city-required health safety plans to allow in-person patronage, including the Milwaukee Ballet. The health department eased restrictions in the city’s health order earlier this month. 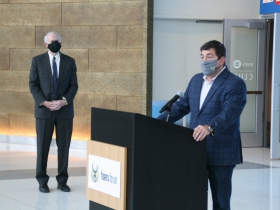 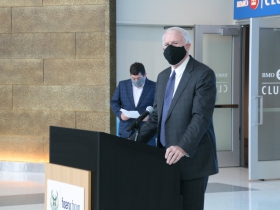 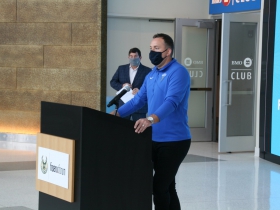 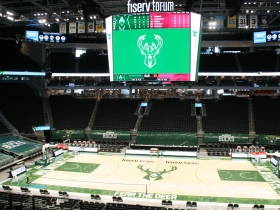 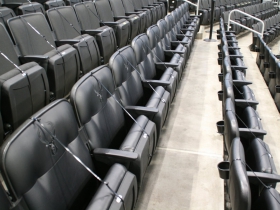 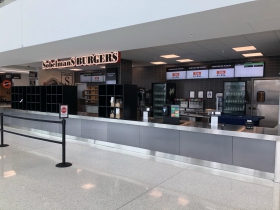