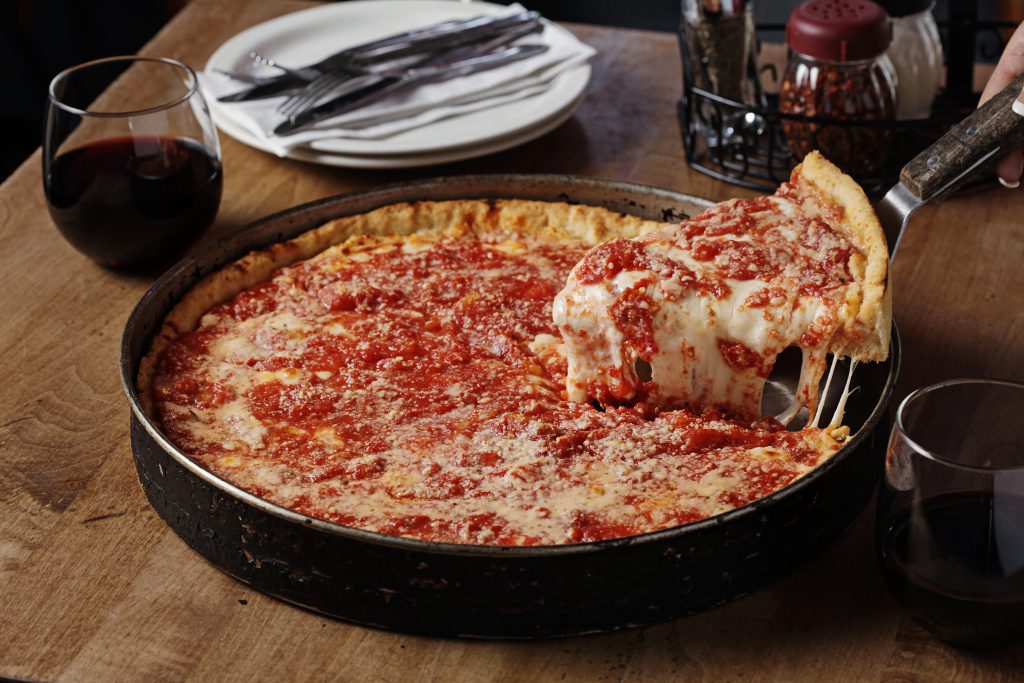 The 1,888-square-foot storefront is located in a multi-tenant retail building at 2720 N. Grandview Boulevard, with a Starbucks drive-thru, Verizon store and Great Clips salon. The space leased by Lou Malnati’s previously housed a Firehouse Subs restaurant, which opened in 2019 for only about a year.

The Chicago-based deep dish pizza chain declined to comment on the lease.

“We don’t have any details to share about new spaces at this time,” said marketing manager Natalie Levy in an email.

Mo’s Irish Pub, 142 W. Wisconsin Ave., has announced via social media that it will reopen for business on February 24. “We’ve missed you Milwaukee!” the post reads. “Join us on Wednesday, February 24th for a perfect pint and Mo’s delicious scratch cooking.” The pub had been closed since last year due to the pandemic, and has reopened in time for St. Patrick’s Day, a holiday that typically brings in good business for the pub.

The popular traveling popsicle stand will soon get a third permanent location in West Allis at 71st and Rogers. Dan Devine, the mayor of West Allis, shared a photo to his Facebook page of a “coming soon” sign displayed on the outside of the business’ future home. The photo’s caption reads “Pete’s Pops coming to 71st and Rogers in West Allis? This is a beautiful thing!” Pete’s Pop confirmed this news by sharing the post on its own Facebook page, writing “Really excited to give it a go and get involved in another community. Can’t wait to meet the people of West Allis.”

Pete’s Pops began as a traveling popsicle cart that would pop up at farmers markets. In 2018, the business established a production facility at 3809 W. Vliet St. where the popsicles are made and sold out of a pick-up window. Pete’s Pops expanded its reach last year by opening the dog-friendly The Pop Shed in Bay View at 916 E. Russell Ave.

A new restaurant that will specialize in soul food and powerful cocktails is coming soon to 4706 W. Fond Du Lac Ave. Tim Stotts, a longtime MCTS bus driver, is opening the restaurant, and says the space’s laid back, mature atmosphere will be its selling point. Urban Milwaukee reported the story:

A Taste of Soul MKE will serve an assortment of soul and pub-style food with a worldly twist.

“I like to travel, so you get your different ethnic tastes in it,” Stotts says.

Familiar dishes will take on new forms thanks to the addition of Mexican and Caribbean flavors and Stotts’ homemade soul food seasoning. The Greek Freak Wings, for example, are chicken wings made using just Stotts’ homemade seasoning with some Greek spices tossed in for good measure.

On the drink menu, Stotts promises cocktails that will pack a punch. He’s particularly excited about a drink called Do the Right Thing — named so because ‘doing the right thing’ would limit yourself to only drinking one of them. The Do the Right Thing and other cocktails at A Taste of Soul MKE are modeled after the rainbow margarita but will instead feature a blend of top shelf Patron and Hennessy.

While the drink menu is loud and colorful, Stotts aims to keep the noise level at A Taste of Soul MKE down. He says there won’t be any food tables, dart boards or a dance floor — instead, guests will sit at couches and listen to the R&B stylings of artists like Luther Vandross. Eventually, he hopes to rent the space out for family-friendly events such as baby showers and birthday parties.

But for now, the restaurant awaits the remainder of its liquor licenses before it opens. Stott’s isn’t sure exactly when that will be, but he is positive that Milwaukee will get a taste of soul sometime in March.

Colectivo Coffee’s Bayshore mall location in Glendale has announced that it has permanently closed its doors. The cafe, located at 5735 N. Bayshore Dr., had already been temporarily closed since March of 2020 due to the pandemic. The Journal Sentinel’s Eddie Morales reports:

“We are saddened for our co-workers and the neighborhood this cafe serves, but this cafe is simply not viable in the ongoing COVID environment,” Scott Schwebel, vice president of marketing, said in an email.

The Milwaukee-based coffee shop has 12 remaining Milwaukee-area cafes, three in Madison and five in Chicago.

Anodyne owner Matthew McClutchy cited the effects of COVID-19 for closing the stand at the market. “We feel it is best to consolidate and focus on our locations in Bay View, Wauwatosa, the Milwaukee Public Market and Walker’s Point,” he said in the announcement.

Anodyne was one of the market’s original 10 vendors, occupying the front southeast corner of the public market since opening in June 2019, at 6300 W. Mequon Road.