A Taste of Soul MKE Will Sell Its Atmosphere 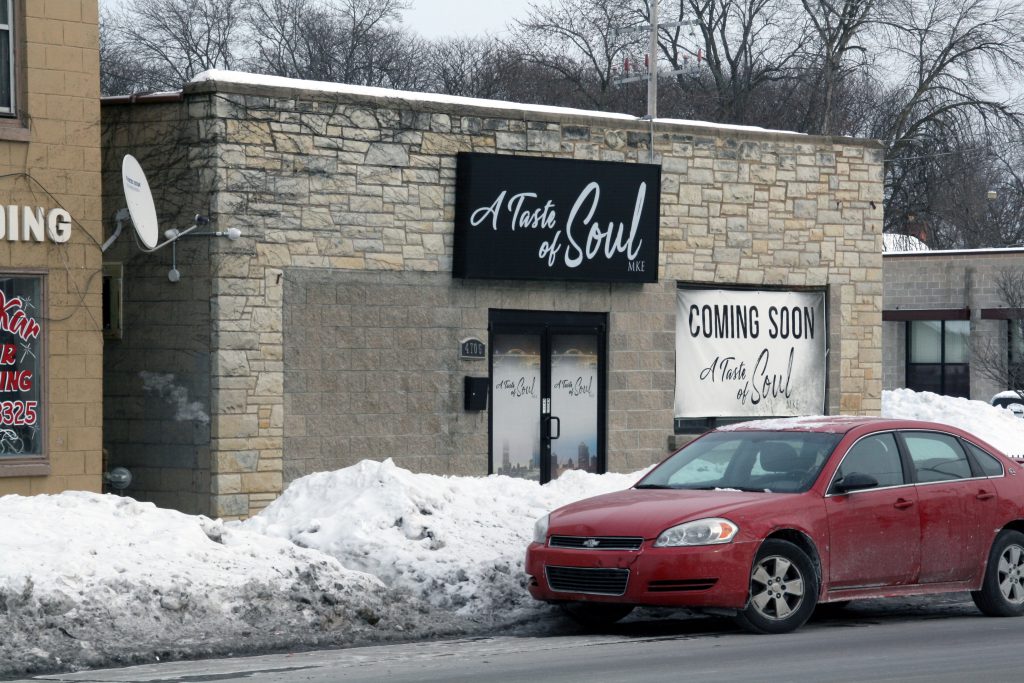 You’d be hard-pressed to find a restaurant boasting a soul food experience without at least one of these ingredients on its menu. And A Taste of Soul MKE, a soon-to-be-open neighborhood restaurant located at 4706 W. Fond Du Lac Ave., will offer all three. But the not-so-secret ingredient that owner Tim Stotts is really hoping will sell, is the vibe.

“We’re not just trying to sell food and liquor,” Stotts says. “What we’re selling at the top of the menu is the atmosphere.”

A Taste of Soul MKE aims to establish itself as a laid-back space to enjoy a meal or a drink — a lounge-style restaurant offering soul-inspired dishes and heavy-handed cocktails to the backdrop of an r&b soundtrack. Stotts purchased the 1,584-square-foot building for $133,000 in April of 2020 as part of a retirement plan after working as a Milwaukee County Transit System bus driver for over 11 years.

“When you retire, you gotta find something to do,” Stotts says. “So why not work for yourself and have a restaurant and lounge where you can go and have some nice food and cocktails and serve your community?”

And while Stotts claims that the atmosphere is what’ll keep the customers coming back, the food and drink menus — while not made completely available to the public yet — are shaping up to be the real stars of the show.

A Taste of Soul MKE will serve an assortment of soul and pub-style food with a worldly twist.

Get a daily rundown of the top stories on Urban Milwaukee
“I like to travel, so you get your different ethnic tastes in it,” Stotts says.

Familiar dishes will take on new forms thanks to the addition of Mexican and Caribbean flavors and Stotts’ homemade soul food seasoning. The Greek Freak Wings, for example, are chicken wings made using just Stotts’ homemade seasoning with some Greek spices tossed in for good measure.

On the drink menu, Stotts promises cocktails that will pack a punch. He’s particularly excited about a drink called Do the Right Thing — named so because ‘doing the right thing’ would involve limiting yourself to only drinking one of them. The Do the Right Thing and other cocktails at A Taste of Soul MKE are modeled after the rainbow margarita but will instead feature a blend of top shelf Patron and Hennessy.

While the drink menu is loud and colorful, Stotts is still aiming to keep the noise level at A Taste of Soul MKE down. He says there won’t be any food tables, dart boards or a dance floor — instead, guests will sit at couches and listen to the R&B stylings of artists like Luther Vandross. Eventually, he hopes to rent the space out for family-friendly events such as baby showers and birthday parties.

But for now, the restaurant is standing by while it currently awaits the remainder of its liquor licenses before it opens. Stott’s isn’t sure exactly when that will be, but he is positive that Milwaukee will get a taste of soul sometime in March.

“Even if we don’t have all of our liquor licenses, we have to do something,” says Stotts. “We gotta keep the lights on.”

The building was most recently home to Elation Wine & Dessert Bar. Built in 1949, it housed Fruit Ranch Market led by Tony D’Acquisto for decades and was later home to the King of Kings Missionary Baptist Church.