Legislators wrong to criticize inmates getting the vaccine when prison infection rates are so high. 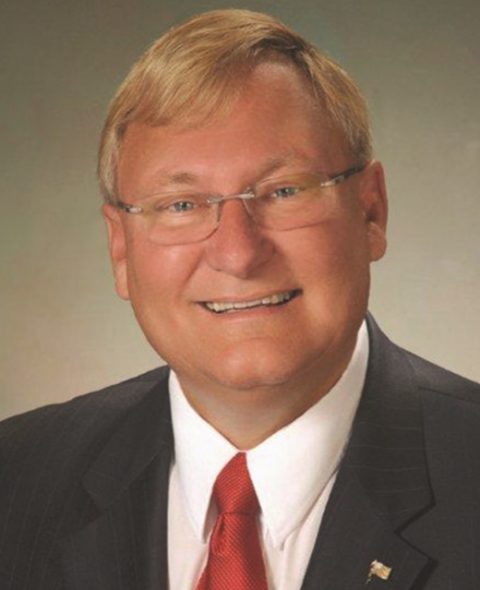 Van Wanggaard. Photo from the State of Wisconsin Blue Book 2015-16.

Amid the outcry over the insanity of Republican legislators trying to overturn Gov. Tony Evers’s mask mandate, a particularly outrageous display of Republican COVID callousness hasn’t received the attention it deserves.

And that’s the GOP’s effort to block inmates from getting immunizations ahead of the general population in Wisconsin.

Never mind that the COVID outbreak has hit jails and prisons in Wisconsin at astonishing high rates, with slightly more than 50% of all inmates in Wisconsin correctional facilities coming down with the virus.

As of Jan. 29, there have been 10,782 positive tests in Wisconsin prisons, which have 19,858 inmates. There have been 25 COVID-related deaths and currently 908 prisoners are in quarantine and 45 are in isolation, according to the Department of Corrections website.

Never mind that CDC guidelines recommend that inmates get vaccinated at the same time as guards, while the Republicans in Wisconsin oppose this.

“Jurisdictions are encouraged to vaccinate staff and incarcerated/detained persons of correctional or detention facilities at the same time because of their shared increased risk of disease,” says the CDC on its website (and the bold letters are its own). “Outbreaks in correctional and detention facilities are often difficult to control given the inability to physically distance, limited space for isolation or quarantine, and limited testing and personal protective equipment resources.”

But the Republicans want inmates to get in line just like everyone else in their age group, even though people in other confined facilities, such as nursing homes, can get vaccinated now.

Leave it to State Sen. Van Wanggaard (R-Racine) to demagogue on this issue.

In addition to complaints from Assembly Speaker Robin Vos and Wisconsin Manufacturers & Commerce on vaccinating prisoners, another critic was the new Assembly co-chair of the Joint Finance Committee, Rep. Mark Born (R-Beaver Dam).

“Elderly Wisconsinites have been locked in their homes for the last year waiting and waiting for a vaccine. Instead, the committee that advises Gov. Tony Evers and DHS are recommending to vaccinate Wisconsin prisoners instead?” he stated on Twitter.

But the cancer survivor can quarantine at home, or double mask, or avoid crowds, and minimize the risk of infection. The inmates cannot. And inmates, by the way, were not sentenced to COVID.

She added: “The other thing that’s really important to remember is that outbreaks in a prison have an effect on the community as well. It’s not like it’s contained within a prison when inmates become ill from this illness they spread it to the people who work in the prison, and the people who work in the prison go out into the community and spread it to others.”

So, like most demagoguery, the Republican demagoguery on this issue is dangerous.

Even before the Republicans promoted this bill, I thought inmates in Wisconsin who got infected with COVID would have a good chance of succeeding in court under the Eighth Amendment of the U.S. Constitution, and Article 1, Section 6, of the Wisconsin Constitution, prohibiting cruel and unusual punishment.

Now if this bill became law, inmates would have an even greater chance of success.

And if Republicans will not be moved by basic human decency, maybe they will be moved by the liability they are exposing all of us to as Wisconsin taxpayers.