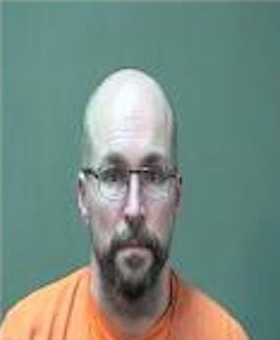 The Grafton resident was arrested on December 31st after the hospital system told police that around 570 doses (57 vials) of Moderna’s COVID-19 vaccine were purposely left at room temperature overnight, rendering them useless. Aurora had originally believed the act to be a mistake, but said that an interview with Brandenburg revealed it was an intentional act. The vaccine is required to be stored at sub-zero temperatures and then refrigerated before administration.

The federal government is charging Brandenburg, 46, with recklessly disregarding the risk posed to another person by tampering with vials of the vaccine at Aurora’s Grafton facility on December 24th. As part of the plea agreement, he would plead guilty to two charges of attempting to tamper with a consumer product. Brandenburg left vials out on both December 24th and 25th.

Fifty-seven doses of the affected vaccine were ultimately administered to patients on the morning of December 26th. According to the plea agreement, an investigation is underway is understand if those doses were inert or pose a health risk.

According to court documents, Brandenburg believed the vaccine to be unsafe and capable of altering a recipient’s DNA. The former pharmacist is represented by attorney Jason Baltz.

The pharmacist’s license was suspended by the Wisconsin Pharmacy Examining Board.

A full copy of the plea agreement can be found on Urban Milwaukee.

More about the Vaccine Tampering Pharmacist