New paneling harkens back to when S. 27th Street was U.S. Highway 41. 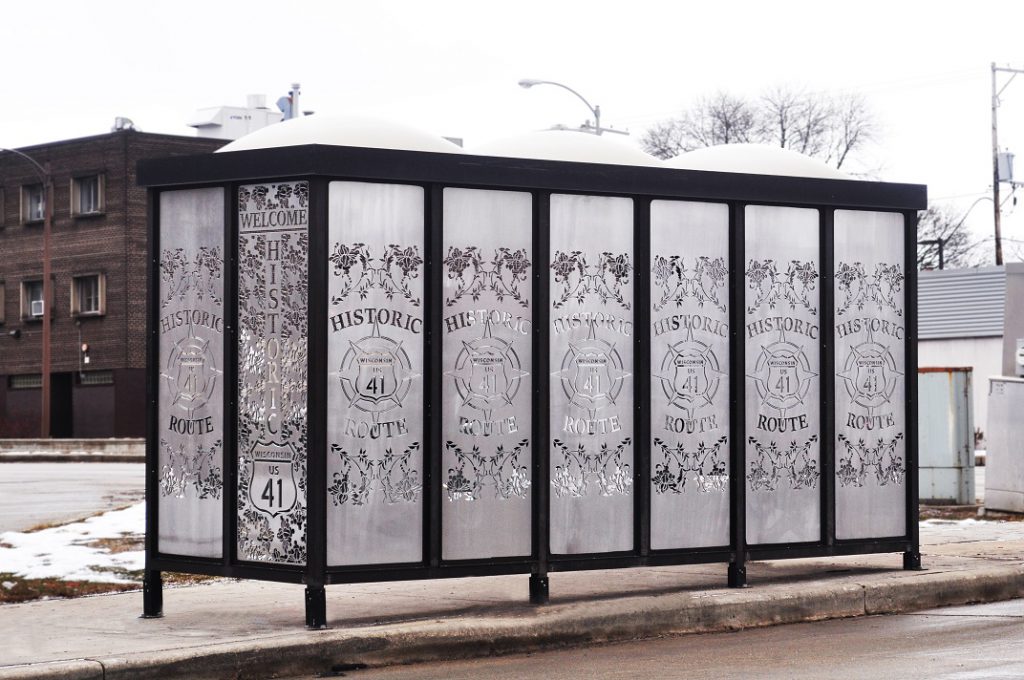 A series of bus stop shelters on S. 27th St. were redecorated with an eye to the street’s historic role.

The shelters were refitted with paneling remembering the historic U.S. Route 41.

Before Interstate 94, Route 41 was the major highway running north to south in Wisconsin connecting the metro areas of Chicago and Milwaukee. The designation dates back to 1926.

Even today, 27th Street is heavily used, and according to the Milwaukee County Transit System, it is one of the highest ridership corridors in the region.

This small tribute to the transportation history of the region came together as a collaboration between the South 27th Street Business District Association, the Milwaukee County Transit System and a handful of south side electeds — Supervisor Jason Haas and Aldermen Scott Spiker and Mark Borkowski.

“We are delighted to deliver a fresh new beautification concept for bus shelters in the Historic Highway 41 business corridor,” said Tara Cavazos, executive director of the South 27th Street Business District Association, in a statement.

The new shelters were designed by local artist Ryan Laessig, owner of Milwaukee Alt and the co-founder of Bubbler Studios. The new panels are plexiglass and covered in a graffiti proof coating and they feature the highway shield of Route 41. Lake Auto Group, a business within the 27th Street corridor was the one to polish and graffiti-proof the panels.

Haas said the project was an “excellent example” of public-private partnerships and Spiker called it an “exciting illustration” of things that can happen in a community when everyone works together.

It builds on a program first introduced in 2018 to add art to the system’s shelters.

4 thoughts on “Southside Bus Stops Get Nod to History”