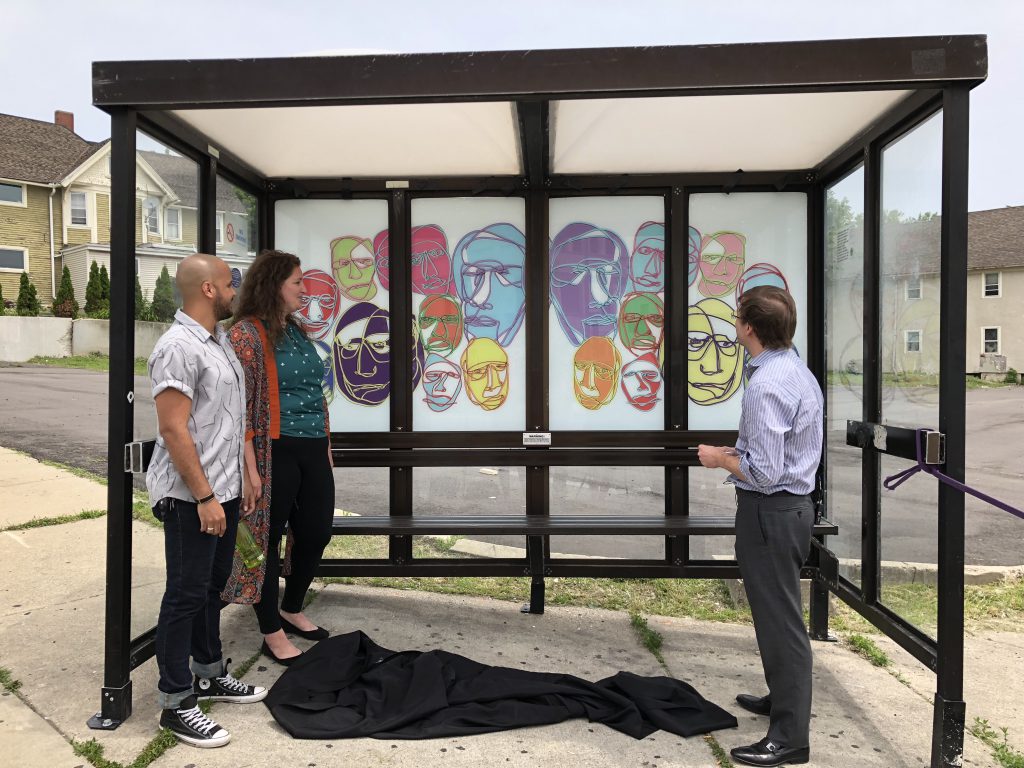 The Milwaukee County Transit System is seeking to beautify the hundreds of shelters it owns across the county.

A partnership between MCTS and Bus Art Project MKE, led by Lybra Ray, will install large vinyl stickers on a number of bus shelters.

The first such shelter was unveiled this afternoon at the northeast corner of N. Humboldt Blvd. and E. North Ave. Milwaukee County Executive Chris Abele was on hand to reveal the first installation and announce a $5,000 personal donation to fund 10 more installations.

“We love Milwaukee, we love art, we love Milwaukee art,” said the county executive at a press event before removing the ceremonial black curtain. “I think most people would agree this is better to see than what you normally see in bus shelters,” he added after pulling back the curtain.

“To actually see it in person, I feel like a good kid in a candy shop,” added Ray, a 30-year-old Milwaukee native who grew up riding the bus. The project was inspired by a similar project Ray executed in Sheboygan that put art inside of buses.

The first piece, dubbed “Cluster,” is a series of large heads designed by artist CK Ledesma. Ledesma, a Puerto Rico-native, said that the piece represents unity and includes the heads of his friends from Puerto Rico as well as the United States.

The second installation, designed Charity Ekpo, is on the southwest corner of N. Humboldt Blvd. and W. Center St. The piece is called “Raining on Your Parade.” Both of the initial installations are in Riverwest, with the next installations planned for the Walker’s Point and Bay View neighborhoods.

MCTS spokesperson Brendan Conway told Urban Milwaukee that the bus system is providing “the most unique canvas in Milwaukee.” He said the organization is focused on identifying highly-visible shelters primarily in the city. Conway hopes additional groups, like neighborhood associations and business improvement districts, step forward to provide the $500 necessary to print and install the art. The artwork has been donated to the project by the artists.

Including Abele’s donation, approximately $5,600 has been raised to-date, according to Ray. Additional donations can be submitted at the project’s GoFundMe page. More information is available at RideMCTS.com/art.

A number of shelters won’t be touched by the project. The bus shelters currently displaying advertising are owned and maintained by Clear Channel, but that still leaves approximately 600 other county-owned shelters according to Conway. 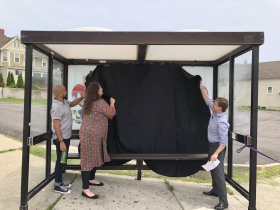 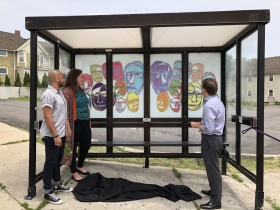 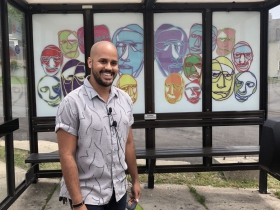 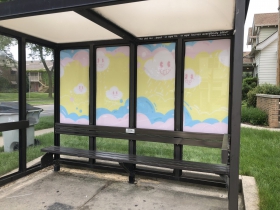 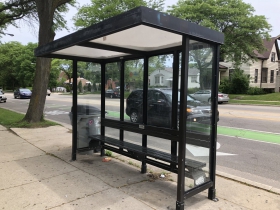 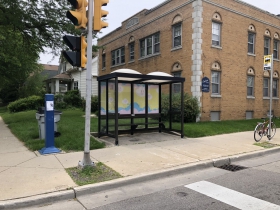