9% of Wisconsin Residents Have Tested Positive for COVID-19

One death reported Sunday, down from Saturday's record 128.

The Wisconsin Department of Health Services reported 1,606 new COVID-19 cases Sunday from 6,674 processed tests. The total pushes the state over the 9,000 cases per 100,000 residents threshold, indicating that 9% have tested positive for the virus.

A total of 521,794 people have tested positive, a total that undercounts the actual spread of the virus given early testing limitations and other undiagnosed, asymptomatic cases. On December 24th we reported that the state had gone over the 8% threshold.

The Wisconsin Hospital Association reported that 853 people were actively hospitalized with a confirmed case of the disease, a decrease of 58 from a day prior and 146 from a week ago. Thirty days ago the total was 1,330.

DHS reported 103 people were newly hospitalized in the past 24 hours in its daily data release. A total of 23,076 people have required hospitalization since the outbreak began, 698 in the past week.

DHS reported one new death, a total in line with the past three Sundays (two, one, four). But far below the record 128 deaths reported Saturday. A total of 5,451 Wisconsin residents have died as a result of the virus, including 1,083 in Milwaukee County. 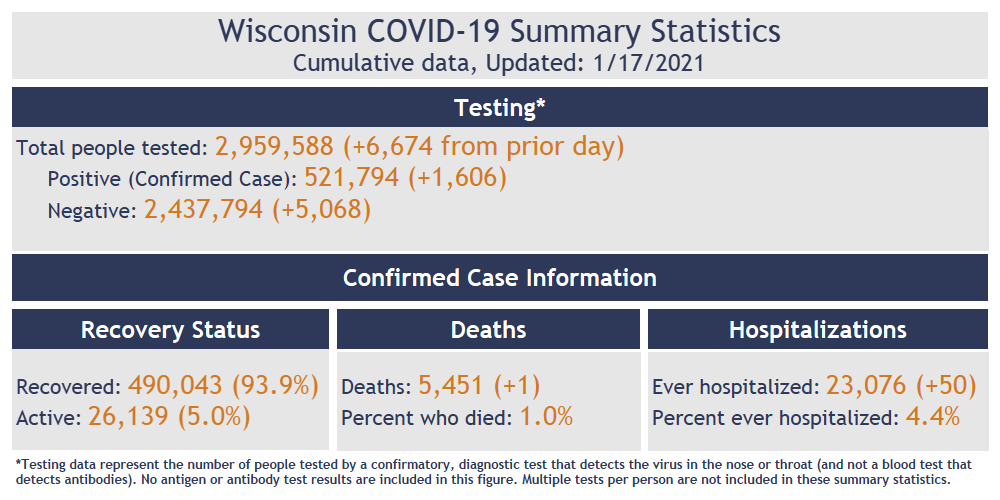 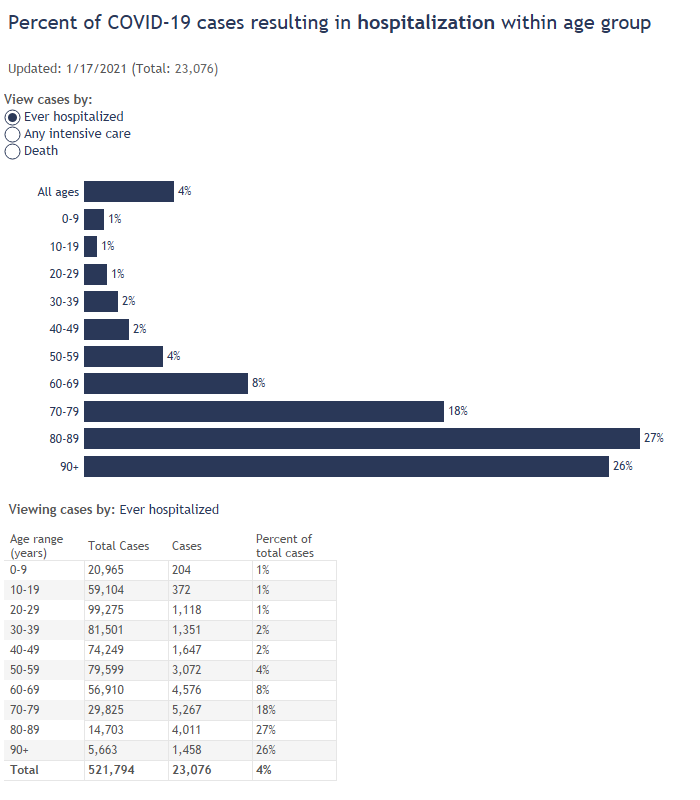 One thought on “WI Daily: 9% of Wisconsin Residents Have Tested Positive for COVID-19”