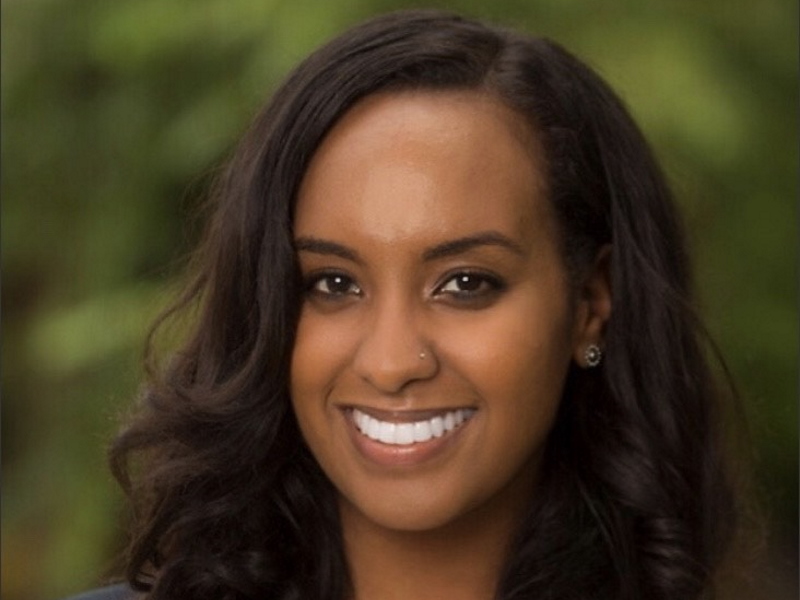 “I am excited for the opportunity to come home,” said Makda Fessahaye, Mayor Tom Barrett‘s nominee to serve as head of the city’s Department of Employee Relations, on Wednesday.

And based on her first appearance before the Common Council, the city is happy to have her.

Fessahaye, an attorney, currently works for the State of Wisconsin as the administrator of the Division of Adult Institutions at the Department of Corrections. She would serve as human resources director for the city in her new role.

“I am no stranger to the interaction and sometimes convergence of law, policy and politics,” she told members of the council’s Finance & Personnel Committee Wednesday morning.

Alderman Scott Spiker said he was impressed by Fessahaye, 30, after meeting with her. He asked her thoughts on what the city could be doing with remote work, something it hasn’t truly embraced until the COVID-19 pandemic.

“I think we know that going back to the workplace post pandemic is going to look different,” said Fessahaye. She said she supports the flexibility that telecommuting offers and that it has led to productive gains for some roles.

She said it could also be a recruiting edge, particularly for out-of-town candidates. The nominee said virtual meetings could be leveraged and the flexibility could be an appealing retention tool.

Fessahaye also cautioned against thinking all younger people would like remote work. “I think it is important we do not use a broad brush when discussing generations,” she said.

She also added that she doesn’t have all the answers, and would rely on her new colleagues. “I am willing and open to listening to other ideas,” she said.

“I was very impressed with her experience,” said Ald. Nik Kovac of his one-on-one meeting.

He asked, publicly, about her thoughts on both hiring a more diverse workforce and integrating those individuals into the existing workforce.

Fessahaye said she has encountered the challenge with the Department of Corrections, where those who are incarcerated are often of a different race from those working for the department.

She said she has seen positive results from a multi-step equity and inclusion training program.

“I think a lot of government agencies have a lot of work to do when it comes to recruitment and retention,” said Fessahaye.

Alderwoman Milele A. Coggs, who also holds a law degree, asked Fessahaye how her experience as an attorney would help her in a human relations role.

The nominee said she would not be practicing as an attorney in her new role and would rely on the City Attorney’s office. But she said her background would help with practices and procedures, particularly as it relates to handling complaints.

Coggs also asked about Fessahaye’s stance on labor relations following the 2011 implementation of Act 10 that eliminated collective bargaining for most government workers. Fessahaye discussed what she said was a positive relationship with AFSCME, the largest public employee union, at the state level, but said she needed to learn more about the city situation.

She told the committee she was drawn to a career in public service after discussions with current Municipal Court Judge Derek Mosley and former assistant city attorney Genevieve O’Sullivan-Crowley.

Fessahaye’s parents immigrated to the United States from the eastern Africa country of Eritrea. Fessahaye said she moved to Milwaukee when she was five from Washington D.C. and watched her parents find their way. Her mom earned a degree from Milwaukee Area Technical College and her dad launched the Pan-African Community Association. Her father, Fessahaye Mebrahtu, now works for the Archdiocese of Milwaukee.

“As the son of immigrants, I am always happy to see another immigrant family do well,” said Alderman Michael Murphy. He thanked Fessahaye for her thorough answers.

Ald. JoCasta Zamarripa said she knows Fessahaye’s father and thinks Makda will be a great addition to the city.

Fessahaye received a bachelor of science degree from Northwestern University in 2011. She graduated with a juris doctor degree from Marquette University in 2014. Fessahaye is the immediate past president of the Wisconsin Association of African-American Lawyers and is a board member of Women in Focus.

While she would ultimately be responsible for staffing other city departments, she’ll also head the Department of Employee Relations which has an approximately $4 million budget and funding for 60 full-time equivalent positions. The director position pays approximately $140,000.