By Ruth Conniff, Wisconsin Examiner - Dec 18th, 2020 10:24 am
Get a daily rundown of the top stories on Urban Milwaukee 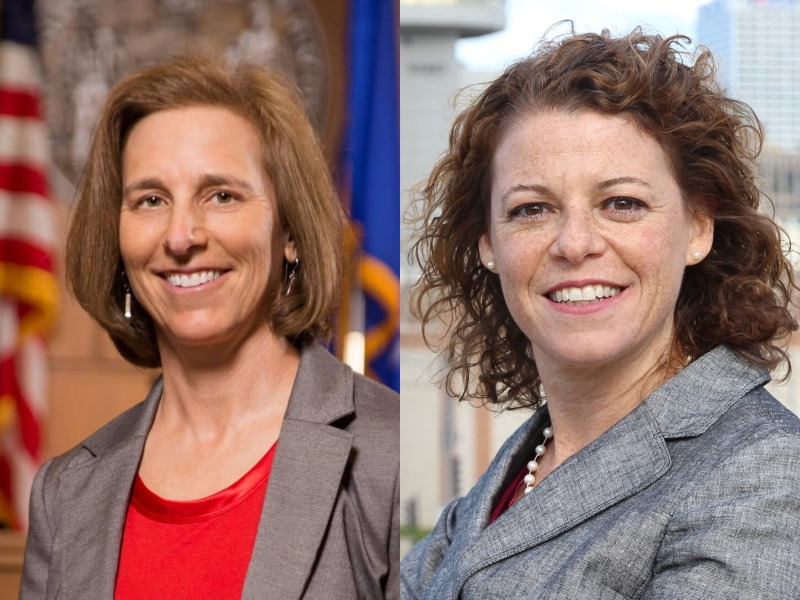 Trump supporters unleashed a barrage of obscenity on Wisconsin Supreme Court Justice Jill Karofsky after Karofsky joined the majority in a decision rejecting the Trump campaign’s lawsuit seeking to throw out more than 200,000 votes in Dane and Milwaukee counties.

Progressive Magazine editor Bill Lueders has published the contents of some of those messages to Karofsky, which the Progressive received in response to an open records request. In an article co-published by the Wisconsin Examiner, Lueders also reported on the contents of critical voicemail and email messages aimed at conservative Wisconsin Supreme Court Justice Brian Hagedorn, who wrote the majority decision rejecting the Trump campaign’s lawsuit.

The messages to Karofsky were both cruder and more aggressive than those directed at Hagedorn. Justice Rebecca Dallet also shared email, voicemail, and written messages denouncing her for joining the decision.

“Powerful Jews came together to assure their people hold as many positions of power as possible,” it asserts, and repeats anti-Semitic canards about a cabal of wealthy Jews who dominate Ivy League universities and businesses.

Both the blog post and the obscenity-laced messages to Karofsky’s office focus on her comment that the Trump campaign’s effort to throw out votes “smacks of racism.”

During oral arguments, Karofsky pointed out to Trump campaign lawyer Jim Troupis that he was seeking to throw out votes only in the two Wisconsin counties with the highest number of Black voters. “This lawsuit, Mr. Troupis, smacks of racism,” Karofsky said. “I do not know how you can come before this court and possibly ask for a remedy that is unheard of in U.S. history. … It is not normal.”

The anti-Semitic blog post asserts that the “racism hoax” is “very close to the hearts of the Jews.”

A caller who identified himself as a Republican from Florida left a voicemail message for Karofsky stating: “This is a major fraud election and it had nothing to do with f—ing racism. You understand that? It has to do with the rule of law. People broke the law. It is mainly Black people in minority areas. It’s happening in the Democratic-run mainly Black areas.” (The lawsuit did not allege any fraud committed by individual voters.) The caller concluded: “You need to step down. You’re a f—ing idiot.”

Another caller, who did not give his name, stated: “Yeah, I heard that they arrested a Black man in a Black neighborhood in one of these big Democratic cities. That smacks of racism, man. Why would they arrest a Black man in a Black neighborhood? Maybe that’s because that’s where the crime just played, how ’bout that? It smacks of racism, though, don’t it?”

Another caller told Karoksky, “You are the tyrant bitch who allows cheating and fraud to put a socialist puppet of China in the White House.”

In all, Karofsky received 35 critical phone messages, compared to just two that were positive.