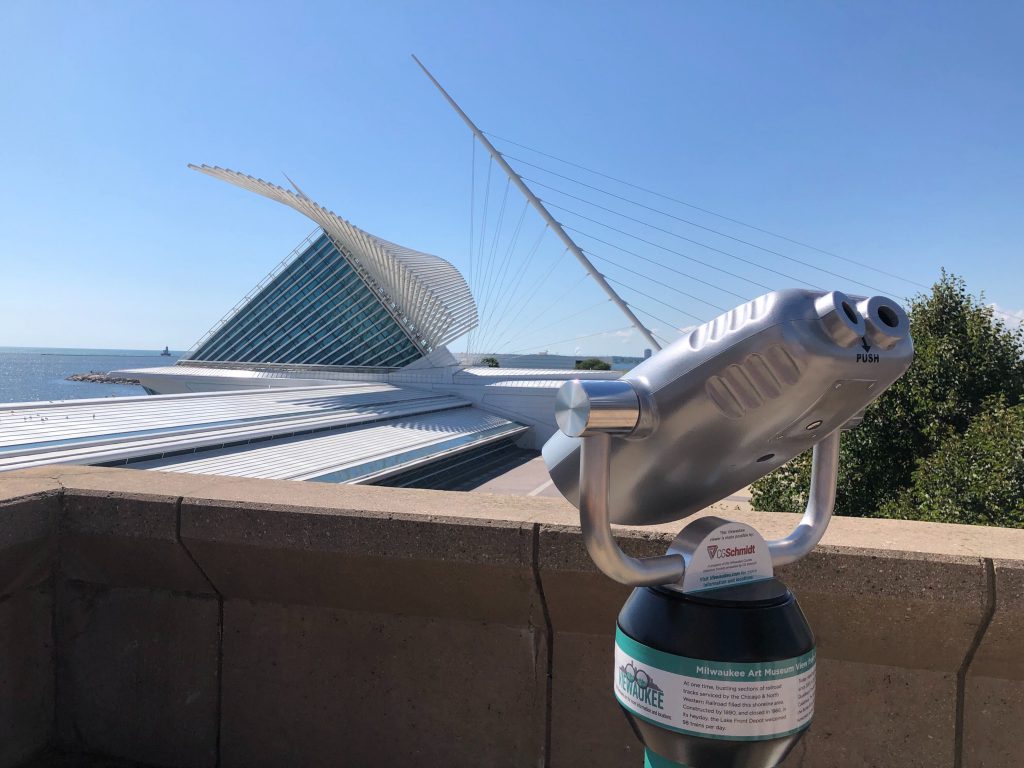 Viewaukee in front of the Milwaukee Art Museum. Photo by Jeramey Jannene.

Not long after workers at the Milwaukee Art Museum (MAM) ratified their union in a National Labor Relations Board election, the museum closed and a number of employees were furloughed.

In November, the art museum, along with most of the other major cultural institutions in Milwaukee temporarily closed until at least the end of the year. All cited the restrictions on indoor gatherings enacted due to the COVID-19 pandemic as a major impetus for shutting down operations.

This occurred just a week after MAM employees won a National Labor Relations Board union election. They are now represented by the International Association of Machinists and Aerospace Workers (IAM) District 10.

As of December 1st, the museum has furloughed a number of employees. It’s the second round of furloughs. The first was in June. The union says more than 80 workers have been affected by the furloughs.

In a statement, the union said “Many MAM workers now find themselves without a source of income, right before the holiday season, in the face of end-of-year bills, and with increased heating costs due to the upcoming winter.”

In response, the new union has set up a fund for the workers, soliciting donations they will use to provide grants to their furloughed colleagues. Their goal is to raise $7,500 before the new year, and use that to provide $150 to 50 workers that have been affected.

The union has set up a GoFundMe, and as of publishing it has raised $1,950.

Get a daily rundown of the top stories on Urban Milwaukee
The union represents all non-management positions at the museum. And when they announced they were organizing in August, one of major issues raised by workers was the effect that pandemic furloughs were having on them. “The vast majority of the museum’s employees of color work in the lowest paid jobs and were disproportionately impacted by the museum’s furlough,” union organizers noted.

Like all other efforts at labor organization, the workers started the union to gain a greater voice within the organization. They explained that workers were often “sidelined and discounted” and that they a union could help them “ensure MAM will not take advantage of employees’ vulnerability during the ongoing pandemic.“

Along with the GoFundMe, the union announced that it plans to hold food drives and organize time banking.

One thought on “Art Museum Union Fundraising for Furloughed Workers”