Will the city hire no new police officers over the next three years? If so, someone needs to inform the citizens

One of the main reasons I supported the acceptance of the $9.7 million federal COPS grant is that I could not envision a situation where the city would not hire any new police officers over the next three years. While the 2021 budget reduced the authorized strength of the of MPD’s sworn ranks by 120 positions, it is likely that actual sworn police strength will be substantially lower than the authorized sworn strength in future years. This is because more than 350 officers are eligible to retire over the next three years and it is a good bet that many of those eligible to retire will retire.

This means the sworn strength of MPD may be reduced by several hundred officers in the coming years, no matter how many positions are authorized in our budgets.

Historically, the city would backfill the MPD retirements with new recruit classes so actual sworn strength would remain close to the budgeted authorized sworn strength each year. Again, historically we would not have hesitated to accept federal grant funds to finance a portion of the cost of these new recruit classes rather than depend on property tax revenue—a savings for city taxpayers—under the theory that if you have to spend the money anyway, why not accept federal funds to cover part of the cost.

Many legitimate concerns have been raised about policing and public safety. I share most of these concerns. We need to strengthen police accountability, we need to review and assess police methods and practices, we need to revisit the residency issue, we need to review and assess police recruiting and training, and we need to debate the “right size” of the police department both because of financial pressures and policy considerations. Perhaps Milwaukee only needs a police force of 1,300 sworn officers and not the 1,700 or so currently employed. Perhaps the right number is 1,600, or 1,400 or 1,000.

At minimum there should be a public debate over how many police officers is enough police officers–a debate that includes our citizens, our voters and our taxpayers. The problem with the Council’s vote to reject the COPS grant is that a majority of the Council has signaled that no new officers will be hired over the next three years, which effectively sets the “right size” of the MPD at somewhere between 1,300 and 1,400 officers, depending on how many retirement-eligible officers actually retire.

I suspect that a majority of our citizens and taxpayers may not be comfortable with that number once they learn the possible effects of such reductions on response times, closure rates, reckless driving and traffic enforcement, quality of life enforcement, and community oriented policing. Then again, there may be consensus at some point after a full and open debate on all aspects of policing. The problem is that this debate, on this level, has not happened. I felt that in the meantime, accepting federal funds to finance a recruit class of 30 officers was a reasonable action.

I believe hiring these 30 officers next year (by approving the COPS grant) would in no way impede the city’s ability to downsize the force in future years, through future budgets, if that is the result a majority of citizens and taxpayers support. 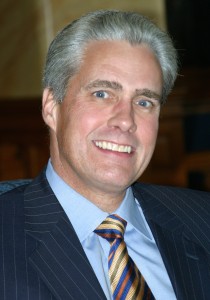