Wisconsin’s COVID-19 outbreak has reached a level of consistency in the past week. The state continues to report a number of cases, new hospitalizations and deaths that would have been unfathomable as recently as early October, but that no longer depict a rapidly worsening situation.

Things are worse than they were at any point over the spring, summer or early fall, but daily data doesn’t show signs that things are getting worse. But testing is also in decline alongside cases.

Impacts from any gatherings over the Thanksgiving holiday week should start to become visible in the data in the coming week.

The Department of Health Services reported 4,114 new cases on Tuesday from 9,591 processed tests.

The seven-day case total stands at 27,133, below November 18th’s record report of 45,946. September, when Wisconsin’s surge started, accounted for 46,671 cases in its entirety. The seven-day testing total stands at 78,673, below November 18th’s record rolling total of 133,019 tests. The testing total is filtered to only include individuals who were tested for the first time or have been tested previously but are receiving their first positive diagnosis.

The Wisconsin Hospital Association reported that 1,556 people were actively hospitalized with a confirmed case of the disease, a decrease of 10 from a day ago and 271 from a week ago. Thirty days ago the total was 1,860.

DHS reported 214 people were newly hospitalized in the past 24 hours in its daily data release. A total of 18,500 people have required hospitalization since the outbreak began, 1,128 in the past week.

Get a daily rundown of the top stories on Urban Milwaukee
DHS reported 68 new deaths. A total of 3,806 Wisconsin residents have died as a result of the virus, including 787 in Milwaukee County. 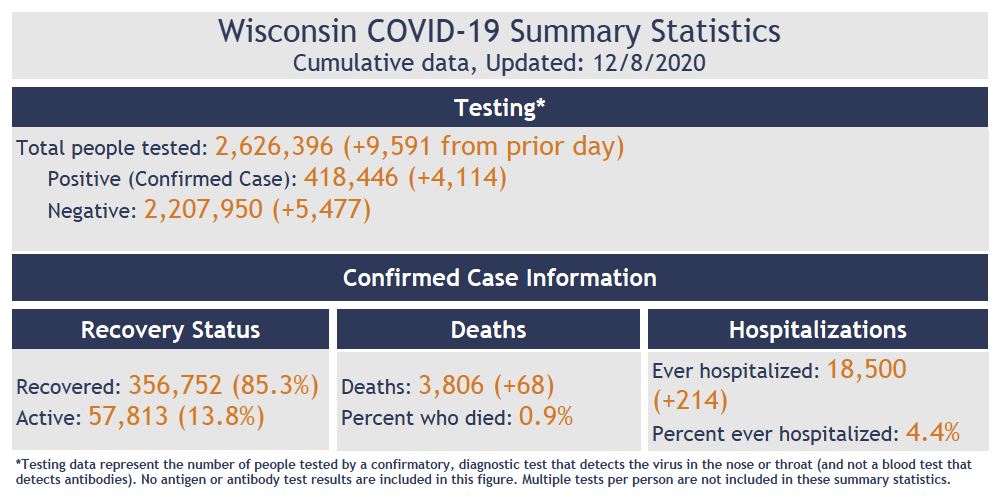 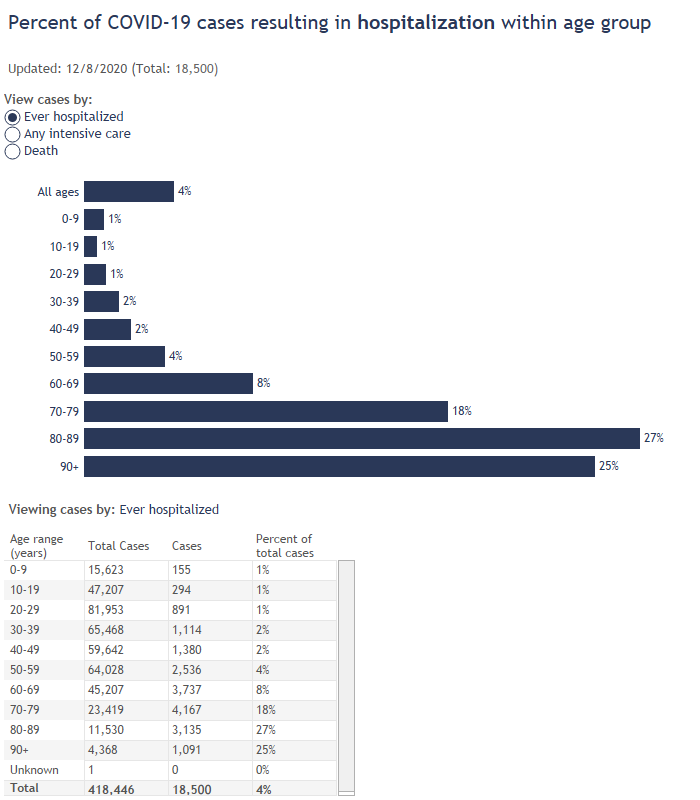