Please follow normal procedures and allow all petitioners to be heard on critical issue of gerrymandering.

As the executive director of the Wisconsin Democracy Campaign, I am writing to you to oppose Petition 20-03 submitted by the Wisconsin Institute for Law and Liberty (WILL) regarding the process for hearing legal challenges to redistricting.

The Wisconsin Democracy Campaign is dedicated to open and transparent government and to a democracy where everyone has an equal voice. We also are strong advocates for independent, nonpartisan redistricting. We believe gerrymandering is wrong, whether Democrats or Republicans are doing it.

We oppose this petition for the following three reasons:

First, we see no compelling reason why any legal challenge to redistricting should jump immediately to the Wisconsin Supreme Court rather than work its way through the courts in a normal fashion. The establishment of a record at the lower court level would enhance transparency and enable the citizens of Wisconsin to grasp the evidence in the case and the competing arguments as they wend their way through the courts.

Second, we are concerned that we and other nonprofit public interest organizations could get aced out of any hearing on redistricting maps before the Wisconsin Supreme Court. The WILL petition, in Section 5(b), requires only that the political parties be heard by the Court in any dispute over the maps. It does not allow room, explicitly at least, for groups like ours that have a longstanding interest in this issue to be heard. Redistricting is not simply a dispute between the parties. It is a matter of great public interest, and our 1,600 members are intensely concerned about it and would, I’m sure, want us to be able to present our view to the court.

Third, the proposed rule that WILL is advancing gives the Court the leeway to disregard the procedures and requirements laid out in the rule itself. So that’s no rule at all if it allows you to toss everything out the window and just do what you want. If you’re going to have a rule, it should be abided by, and it should be transparent, and it should be applied in a fair manner.

I appreciate your consideration of our views on this matter. 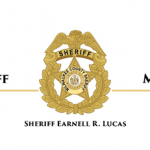