New signs will light up sky at night, be visible from above. 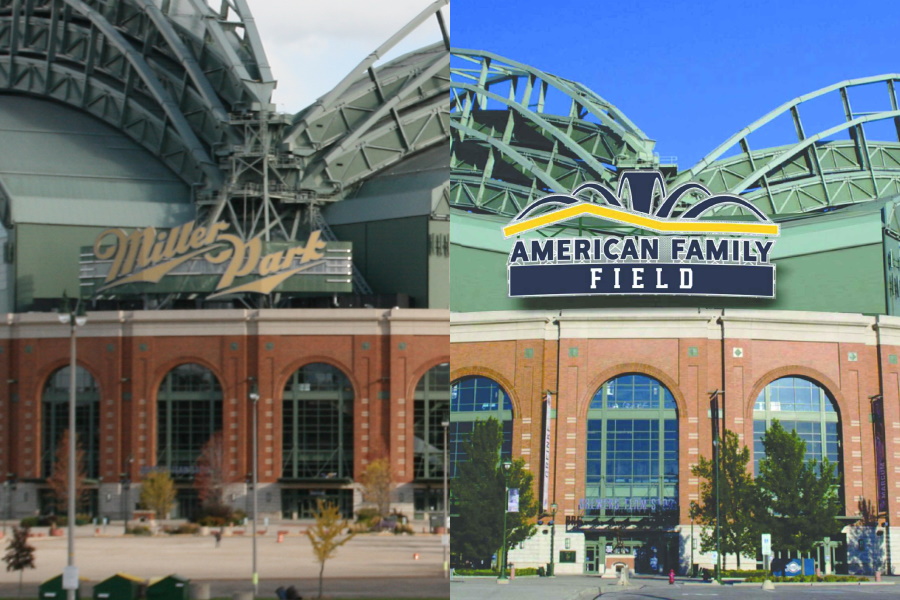 The Milwaukee Brewers and the Southeastern Wisconsin Professional Baseball Ballpark District are preparing to transform Miller Park into American Family Field in 2021.

Named for American Family Insurance, the 15-year naming-rights deal replaces the 20-year agreement Molson Coors and its predecessors have held since the ballpark opened. American Family will pay approximately $4 million as part of the deal.

Permit applications are pending with the City of Milwaukee to replace four illuminated signs, and add at least one entirely new sign.

Similar to Fiserv Forum, the roof of the ballpark will get a sign. The move aids brand visibility on aerial shots of the city. But unlike the downtown arena, the design must reflect the reality that the ballpark roof moves.

A conceptual rendering submitted to the city shows a sign atop the third-base side when the roof is open. When the roof is closed it would slide into the middle position above center field.

The same company that installed the Bucks’ arena rooftop sign, De Pere-based Jones Sign Company, will install the new ballpark signs. Unlike the Fiserv Forum sign, the in-progress permit application does not indicate the ballpark sign would be illuminated.

The largest replacement sign is known as a pivot sign and will replace the Miller Park sign above the home plate entrance at the northwest corner of the ballpark. It will measure 43 feet by 95 feet. The replacement signs will be internally illuminated with LED lights, a departure from the uplighting on the current signs.

Get a daily rundown of the top stories on Urban Milwaukee
Other signs to be replaced include the branding sign above the digital scoreboard (32 by 65 feet), the clock tower sign (11 by 23 feet) and the doubled-sided Interstate 94 sign that adorns the vertical signage post near the freeway (10 by 28 feet).

The signs are far from the only ones that need to be replaced at the ballpark, but they are the largest.

A copy of the request for proposals submitted to the city shows the contractor will also need to remove the existing signs and place three in a parking lot for preservation.

MolsonCoors remains a sponsor at the ballpark and will have the naming rights to a new section in left field. American Family’s naming rights agreement also includes naming rights for the team’s Phoenix spring training complex. 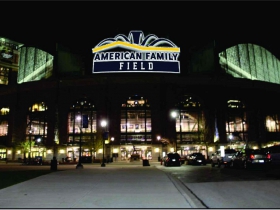 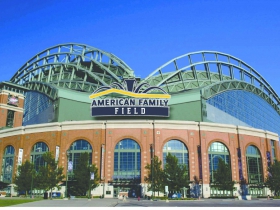 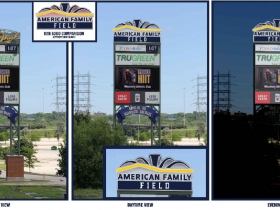 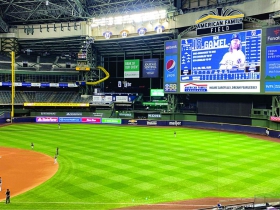 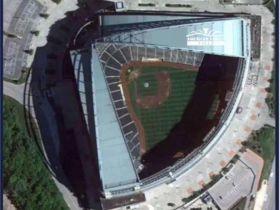 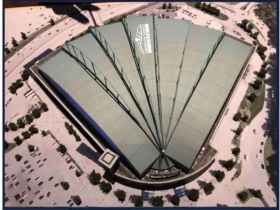