The Wisconsin Department of Health Services reactivated its online COVID-19 data portal Monday after it was locked Saturday and Sunday. The state’s electronics records system that provides the underlying data was down for scheduled upgrades, resulting in a data blackout starting Friday evening.

The seven-day total of new cases set a new seven-day high of 21,699. The record has been repeatedly broken in recent weeks. The seven-day case high before September, and now October, brought a surge of cases with it was 6,512 for the week of July 26th.

Testing data was off the charts, a likely indicator that it does not filter out people being tested for a second time. DHS encouraged caution when its data was restored and to focus on seven-day averages for the time being.

But the testing totals are so high that they push the seven-day total and averages to record highs. A total of 179,820 processed tests were processed in the past week according to new DHS figures, a spike from the 93,275 reported before the system was offline temporarily.

The surge in the testing totals throws off the positive case rate, which has hovered near 20% for the past month. Monday’s data has it at 8.96% for 24 hours, which would be the lowest one-day total since September 3rd.

The Wisconsin Hospital Association reported 1,172 active hospitalizations on Monday, a record high. The figure is up 82 from Sunday and up 207 from a week ago. Thirty days ago the figure stood at 407.

DHS Secretary-designee Andrea Palm predicted the increase in a press briefing last week, based on record levels she said things would get worse before they get better.

The State Fair Park alternative care facility that opened last week is still empty according to a DHS dashboard. Officials said last week they were fielding calls from hospitals trying to send patients.

DHS reported 12 new deaths, bringing the statewide total to 1,600. There have been 556 deaths recorded in Milwaukee County. An average of 11.97 deaths per day have been reported across the state over the past 30 days, the highest average on record. A month ago the rolling average was 5.80.

According to DHS data, 3,730.6 out of every 100,000 Milwaukee County residents have tested positive for COVID-19 since the outbreak began.

The statewide average of cases per 100,000 residents rose to 3,007.9. Wisconsin has recorded a per-capita rate of 627.9 per 100,000 in the past two weeks according to the DHS activity level report released Wednesday. 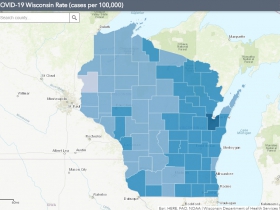 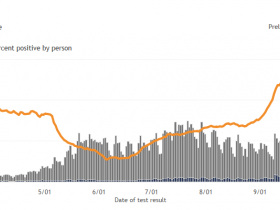 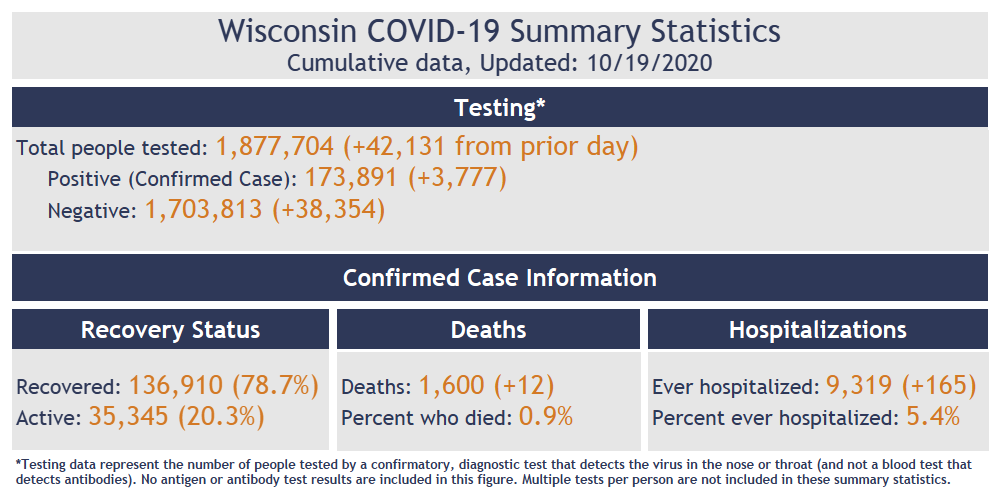 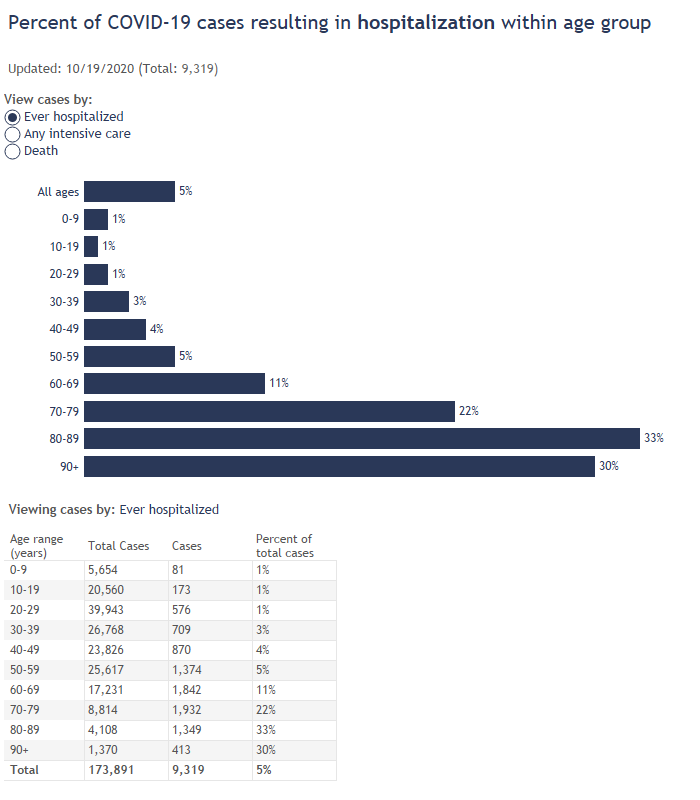