Temporary order by judge ending statewide limits is overruled by another judge.

By Shawn Johnson, Wisconsin Public Radio - Oct 19th, 2020 03:56 pm
Get a daily rundown of the top stories on Urban Milwaukee 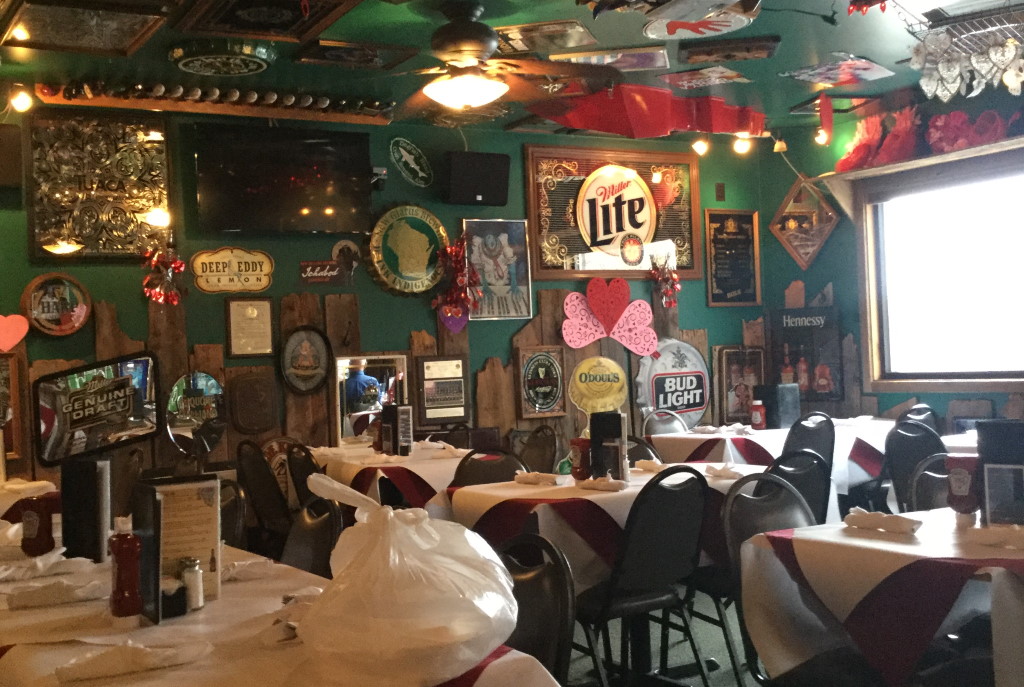 Wisconsin’s statewide restrictions on bar and restaurant capacity are back in place following a ruling Monday by a Barron County judge.

While the ruling may yet be appealed, the Tavern League of Wisconsin indicated Monday that it would comply with the state’s order.

Gov. Tony Evers‘ administration issued the restrictions in an effort to slow the spread of COVID-19 through an emergency order issued by Department of Health Services Secretary Andrea Palm on Oct. 6. They took effect on Oct. 8 and are scheduled to remain in place until Nov. 6.

While the restrictions include a long list of exemptions, they directly affect bars and restaurants, which are limited to 25 percent of their usual capacity.

“To this court, it is not clear that plaintiffs have a reasonable probability of success on the merits,” Babler said.

Babler denied a request by the Tavern League for an injunction that would have blocked the restrictions. He also lifted a temporary restraining order Judge Yackel issued last week.

In a statement issued after the ruling, Tavern League of Wisconsin President Chris Marsicano did not mention any plans to appeal the decision.

“The Evers’ Administration order is now in effect until November 6th,” Marsicano said. “We are obviously disappointed in the ruling and the catastrophic effects it will continue to have on small businesses across Wisconsin.”

“This critically important ruling will help us prevent the spread of this virus by restoring limits on public gatherings,” Evers said. “This crisis is urgent. Wisconsinites, stay home. Limit travel and going to gatherings, and please wear a face covering whenever you have to go out.”

While no one can say for sure how another judge would have handled this case, the move to substitute judges may have proven significant to its outcome.

Judge Yackel, the first judge to hear the case, issued an order siding with the Tavern League just a day after the lawsuit hit his courtroom and before the Evers administration had even had a chance to respond.

But under Wisconsin law, parties to a case are allowed to ask one time to substitute a judge. The Wisconsin Department of Justice, which defended the Evers administration, exercised that option, asking for a judge to replace Yackel.

The case was then bounced to Bayfield County Judge John Anderson. At that point, the Tavern League’s lawyers made their own request for a substitute judge.

That sent the case to the Barron County courtroom of Judge Babler.

“I know there are passions on lots of sides here,” Babler said from the bench Monday. “It’s the livelihood of people. It’s the lives of people.”

Babler said part of the reason he did not issue a temporary injunction is that there was no evidence presented in the case that the Evers administration’s latest order had actually harmed the businesses who were suing.

“I don’t see how anyone has been harmed by the order, at least by these plaintiffs, because no one has told me they’ve changed their behavior,” Babler said. ”

He said there was no evidence in the record that any local public health officers had tried to enforce the new order and no evidence that members of the public had followed it.

“You know, many people don’t pay attention to the law,” Babler said. “In fact, most people don’t.”

Babler also based his decision on his reading of the May Wisconsin Supreme Court ruling that struck down Wisconsin’s “Safer at Home” order. In the ruling, justices said in a footnote that their decision did not affect part of a law that gives DHS Secretary the power to close schools. That same law references the power of the DHS Secretary to forbid public gatherings.

“It’s not as clear cut as either side would like to make it,” Babler said. “I beg the Supreme Court for clarity.”

That could yet happen in this case. While the Tavern League’s statement suggested that it was unlikely appeal, another party to the case still could.

Attorney Misha Tseytlin intervened in the case on behalf of a bar in Amery. Tseytlin is one of the go-to lawyers for Wisconsin Republicans who’s been involved in a wide array of high-profile cases.

Should the case find its way to the Supreme Court, it’s unclear how the court might rule. The court had a 5-2 conservative majority when it struck down “Safer at Home.” That majority has been trimmed to 4-3, putting the spotlight on conservative Justice Brian Hagedorn, who sided with the Evers administration in May.

In one, which was filed with the help of the Wisconsin Institute for Law and Liberty (WILL), a judge sided with Evers, ruling that nothing in state law prevented the governor from issuing multiple orders for the same pandemic. WILL has indicated that it will appeal that ruling.

The other was filed directly with the Wisconsin Supreme Court a petition “original action,” meaning that if the court accepts the case, it would bypass the usual appeals process. That case was filed by Jeré Fabick, a board member and policy adviser for the Heartland Institute. The Evers administration has until Thursday to respond to the challenge.