The Good Samaritans Among Us

Two Black citizens stop to help a white man in a late night car crash. Are all of us willing to do such good? 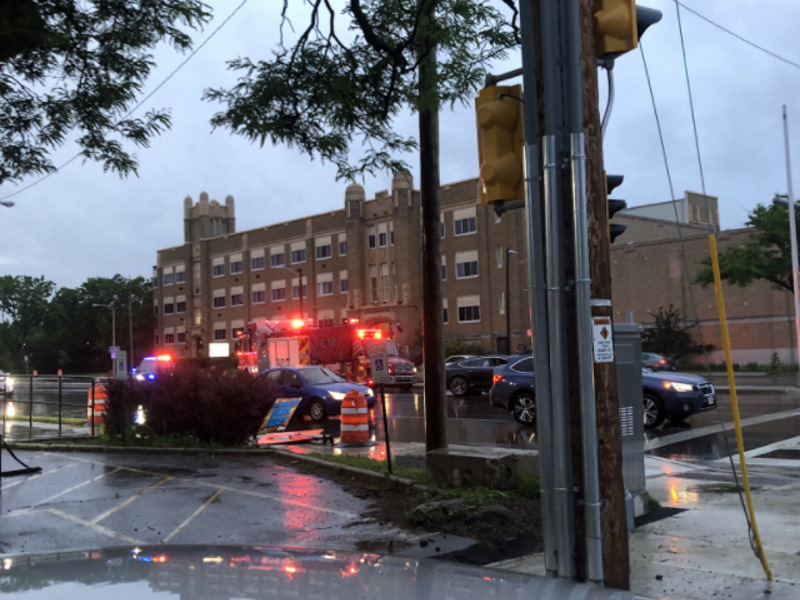 Milwaukee, the Black community, the police, first responders and medics all collided on my first day back at work this summer. I have been reflecting a lot on that rainy afternoon.

Our Department for Integrative Medicine was initially closed for a few months anticipating the pandemic. George Floyd was brutally murdered by police just a couple of weeks earlier and civil unrest had begun before similar situations in Kenosha and Wauwatosa boiled over. The unrest in the community was palpable. I have lived in Milwaukee most of my life but now the overwhelming wave of fear of having one of my high-risk family members contract COVID-19 was superseded by a wave of white guilt after yet another video of police brutally.

That June this disease was little understood and scary but after several months without pay, I saw little option other than getting back to work.

I headed home that June and got off at the Capitol Drive exit to head toward Shorewood. Right on the freeway exit, a car was wrecked in the middle of the road. A luxury car with a broken window and broken glass everywhere. As I drove closer I saw a very unconscious middle-aged white man being dragged from the car and CPR was being started right there. I panicked.

I trained as a midwife and remember “always stop” being drilled into me. I did. I parked and ran over.

A young African American woman in scrubs was performing chest compressions as hard as she could in the rain, in the middle of the road while wearing a mask. Another nurse, I assume, was timing the compressions, and the African American gentleman who broke the window and unlocked the car door to get this man out was nervously hovering.

I checked the unconscious man’s pulse and it was very faint and there was still no breathing. I tried an acupressure point on his hand for revival. The nurse called out that her arms were giving out and I moved in to take over. The police arrived and administered Narcan immediately. I heard this gentleman take his first huge gasp of air since my arrival on the scene.

We rolled him onto his side as he was still unresponsive while we tried to get him out of the middle of the road. The paramedics arrived and hollered for us to get out of the way so they could do their assessment. I put my arm around the nurse as she shook and told her she was a hero and probably just saved a life. She expressed concern for running late for work and ran to her car after giving her name to a female police officer who was interviewing us all.

The man who broke the window disappeared as soon as the police arrived. Later on, as I recounted the story to my Mom, she commented that he probably left because he didn’t want to be blamed for the situation or injured by police. I knew she might be right and my heart sank.

Nurses are heroes and earth angels. I don’t know who else would so willingly and without hesitation perform CPR during a pandemic on a wet, rainy street to save someone they don’t even know.

Police are overworked and being asked to do far too much, often out of the scope of their expertise. Police also save lives. But heroes shouldn’t have to bow out early because they are afraid of the police, ever. I don’t want to live in a city where that can ever be a possibility.

The media is often portraying sensational stories that further the racial divide. How often do the community and first responders come together to work and help each other? These humanitarian situations happen far more often and their stories need to be told.

We have a lot to learn from the African American community that has modeled forgiveness, interconnection, willingness to listen, and help. They have been good Samaritans, like this nurse who probably saved a life and rushed off to work without missing a beat.

I grew up going to Milwaukee Public Schools, kindergarten through 12th grade. I had the experience of being a minority, at least in the sense of where I went to school at Rufus King, only a few blocks from the accident.

I long considered myself an exception to the rule of “those other white people.” Growing up, the stories I heard from my Black classmates of their experience with police — I couldn’t relate to. You are scared of them? Why? The police in my neighborhood handed out baseball cards. Did you get a DWB (driving while Black) really? Is that REALLY a thing? I embraced denial over their lived experience and testimony.

But we now have hundreds of hours of video proof — and nothing, still nothing seems to be changing.

My denial had to stop. And I have lost friends and started fights on social media in an attempt to control or change viewpoints. We cannot shame others into seeing our point of view.

When I drove back home I couldn’t get out of the car. I texted friends about what had happened and stayed in my car for an hour while I tried to stop shaking. I cried for my city, the man that overdosed, and for the segregation in the city that I love that I can’t fix.

So I say to the Milwaukee community, especially the white community, it’s time for us to be the good Samaritans to our own city. Kindly reach out, listen, and change hearts. When that doesn’t work we have to work our hardest to change laws.

2 thoughts on “Op Ed: The Good Samaritans Among Us”