Focused on diversity and racial equity, mural will be located in middle of campus.

Artist Mauricio Ramirez will paint a new mural focused on diversity and racial equity near the center of Marquette University‘s campus.

The university announced Ramirez’ mural, “Our Roots Say That We’re Sisters,” on Tuesday afternoon. The piece will depict two women of color surrounded by flowers in the Milwaukee-based artist’s signature geometric style.

“This mural will serve as a starting point for a program which will bring in a diverse range of artists to contribute to Marquette’s physical campus environment. Mr. Ramirez’s concept, as was the case with each of the proposals we received, will beautifully showcase the diversity, richness and complexity of our community and reflect our current cultural moment,” said William Welburn, vice president for inclusive excellence.

A committee advanced it as one of three options for the student body to vote on. Ramirez’ mural received 63 percent of the approximately 1,400 votes cast.

It will be at least the third mural Ramirez paints in Milwaukee this year. In April Ramirez painted a mural at S. 6th St. and W. Lincoln Ave. honoring frontline workers early in the pandemic. A block west he painted “Virgen de Guadalupe” across from the Basilica of St. Josaphat.

His artwork was featured on the credential given to virtual delegates for the Democratic National Convention.

Ramirez has become a prolific artist in Milwaukee, and increasingly, across the country. His biggest piece, a 5,000-square-foot piece known as “Heat and Sol,” can be seen on the side of Westown office building. He also repainted utility boxes on Wisconsin Avenue as part of Milwaukee Downtown’s 2017 effort to turn the bland boxes into canvases for art. Just in Milwaukee he has murals in Bay View, on Historic Mitchell Street, in Walker’s Point, the Lower East Side and the Crisol Corridor. He also has murals in a growing number of other cities, including New York, Chicago and Baltimore. In recent months he has painted murals in Colorado and New Mexico. 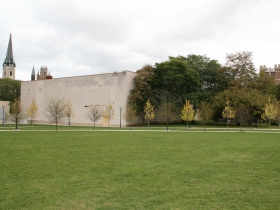 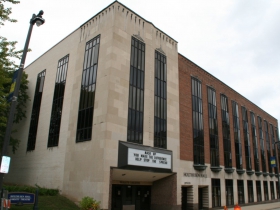 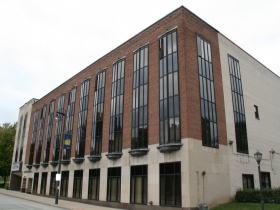 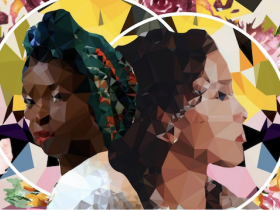