Rerocc buys and sells shoes and clothing that are unique, difficult to come by. 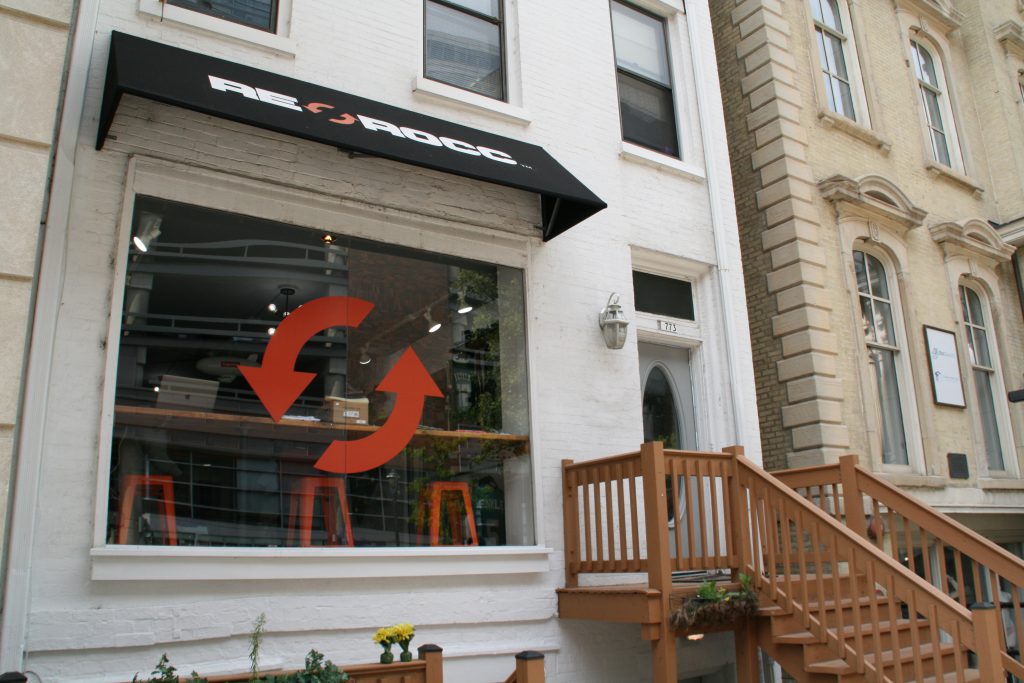 One man’s trash is another man’s treasure. That’s the motto that Ravaunte Mckinley-Hutchins has followed since he was a child. And for the last eight years, it’s what has driven his business model as well.

Mckinley-Hutchins is the owner of Rerocc, a buy-sell-trade oriented clothing store that officially opened at 773 N. Jefferson St. on September 14. The shop specializes in selling hard-to-find, but sought-after, clothing with an emphasis on shoes. It’s not a vintage or thrift store — its a shop where you’d look to find that limited edition shoe that sold out before you could get your hands on it. Mckinley-Hutchins points to the Nike SB Ben and Jerry Chunky Dunky skateboarding shoe as an example of a product that he sells. A Google search shows the shoe sells online for anywhere between $1,500 and $3,000.

“The exclusiveness of them — you can’t get them from other shoe stores,” Mckinley-Hutchins says. “The shoe retails at like $100 and the resale value is around $2,000. We have those in the shop, too.”

The name Rerocc is actually an acronym, which stands for “recycling everyone’s rare objects cash or consignment.” For Mckinley-Hutchins, its a hobby that developed into a business — something that he’s been doing for many years.

“As a kid, I would wear something and just like other things in life, once you get it, you don’t want it anymore,” Mckinley-Hutchins says. “So, I used to always sell things as I wore them.”

Mckinley-Hutchins has been operating Rerocc for about eight years now, obtaining an LLC for the business about three years ago. Before he obtained the store, he was selling items out of his home. But with strangers coming in and out of his house, he became increasingly worried about the safety of his son. After his house was broken into, he decided it was time to move his inventory into a storage unit until he was able to lease a storefront. That opportunity, as well as a deal with his now-business-partner William Newman, came sooner than expected.

“I’m blessed to have this opportunity and didn’t know it would come so soon,” Mckinley-Hutchins says. “But once you stick with something and believe in it, it’ll happen.”

Mckinley-Hutchins notes that the landlord of the space wasn’t keen on allowing an independent shoe store to begin leasing his property during a pandemic, but after offering the remainder of the year’s rent up front, the keys were handed over without a fuss and Rerocc singed onto a year-long lease.

It’s not just exclusivity of his products that Mckinley-Hutchins takes pride in. Before announcing the grand opening of his store, he threw a party and guests were given Rerocc keychains, and halfway through the festivities, he announced the opening of the store. Those with keychains were invited to check out the shop ahead of its opening to the public.

Mckinley-Hutchins updates the business’ Instagram page with new product that comes in, but he hopes to be able to take the online experience, as well as his customers’ in-store shopping experience, to the next level. In the future, he wants to bring a restaurant theme to the store. However, there won’t be any food served. Instead, guests will be given menus based on the product they’re looking for at Rerocc. If looking for a size 8.5 shoe, Mckinley-Hutchins will have a menu showcasing his available shoes in that size. He hints that there might also be a delivery option. It’s a concept that he’s still developing, but is confident that just like the shoes he sells, customers are going to look to Rerocc for that hard-to-find experience.

“I’m hoping that people are going to want to come in and just get that experience — to be served instead of just walking around the store,” Mckinley-Hutchins says. “You sit down, and we serve you.” 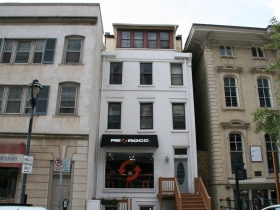 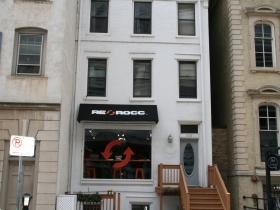 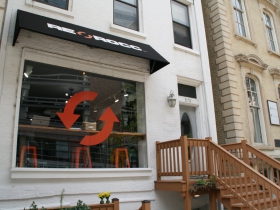