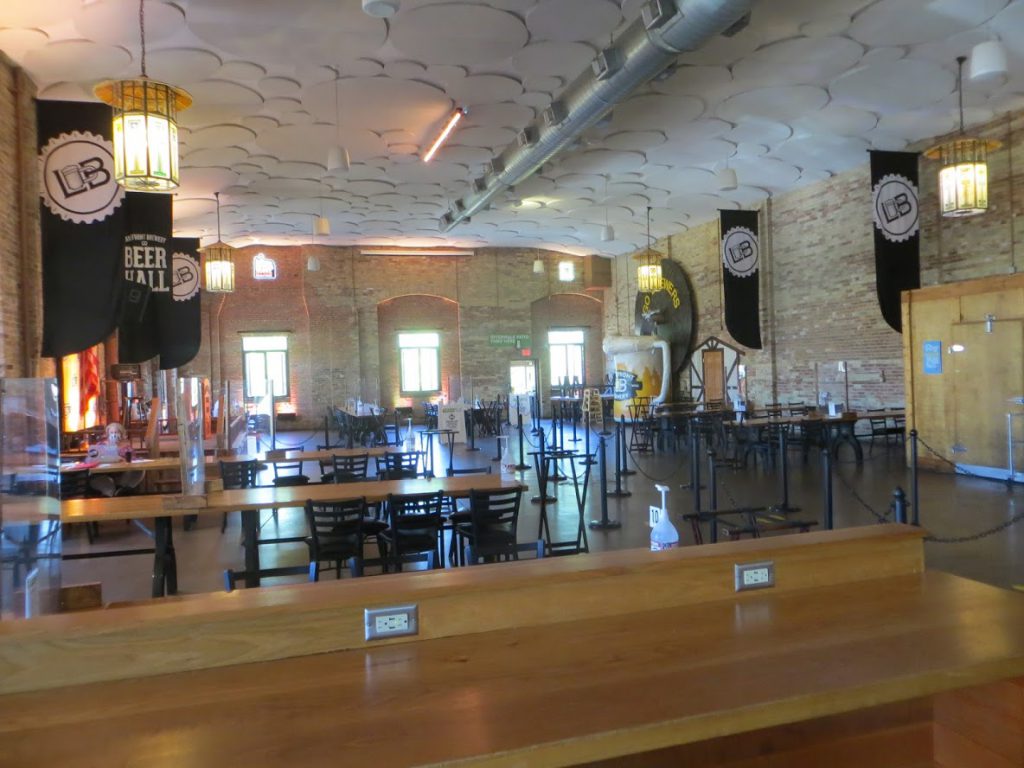 The month of June is usually a good one for brewers, with production ramped up to meet summertime demand. In June 2019, for example, Milwaukee’s Lakefront Brewery reported producing 4,387 taxable barrels to the State of Wisconsin Department of Revenue. Of this, 1,674 barrels were in kegs, destined for restaurants, taverns and the occasional frat party, while the remaining 2,129 barrels were bottled or canned, much to be sold in liquor, grocery or convenience stores for off premise consumption.

June 2020 numbers tell a different story: Lakefront reported total production of 2,031 barrels, a reduction of over half from the year before. Bottled goods accounted for the vast majority of the output, at 1,932 barrels. Yet only 84 barrels made it into kegs, just a half-percent of 1,674 barrels kegged the previous June.

The figures clearly demonstrate the tremendous decline in the volume of alcoholic beverages consumed on-premise in Wisconsin, and illustrate the shockwave that is continuing to ripple through the economy, in ways that historians and economists will long study.

“Will be Remembered a Century from Now”

Lakefront Brewery is in a better position than most to weather the storm. Russ Klisch is the sole owner of the brewery he co-founded with his brother Jim in 1988, and thus need not worry about investors concerned about a loss of dividends. He will have to take the hit himself. The company also owns its brewery and warehouse in Riverwest, along with a vacant lot for future expansion — which is not the number one priority right now. The brewery operations were considered an essential service during the pandemic, keeping many line workers on the payroll.

Indeed, June 2020 in brewing will be one for the books, as it will be for virtually every human enterprise.

“When future historians study brewing they will look to this time, like we still talk about Prohibition today,” says Klisch. “It will be remembered a century from now.”

Klisch is seated on a socially distant stool at a table overlooking the Milwaukee River on the terrace of Lakefront Brewery on Tuesday.

Lakefront is a popular Milwaukee destination, ranked in every top 10 list and drawing over 100,000 people to its top-rated tour annually. It would have been the headquarters of MSNBC for the Democratic National Convention. It would have been mobbed with business. Today these lucrative revenue streams and the merchandise and food sales they generate are on pause. Its popular restaurant has reopened with strict protocols, as well as a takeout option, which was by far the more popular one that afternoon. The tour room is empty, stacked high with unused restaurant chairs. Dozens of of yellow and white Lakefront Brewery cases contain overturned crowlers, waiting to be filled at the bar from a newly purchased $3,500 machine for those who want kegged beer to go. The “Barrel-O-Meter” mounted on a wall at the former electric power plant shows a production of 870 barrels this week, and 19,826 barrels this year to date. In fact, Klisch says, the forthcoming July production numbers will exceed last year’s 3,962 total barrels, a bright sign of recovery. With the reopening of restaurants and taverns, distributors are once again ordering kegs. But now the focus is on a different mode of packaging. 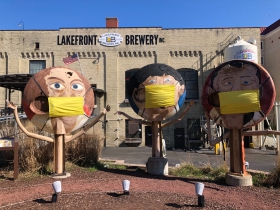 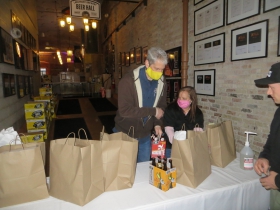 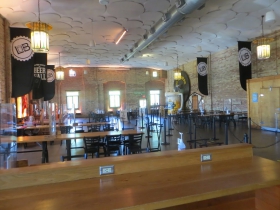 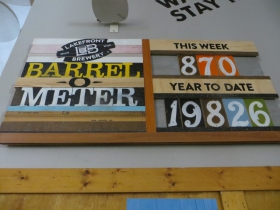 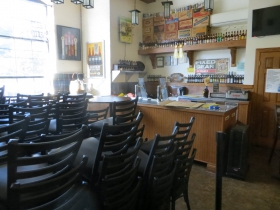 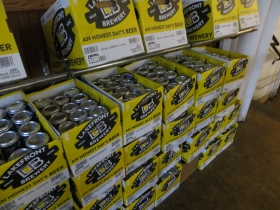 Can Supply Bottled Up

So what’s the latest headache for Klisch?

“Aluminum cans,” he says. Traditionally, craft brewers opted for glass bottle packaging, but consumer tastes and distributor and retailer preferences now increasingly favor goods packaged in aluminum cans, which now account for over half of all beer sold– up two percent to 64 percent of all beer sold off premise, and up six percent to 42 percent of on premise sales from 2018 to 2019.

Lakefront Brewery does not have a canning line. For now, it ships tanker trucks of its Lakefront Lager, Lakefront IPA and flagship Lakefront Riverwest Stein Beer to Stevens Point Brewery for packaging and distribution. Klisch says he hopes to expand his canned offerings to include Hazy Rabbit, a New England style IPA that entered the brewery’s year-round product list in January 2019, after advancing from minor league seasonal beer status.

“I called a company to order some cans,” he says. “And they told me they are so busy they are not accepting new customers.”

The BT-100 is the Department of Revenue’s monthly report of Wisconsin Fermented Malt Beverage (Beer) production. Beer is taxed at $2 per barrel, however, breweries producing less than 300,000 barrels annually receive a $1 rebate on the first 50,000 barrels  — which is all except Molson Coors, Phusion Products, Mark Anthony, and possibly New Glarus. The report breaks down production as to kegs and cases, and separates in-state sales from those out-of-state. A separate Report, BT-104, provides figures for beer brewed out of state for sale in Wisconsin.

There are mixed results from area brewers. Sprecher Brewery, founded in 1986 as Wisconsin’s first post-Prohibition brewery was sold to an investors’ group earlier this year by founder Randy Sprecher. The company, once considerably larger than Lakefront Brewery, has seen declining sales over the years. Its June 2019 production of 558 barrels was slashed to 289 in 2020, with all of it case products, and no kegs produced. Good City Brewery did not report in June 2019, and its July figure of that year, 991 barrels, may be a consolidated report. This summer, production dropped to 255 for the brewery, which operates three locations, including one at the Fiserv Forum Deer District. MKE Brewing reported 886 barrels this June, down from 958 last year. Third Space dropped to 663 barrels from 840. Mobcraft reported 137 barrels of kegs and 81 barrels of cases in June 2019. This year only 10 barrels made it into kegs, with 166 barrels going into cases. Hacienda Brewing Company, which opened a tasting room in Milwaukee in 2019, saw production drop from 49 barrels to 16 barrels in the same time period.

Little Guys Hang in There

Some of Milwaukee’s smallest breweries are hands-on operations for the owners, thus keeping labor hours high and labor costs low. Urban Harvest Brewing in Walker’s Point reported 10 barrels in June 2019, and a respectable 8 barrels this year. Black Husky of Riverwest saw production modestly drop from 39 barrels to 33. Gathering Place Brewery, which like Black Husky and Lakefront Brewery is a member of the Riverwest Brewery Syndicate, saw its production drop from 50 barrels to 41. Company Brewing, the fourth member of the syndicate, saw its sales increase from 35 barrels to 53 barrels.

And the Winner Is…

Eagle Trace Brewing Co., which operates Eagle Park Brewery, expanded to an additional facility in Muskego earlier this year, and has been aggressively marketing its canned beers in on premise and off premise locations. Last June, prior to the completion of the new space, it produced 171 barrels, of which 93 were kegged and the remaining 77 canned. In June 2020, total production more than doubled to 364 barrels, yet only ten barrels made it into kegs. It’s a crazy business.