State hits 85,000 tests per week goal for second time. Will it be sustained?

Wisconsin recorded over 1,000 new COVID-19 cases in 24 hours for the second time.

The Department of Health Services reported 1,052 new cases in the past 24 hours according to data released Thursday afternoon.

The new cases come from 15,264 processed tests, the second-highest total on record. As a result for just the second time since the outbreak began the state recorded over 85,000 tests processed in a seven-day period. The state’s Badger Bounce Back plan set the threshold as a target for combating the virus.

The state reports a daily testing capacity of 24,156 spread across 83 labs.

Is the actual testing or the capacity high enough? “We continue to believe as part of this that we need to push both of those numbers up,” said DHS Secretary-designee Andrea Palm during a media briefing Thursday afternoon. “We are interested in getting well above 100,000 tests per week as part of the strategy to ensure we are testing adequately.”

“Demand for testing continues to rise,” said Palm, who then pivoted to address the impending fall flu season. “If you were a betting person, you might bet we were going to see even more demand for testing.”

The one-day positive case rate, the percentage of tests that confirm a new case of the disease, was 6.89 percent. But Palm said it’s important to keep an eye on the averages to avoid one-day blips. The seven- and 14-day averages stand at 7.34 and 7.17 percent, the latter having climbed from an outbreak low of 2.69 percent on June 19th.

Officials have looked for the positive case rate to trend downward as testing increases as an indication of a slowing of the disease spread and an adequate amount of tests being administered.

For the second straight day, data on the number of people actively hospitalized was unavailable. A message on the Wisconsin Hospital Association dashboard said the organization is making changes to accommodate “recently announced requirements from the U.S. Department of Health and Human Services. We are working to make any disruption as short and minimal as possible.”

DHS reported that 48 people were newly hospitalized in the past 24 hours with a confirmed case of the disease.

The state reported 13 new deaths in the past 24 hours, increasing the outbreak total to 878. DHS reported an average of 4.27 deaths per day over the past 30 days, a figure that has now climbed after hitting an outbreak low over the weekend.

Over half of the new cases in the past 30 days have been in individuals under the age of 40. Over the past month, one-third of new cases have been people in their 20s. Younger people have substantially lower hospitalization and death rates from the disease.

“These new cases have been part of two patterns,” said Palm. “A significant number of cases that reported attending gatherings like parties, bars and barbecues and an increase in gathering in young people.”

A total of 45,899 people have tested positive for the disease since the outbreak began, with 20,568 of those coming in the past 30 days and 6,272 in the past week. DHS reports that 77 percent of individuals with a confirmed case have “recovered,” as defined by a documented abatement of symptoms or a diagnosis over 30 days ago. The percent fell from a high of 79 as a surge in new cases was reported.

The state’s weekly activity level update, issued Wednesday afternoon, shows that only Iron County has a greater two-week per-capita case rate than Milwaukee (500 versus 430). But the size difference between the two counties masks the discrepancy in the actual number of new cases, Iron County has 29 new cases, Milwaukee has 4,049. 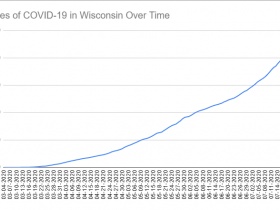 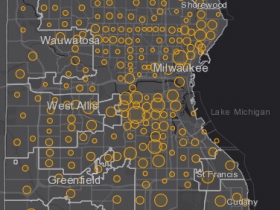 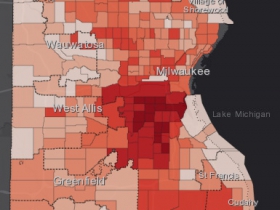 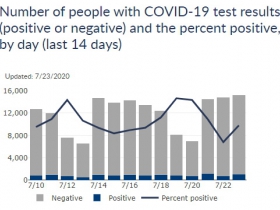 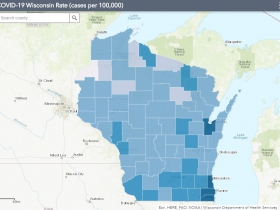 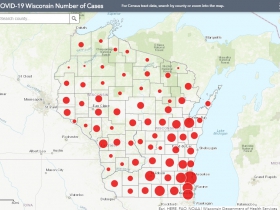 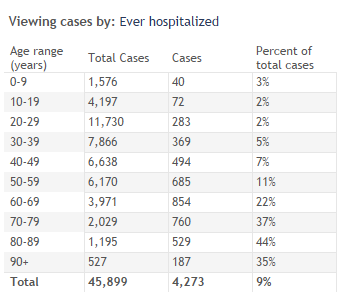