What actions are police in Milwaukee, other cities taking against protesters? Open records request rejected.

By Isiah Holmes, Wisconsin Examiner - Jul 22nd, 2020 11:02 am
Get a daily rundown of the top stories on Urban Milwaukee 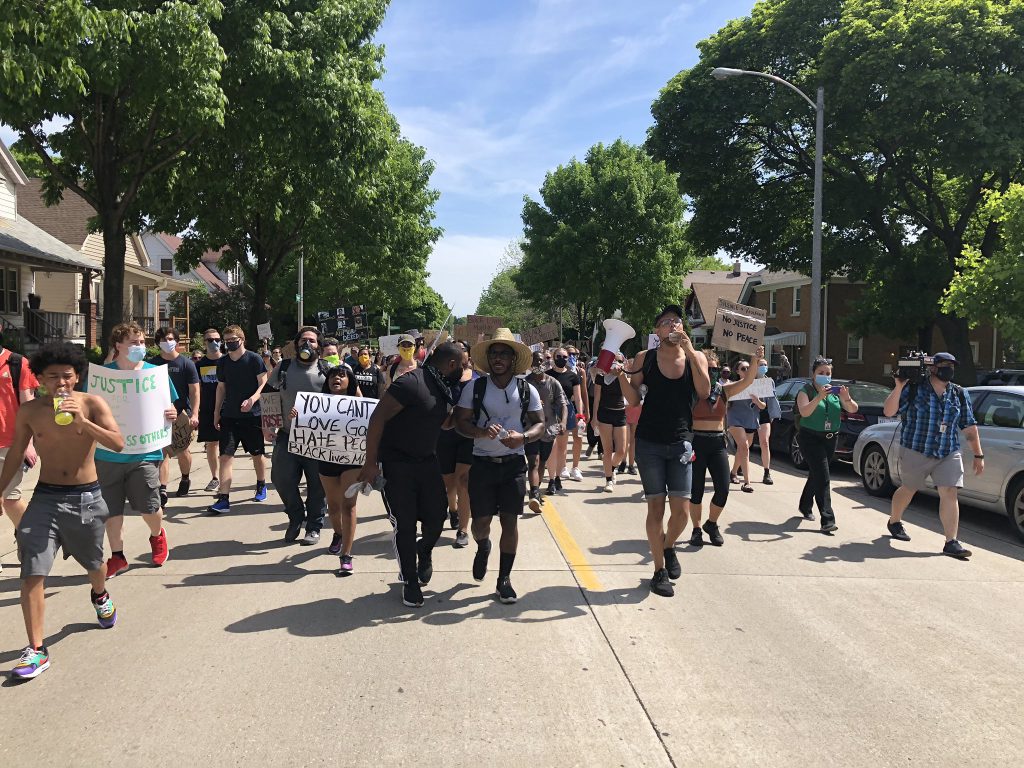 The Wisconsin Department of Justice (DOJ) has denied the Wisconsin Examiner’s request for public records pertaining to police action against protesters in Milwaukee.

The requests, made on June 26 under the Freedom of Information Act, were denied because the records “concern an investigation that is continuing at this time,” according to the DOJ’s July 15 letter in response.

The Examiner requested documents around protests in Milwaukee that began on May 29, following the death of George Floyd in Minneapolis. The request sought incident overviews and recommendations or directives for police action on the ground against protesters and organizers.

It’s normal for law enforcement agencies not to release details about ongoing investigations. A state DOJ spokeswoman was also unable to comment due to the status of the unspecified investigations of protesters. The denial of the request is the first time DOJ has acknowledged it has investigatory documents on the protests.

Many of the specific documents requested by Wisconsin Examiner are the same type released in the recent “Blue Leaks” document dump. First published by the website Distributed Denial of Secrets (DDOS) the leaked documents, which were shared among several police units including Fusion Centers, were pulled by the hacktivist collective Anonymous. They demonstrate significant levels of attention and surveillance by law enforcement of the Floyd-inspired protests.

A unit within the Milwaukee Police Department (MPD) Fusion Division — known as the Virtual Investigations Unit — sent handwritten tickets for curfew violations to at least one local protester in past weeks. The $691 ticket was mailed to the man after he’d posted a video of himself on the street after a 9 p.m. curfew. The city attorney said that most if not all of these curfew violations would be dropped.

As the protests have continued, marchers have increasingly expressed fears that they’ve been placed under surveillance for their activism. Cars being towed before planned events, unusual phone calls from police, electronic disruption, and house visits from local and federal law enforcement are now frequent, according to marchers.

During the first couple of nights of protest, instances of looting were reported in parts of the city. Since then, however, Milwaukee’s daily marches have been peaceful. Protests have also occurred in surrounding communities. In Wauwatosa, protesters marched through Mayfair Mall, shut down the Cheesecake Factory, and shouted down city meetings. These demonstrations, though disruptive, have been non-violent.