Two weeks ago Wisconsin reported a three-month low in active COVID-19 hospitalizations. A total of 235 state residents were reported to be hospitalized.

Two weeks later that figure has jumped by 40 percent to 331, back where it was on June 9th.

The upward trend comes as the Department of Health Services reported the largest 24-hour total of people newly hospitalized, 63, since DHS began reporting the figure in early April.

One lagging indicator continues to trend downward. Two deaths were recorded in the past 24 hours, bringing the statewide total to 833. The state has reported an average of 4.03 deaths per day over the past month, the lowest total since early in the outbreak.

The majority of new cases remain concentrated in individuals under the age of 40 who have a lower hospitalization rate and lower death rate.

A total of 40,507 people have tested positive for the disease since the outbreak began with 17,053 in the past 30 days and 5,765 in the past week.  DHS reports that 77 percent of individuals with a confirmed case have “recovered,” as defined by a documented abatement of symptoms or a diagnosis over 30 days ago. The percent fell from a high of 79 as a surge in new cases has been reported.

For more on how the gap between Milwaukee and the rest of the state continues to grow, see our coverage from yesterday.

There are currently 961 ventilators and 359 intensive care unit (ICU) beds available across the state according to the Wisconsin Hospital Association. Since the data became publicly available on April 10th, WHA has reported an average of 946 ventilators and 387 ICU beds as available. 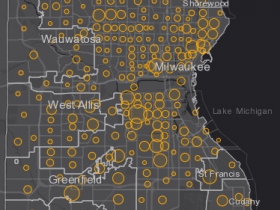 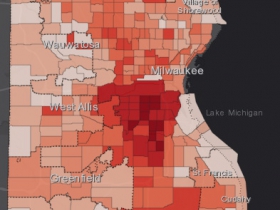 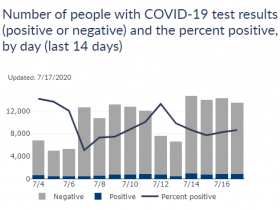 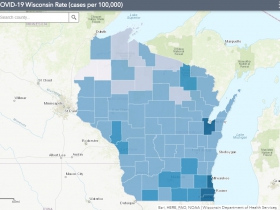 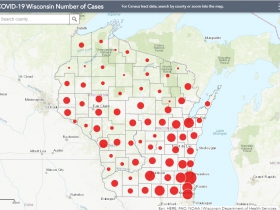 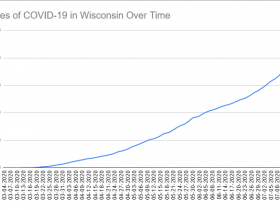 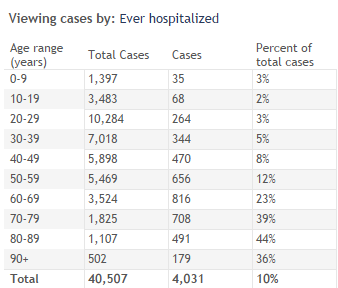