Milwaukee County’s COVID-19 outbreak remains the worst in the state on a per-capita and total number basis. But of greater concern, data released Wendesday by the state Department of Health Services shows that the county is now pulling away from the other 71 Wisconsin counties.

On a per-capita basis twice as many residents in Milwaukee contracted COVID-19 in the past two week than Brown County, which has the second greatest per-capita rate since the start of the outbreak.

Milwaukee has only had the worst outbreak since June 20th, the day the state started a now 26-day upward trend in the positive case rate from test results.

Six times in the past week Wisconsin has recorded over 750 newly confirmed cases of COVID-19. The 750-case threshold is one the state had never crossed before this week.

The fourth-place county is a large one though. Dane County recorded 240 new cases per 100,000 residents in the past two weeks. It now has the eighth-worst outbreak in the state over the length of the pandemic.

The activity level report, updated every Wednesday by DHS, comes as the department reported 821 people tested positive for the disease from 13,925 positive tests in the past 24 hours, a positive case rate of 5.90 percent.

The number of people actively hospitalized is trending upward since hitting a three-month low of 235 on July 4th. The Wisconsin Hospital Association reported Wednesday that 295 people are currently hospitalized with a confirmed case of the disease. A total of 31 people were newly admitted with a positive case in the past 24 hours, above the 30-day average of 29.

The number of people hospitalized with a test pending, 177, is up by 27 in the past week.

DHS reported one new death, with the statewide total now at 827.

The majority of new cases remain concentrated in individuals under the age of 40 who have a lower hospitalization rate and lower death rate.

A total of 38,727 people have tested positive for the disease since the outbreak began with 15,795 in the past 30 days and 5,573 in the past week.  DHS reports that 77 percent of individuals with a confirmed case have “recovered,” as defined by a documented abatement of symptoms or a diagnosis over 30 days ago. The percent fell from a high of 79 as a surge in new cases has been reported.

There are currently 978 ventilators and 329 intensive care unit (ICU) beds available across the state according to the Wisconsin Hospital Association. Since the data became publicly available on April 10th, WHA has reported an average of 946 ventilators and 388 ICU beds as available. 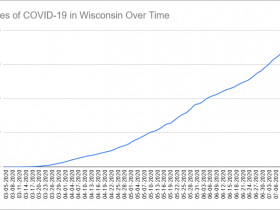 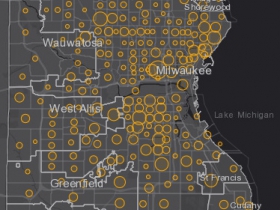 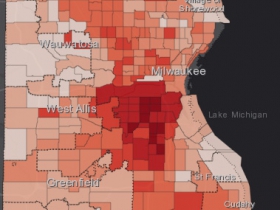 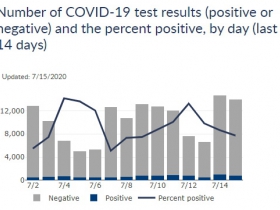 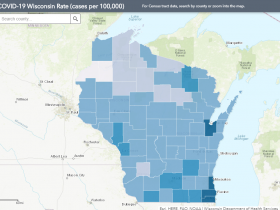 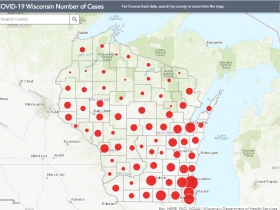 Percent of COVID-19 cases resulting in hospitalization with age group 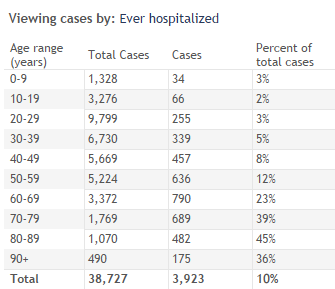