For the first time since April, Milwaukee County has highest per-capita rate and greatest number of cases.

Milwaukee County now has the worst COVID-19 outbreak in Wisconsin.

Based on its population, the county has long had the greatest number of cases in the state. Data released Saturday afternoon by the state Department of Health Services shows that 10,167 county residents have tested positive since the start of the outbreak. The next closest county, Brown County, has seen 2,572 residents test positive.

Racine County overtook Brown County on a per-capita basis on June 3rd, and Milwaukee did as well shortly thereafter. In the past week Milwaukee caught up to Racine as well.

As of June 20th, Milwaukee is back in the lead of a race no county wants to win.

From those tests, 385 came back positive, the second-greatest total in the past two weeks. Statewide 24,539 people have tested positive for the disease since the outbreak began.

The 385 positive tests represent a positive rate of 3.78 percent, the second-highest rate in the past two weeks. The seven-day positive test rate average now stands at 3.36 percent and the 14-day average is 2.76 percent. Both averages had trended downward, something public health officials are looking for as evidence of a slowing disease, until the last couple days of the week.

And despite the uptick in the number of cases and the percentage of tests coming back positive, the number of people hospitalized continued to fall. There are 239 people hospitalized in Wisconsin with COVID-19 according to the Wisconsin Hospital Association. That’s the lowest figure since the association first reported the figure on April 2nd (197). A total of 26 people were newly admitted in the past 24 hours, below the 30-day average of 33. DHS reports that 3,203 people (13 percent of confirmed cases) have required hospitalization since the outbreak began.

A state health official attributed much of the decline in the number of people hospitalized to the declining age of those contracting the disease.

The death toll from the disease climbed to 744 on Saturday, with 14 newly-confirmed deaths in the past 24 hours. Approximately three percent of people with a confirmed case of the disease have died.

The state health department reports that 77 percent of individuals with a confirmed case have recovered, as defined by a documented abatement of symptoms or a diagnosis over 30 days ago. The totals only reflect the number of confirmed cases.

There are currently 970 ventilators and 296 intensive care unit (ICU) beds available across the state according to the Wisconsin Hospital Association. Since the data became publicly available on April 10th, WHA has reported an average of 939 ventilators and 404 ICU beds as available. 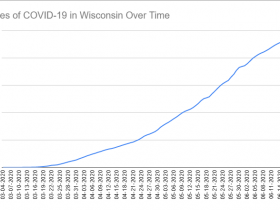 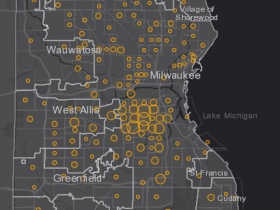 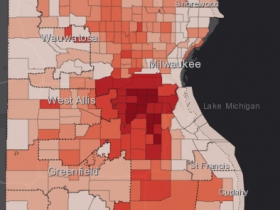 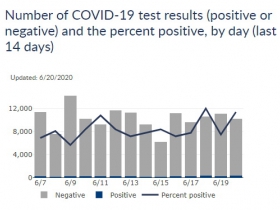 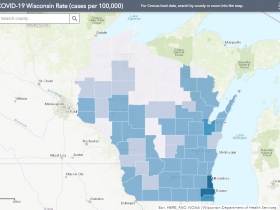 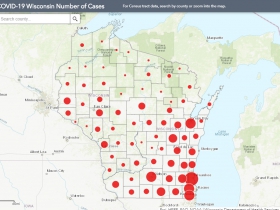 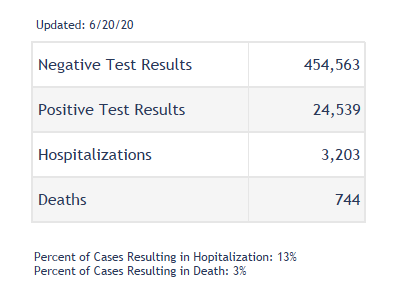