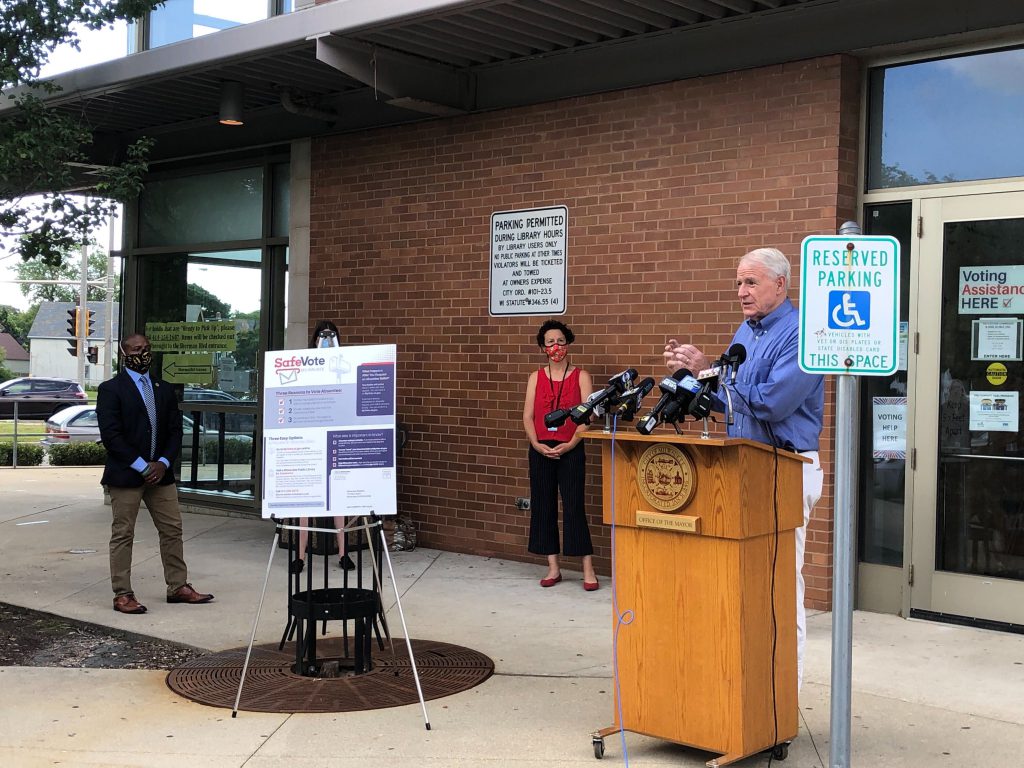 Milwaukee officials don’t want to see a repeat of the chaos surrounding the April election to continue into the fall.

“My goal is for the news the day after the election to be who won and who lost,” said Mayor Tom Barrett at a Monday morning press conference.

Ticking off a list of everything that went wrong with the April election, Barrett hit on the COVID-19 pandemic causing veteran poll workers to opt-out, ballots not being mailed or never arriving, changing guidance on witness signatures for absentee ballots and multiple and conflicting state and federal Supreme Court rulings.

The city ultimately had only five voting sites open, down from over 150, as the pandemic caused poll workers to cancel and many voters switched to voting absentee by mail.

“We can’t let that happen again,” said Alderwoman Marina Dimitrijevic. The Milwaukee Election Commission is now implementing a program she authored that attempts to reduce the strain on the city’s voters and election workers by easing the path to vote by mail in both the August 11 primary election and November 3 general election.

Approximately 255,000 postcards have been mailed out to registered Milwaukee voters. The postcards are not ballots, but instead absentee ballot request forms. The city’s library system will serve those that need help uploading a valid photo ID or other request issues. 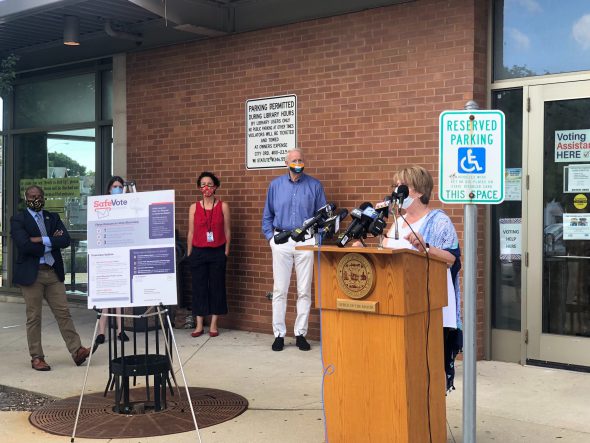 “We connect people with the resources they need, and that includes their voting rights,” said Milwaukee Public Library director Paula Kiely.

Newly confirmed Milwaukee Election Commission Executive Director Claire Woodall-Vogg said the city and state have also made a number of improvements to increase transparency and eliminate problem spots in the vote-by-mail process.

“The safest way to vote is to vote by mail and to do so you need to plan ahead,” said Woodall-Vogg. She encourages voters to use the My Vote WI website to request their ballots.

A barcode on the ballot will allow voters to track the ballot’s progress in moving through the postal system. “Now there is accountability through my office of when the ballot hit the mail,” said Woodall-Vogg. Thousands of ballots across the state requested around March 22nd were never printed because of a glitch with a state computer system and voters had no way of tracking where the ballot was after it was requested.

Other changes are planned as well. The city is increasing pay for poll workers from approximately $130 for a full-day shift to $230. “This is a good opportunity for people, in a safe way, to make some money,” said Barrett.

Approximately 200 poll workers are still needed to staff the 171 election sites for the August election. Woodall-Vogg said the city will use a staff of approximately 1,000 to work the election.

The city still expects approximately 80 percent of voters to vote absentee or vote early. So why maintain over 150 polling places? “It was very important for me as executive director that we maintain neighborhood voting,” said Woodall-Vogg.

The city was one of five cities in Wisconsin that received a combined $6 million federal grant to fund safer election practices. Milwaukee’s share is approximately $2.1 million

“I want to acknowledge that what we have right here is city government at work,” said Council President Cavalier Johnson of the unity on improving the situation.

But results will, similar to the last election, not be available immediately. “The state law on this is absolutely insane,” said Barrett. Election clerks cannot begin counting ballots until polls open on election day.

The law, changed in the past decade, is now problematic because of the volume of absentee ballots and the need to maintain spacing between workers. The city had to lease an entire floor of a vacant office building to accommodate its work in April.

“It defies public health guidance that we have to do this,” said Barrett, noting that a longer process would require fewer people.

Woodall-Vogg said an around-the-clock operation would still not have results available until the following morning at the earliest.