Park will quadruple in size as of MKE Plays redevelopment. 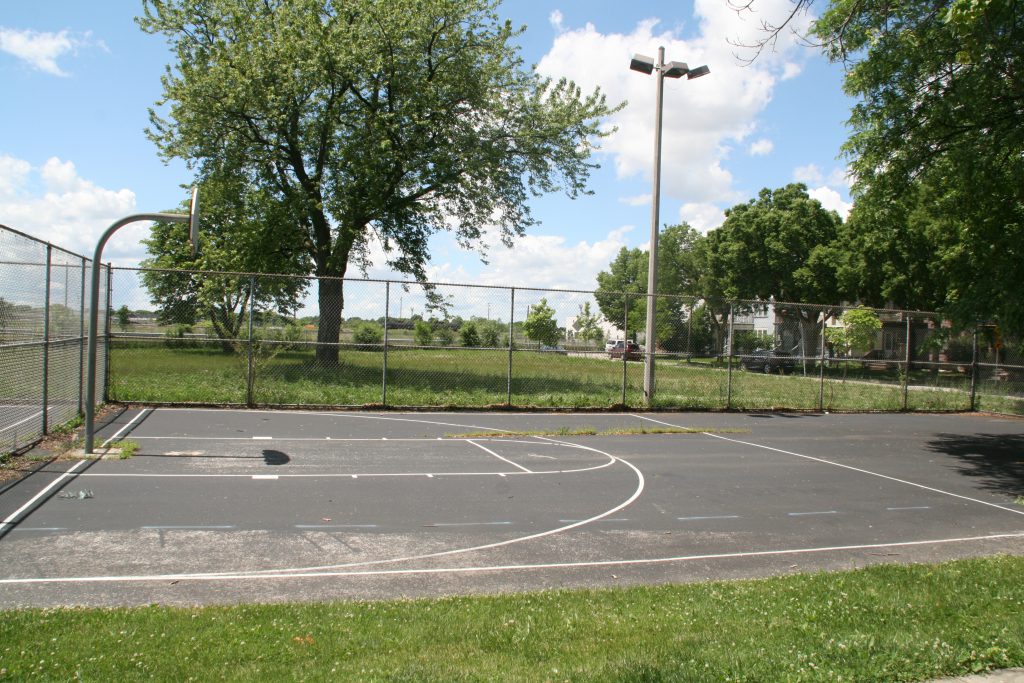 The current park at 29th and Melvina. Photo by Jeramey Jannene.

A former surface parking lot for employees of A.O. Smith Corporation will soon be home to a new park.

While much of the former A.O. Smith, and later Tower Automotive, plant campus awaits redevelopment as part of Century City Business Park, the city is moving forward with plans to replace and upgrade the nearby 29th and Melvina park. The park will grow from one acre in size to almost four as the city expands it onto adjacent, long-unused parking lots as part of a $1.1 million project.

“It’s a really nice piece of property, but it has fallen into disrepair,” said Alderman Michael Murphy when the Public Works Committee voted to accept a $235,000 grant from the Wisconsin Department of Natural Resources‘ Knowles-Nelson Stewardship Program.

The space serves as a transition zone between the surrounding neighborhoods and business park that once saw over 5,000 employees a day build automobile frames on the site. The current park includes aging playground equipment, disused basketball courts and an asphalt play space, while the parking lots are mostly overgrown with vegetation.

The park is one of approximately 60 city-owned parks that augment the much-larger Milwaukee County Parks system and Milwaukee Public Schools playfields. The city has systematically sought to refresh its parks through the MKE Plays initiative which combines public financing with private support.

By the end of 2020, the program is scheduled to have funded the redevelopment of 17 parks. It was created in 2015.

The revamped Century City park is scheduled to be completed by June 2021.

The new park will be known as Century City Triangle Neighborhood Park.

Approximately 98 percent of the residents of the surrounding neighborhood identify as African American according to a city report. The area has a 30 percent poverty rate with both the average home value and annual income reported as less than $40,000.

The project is being funded with $350,000 from a larger Burke Foundation grant and $165,000 from the Milwaukee Metropolitan Sewerage District‘s green infrastructure partnership program. The project will reduce the amount of paved surface area with the intention of reducing stormwater runoff into the combined sewer system and Deep Tunnel. The area was identified as a priority following significant flooding following a June 2010 storm.

A grove of mature Honey Locust trees in the park will be preserved.

The 2020 city budget included $300,000 in borrowing for the MKE Plays initiative. A project budget said the city is also pursuing a $105,000 grant for the Century City park.

The MKE Plays initiative, housed within the Department of Public Works, is led by Joe Kaltenberg. Other parks being redeveloped include one at N. 31st St. and W. Galena St., Zillman Park in Bay View and one at W. Clybourn St. and N. 29th St. 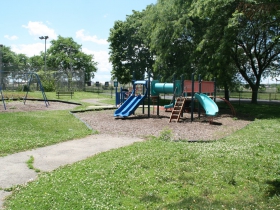 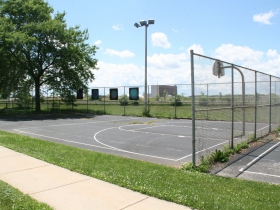 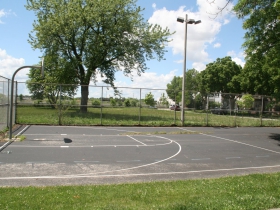 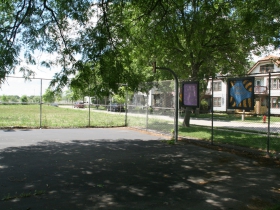 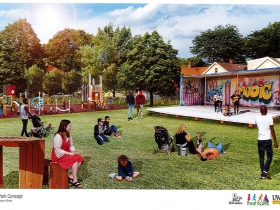 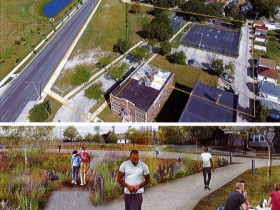