And then withdraws its slap at Betsy Schoeller. Her firing is now supported by 146,00 people. 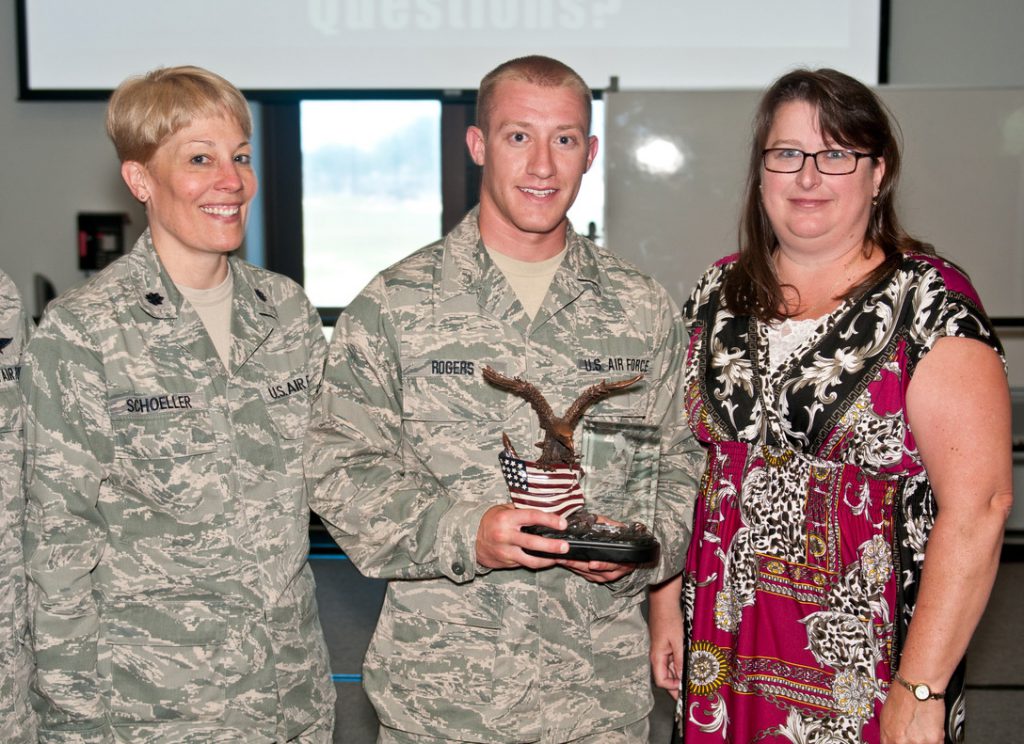 The strange story of the UW-Milwaukee lecturer condemned for her Facebook post, taken by some as a defense of sexual harassment in the military, just keeps getting stranger, with a faculty group adding to the controversy by first condemning her and then rescinding the condemnation.

Betsy Schoeller would seem the most unlikely candidate to cause such an uproar. She is a Senior Lecturer who teaches courses in library and information resources and a former Wisconsin Air Guard lieutenant who has condemned the culture of the military and how it handles sexual harassment.

“The message we receive from the culture is not only will you suffer from sexual harassment, if you squawk about it, you will suffer even more,” she has said in a statement. “Some endure continued harassment and assault, being forced to work with the perpetrator. Sometimes even death. The sexual harassment culture is still here.”

But Schoeller made the mistake of responding incredulously to someone wondering about how U.S. Army soldier Vanessa Guillen could have been killed, with suspicions falling on a fellow soldier (Aaron David Robinson, who later committed suicide).

“You guys are kidding, right?” Schoeller wrote. “Sexual harassment is the price of admission for women into the good ole boy club. If you’re gonna cry like a snowflake about it, you’re gonna pay the price.”

That one comment caused an eruption on social media, with a petition at Change.org calling for Schoeller’s firing, that more than 146,000 people have now signed.

UWM officials did all they could to distance the institution from its instructor, condemning Schoeller’s Facebook post at “repugnant and terribly at odds with UWM’s values” and noting that “Under the First Amendment, the university cannot regulate the private speech of its employees, but UWM does not condone the comments.”

The student who started the petition to fire Schoeller is Emily Cruz, a UW-Milwaukee senior majoring in social work, who has called for the university “to look into what students that have taken classes taught by Schoeller have said about her,” as Wisconsin Public Radio reported.

Though Schoeller released a statement explaining her strong views on sexual harassment in the media, adding that “I am shocked and saddened that my original post was interpreted out of context,” that did not stop the movement to fire her, nor did the UWM administration offer any modification of its statement on her.

Meanwhile a new group joined in the condemnation: the UW-Milwaukee chapter of the American Association of University Professionals (AAUP), which released a statement written by history professor Rachel Ida Buff, demanding accountability from UWM administration regarding Schoeller. While the statement by Schoeller “attempts to clarify the intention of (her) post,” Buff wrote, “a commitment to inclusivity requires that impact is elevated over intent. And the harmful impact on the student body is clear,” as WPR quoted her.

Faculty groups typically defend free speech, and the statement noted that the AAUP’s policy is that the speech rights of faculty are protected by the First Amendment and not grounds for dismissal. But Buff added that the policy also recognizes social and professional obligations of faculty and “Dr. Schoeller’s statements… were careless. They did not exercise due restraint, nor did they exhibit respect for the opinions of others.”

Where is that statement by Buff? It’s no longer available because it appears she wrote it without fully sharing it with the executive committee of the UWM Chapter of of the AAUP.

“We are actually taking down the statement for procedural reasons,” said Joel Berkowitz, Professor of Foreign Languages and Literature and President of the UWM AAUP, in an email to Urban Milwaukee.

And what are those procedural reasons? “They have to do with the process by which the statement was shared with the executive committee.”

Does the mean that AAUP does not at this point support that statement? “That is correct,” Berkowitz answered.

But Schoeller remains under fire from others.

On Wednesday at 6:30 p.m., there will be a “Peaceful Protest Against Professor Betsy Schoeller” at UWM Spaights Plaza.

Categories: Back in the News, Education

2 thoughts on “Back in the News: Faculty Group Condemns UWM Lecturer”