President’s attack on a legislator who was assaulted is truly despicable. 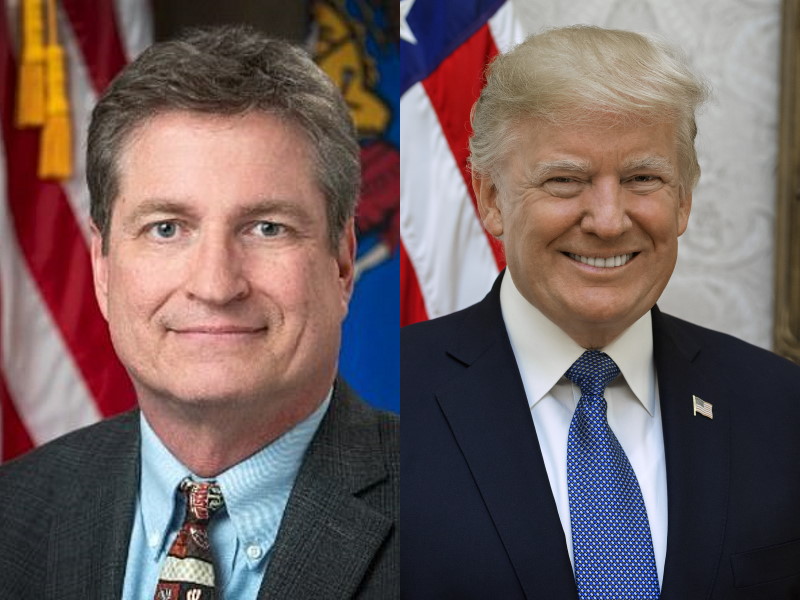 The rampage at the Wisconsin State Capitol this week left more than damage to statues. It left more than a painful page for the history of this city which we love. The night of senseless violence also left a state senator seriously injured.

Democratic State Senator Tim Carpenter was assaulted and knocked unconscious after he merely took a photo of protesters in Madison. The 60-year-old lawmaker was punched and kicked in the head, chest, and neck and suffered several injuries, including bruising, blurry vision, soreness, and a possible concussion.

Most people surely thought at that point the injuries to be inflicted were over. But with Donald Trump in the White House, that assumption can never be made.

During a town hall in Green Bay this week Trump claimed that Carpenter “was probably rooting on” the protesters before they attacked him. Then with no rational reason to do so, Trump mentioned the sexuality of the injured elected official.

“The person they beat up was a Democrat who happened to be gay and he was probably out there rooting them on or something because Democrats think it’s wonderful they’re destroying our country.”

When it comes to the definition of the word despicable in the Webster Dictionary there really should be a picture of Trump.

Speaking to the Milwaukee Journal Sentinel, Carpenter said, “I don’t know what’s worse, the beating or having someone turn something so personal that happened to you and weaponize it against you.”

There is no other public figure alive today who is more loathsome than Trump. No one is more lacking in character or moral foundation than Trump. He continues to prove he is repugnant and contemptible. How his supporters can continually provide cover and backing for Trump, someone they could not possibly wish to have their children or grandchildren emulate, is a mastery for historians to unravel.

During the years I worked in the statehouse there were a number of people who were continuously attentive and helpful, demonstrating that friends always were more important than mere politics. Carpenter proved to be such a man.

Trump demonstrates on a daily basis the worst of human traits, as evidenced by this story. Let me assure my readers Carpenter is on the other end of that spectrum, being a guy you would be proud to have at your dinner table or talk with over the backyard fence.