Mystery of the Bayshore Bus Turnaround 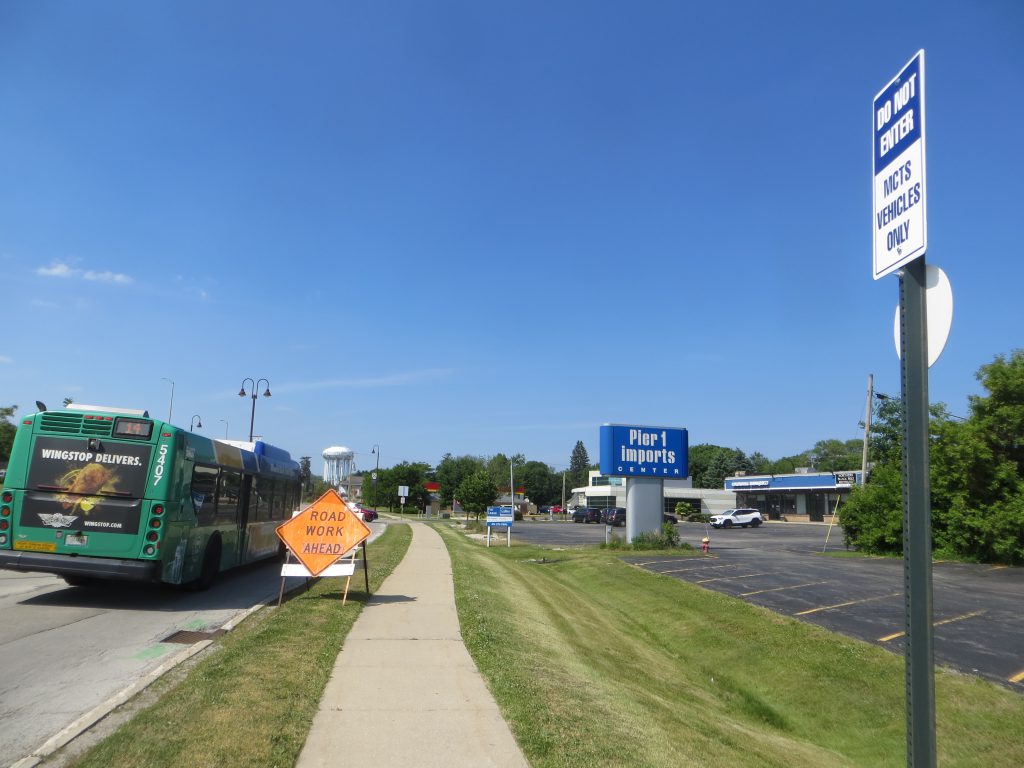 Three Milwaukee County Transit System (MCTS) bus lines have their northern terminus at 5888 N. Port Washington Rd. in Glendale. There, just west of the U.S. Bank branch at Bayshore, drivers would lay over and spend their brief break searching for a still open business where they might use the bathroom. To resume their southbound journeys, operators of Routes 14, 15 and GreenLine, would run their vehicles a couple of hundred feet in a loop through the shopping mall’s parking lot, then head down Port Washington Road.

When construction activity at Bayshore necessitated the closing of the northern parking lot in late May, officials at MCTS were prepared for the exigency. They constructed a new “Turnaround Loop” immediately to the north on a small plot of city-owned land fronting the historic Town of Milwaukee Union Cemetery. Engineers designed an asphalt path exclusively for the use of MCTS vehicles, and marked it accordingly. New concrete curb cuts were constructed for access to and from Port Washington Road. Problem solved — or so it was thought.

But just days after being put into use, orange traffic barrels closed off the new asphalt road at its entrance and exit, and MCTS posted this service alert on its website:

June 5 (through July 2020): Routes 14, 15 & GreenLine will detour off of the Port Washington Turnaround Loop due to a closure. When leaving Bayshore, buses will use I-43 between Good Hope and Silver Spring during this time.

This detour added some 4.5 miles to the route — about the same distance Route 14 ordinarily travels from Bayshore to Colectivo Coffee at 2999 N. Humboldt Blvd. in Riverwest.

Why was this new lane built and promptly abandoned?

No Response from MCTS

On June 12th I e-mailed Matt Sliker, the MCTS Integrated Marketing Manager and Kristina Hoffman, MCTS Director of Marketing & Communications to find out why the recently constructed roadway was abandoned after only a few days. I also asked how much it cost to construct. Sliker left an auto-response saying he was out of the office until June 17th, while Hoffman sent this response:

I’ll look into it and will contact you next week.

Now, nearly two weeks later, and after numerous requests, I have received no response from MCTS to my rather simple request, which I thought would have a rather simple answer.

I thought perhaps the route encroached on cemetery property, but I called the owner, who assured me the land belonged to the City of Glendale. I contacted the development office of the city, wondering if there was a permit issue or something of the sort and also received no response. I contacted the police department, and I was assured that it had no involvement with the closure, and that it was an MCTS issue. I also spoke to bus drivers on the route. All they knew was that the route had been changed, with no explanation given. I kept asking.

On Friday, June 19th, while on a bus headed north to Bayshore, I asked the veteran bus operator if he knew what caused the closure. He said he had operated his bus on the new turnaround for a number of days. But when he returned to work after some scheduled time off he found he had to take the new route to turn his bus around, but was given no reason by management. “I finally talked to somebody in the know,” he told me. “It seems some inexperienced operators had difficulty turning the bus around, and got it stuck in the ditch.” (It was unclear if this happened once, or on more than one occasion.) In an e-mail the next day I advised MCTS that I would rely on this explanation, unless I heard otherwise — which I have not.

It is clear that buses were able to turn around at the newly constructed roadway, since I personally experienced it when in operation. I was also much surprised when I first boarded a southbound MCTS bus only to travel north more than two miles, before flying down the freeway another two-plus miles simply to turn a bus around.

As of now, the detour will be in place through the end of July. Whether the route will return permanently to the new, expensive turnaround, or if the Bayshore lot will reopen to bus traffic again at that time, and the asphalt lane permanently abandoned after only a few days of actual use remains a mystery. As does the cost of this quickly abandoned feature, which has yet to be disclosed. 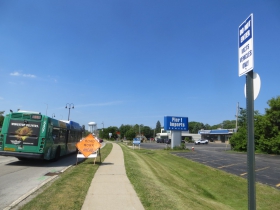 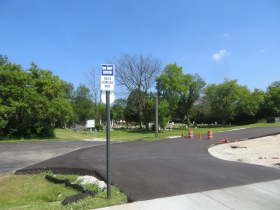 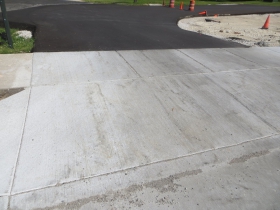 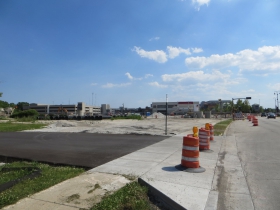 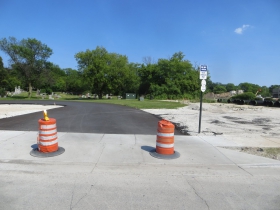 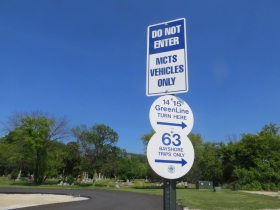 One thought on “Plenty of Horne: Mystery of the Bayshore Bus Turnaround”