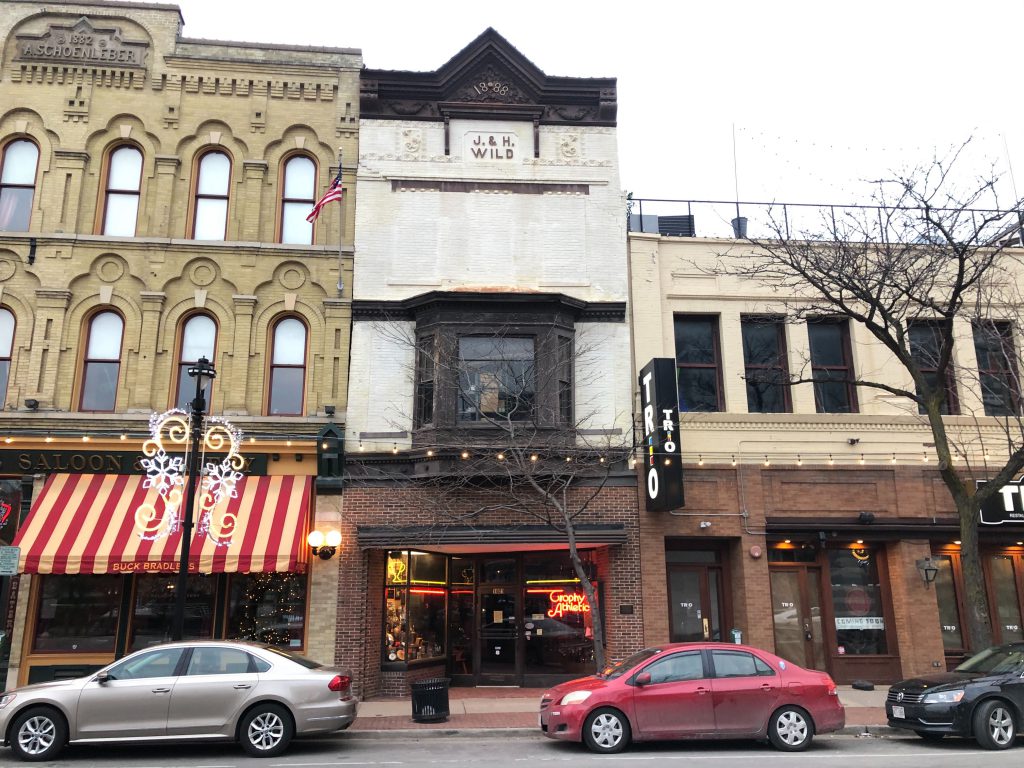 Applications for a new Active Streets Program that would allow businesses to use public right of ways for dining space opened Wednesday, but whether many businesses can utilize the program is unclear.

As of June 5th, the City of Milwaukee has moved into the third phase of its reopening allowing restaurants and bars to open and operate at 25 percent capacity. And like the Active Streets program unveiled by the city and Milwaukee County in May, this new pilot program is designed to give the public wider use of public right of ways by allowing restaurants and bars to apply to set up dining space on sidewalks, parking spots and even roadways so they can serve patrons with better physical distancing.

The city already has separate permitting processes for parklets and sidewalk cafes, said Jerrel Kruschke, with the Department of Public Works. This program condenses those into a “one easy, one-click kinda process,” as he put it.

Jeff Polenske, Commissioner of the Department of Public Works, said the program gives businesses or a block of businesses greater use of public space. In areas eligible under the guidelines, a whole Business Improvement District could apply under the program.

However, the guidelines governing the program appear to significantly limit eligibility for most bars and restaurants in the city. Ald. Robert Bauman said “there are a lot of strings attached to this program, so much so that I don’t think it’s gonna be utilized much, but we’ll see.”

At a meeting of the Common Council’s Public Works Committee on June 3rd, two days before the city allowed restaurants to reopen, several alders questioned the new program. Notably, Bauman raised concerns about the timing of the program, the prohibitive nature of the guidelines and also the safety of dining tables set up on streets where there is still vehicle traffic.

One rule that alders noted would prevent many businesses from utilizing the program is the 25 miles per hour speed limit requirement. Businesses that operate on streets that have speed limits above 25 mph aren’t eligible for the new program.

But on streets that meet the speed requirement restaurants or bars would likely have to construct some type of barrier, which could range from plantings to jersey barriers, which are the plastic or concrete walls often set up around construction sites or along highways

The program also requires business owners to have insurance for the dining or drinking areas set up in the public right of ways, and forms include language indemnifying the City of Milwaukee for any accidents that may occur. “An automobile crashes into this public space, seriously injures some people, that’s on them not the city,” Bauman said.

And Bauman is concerned about that. “Because I think it’s actually a very dangerous situation,” he warned, “a lot of these parklets, we’ve been lucky so far, there’s been no serious accidents.”

Under the city rules for the current phase of reopening, business owners are only allowed to operate at 25 percent capacity. Several of the alders questioned how that would look with increased dining space. There was a long back and forth, with representatives from DNS and DPW failing to supply them with a clear answer on whether the active streets space would actually allow them to do more business. Kreschke finally explained it in terms of square feet.

He said, under normal occupancy, the building code is 15 feet-per-patron. Under the 25 percent occupancy order, that becomes 60 feet-per-patron. “So if you have an area of 600 square feet, you will have additional 6 people that can be in that space,” he said.

“Early on at 25 percent capacity you might only get one, two tables that are added to your particular establishment,” he said, adding that as the city moves on to other phases allowing 50 percent then 75 percent, that will increase.

“This is not gonna be used by many people,” Bauman said.

“This is so strict and so locked down that by the time people start doing the calculations and the cost of barriers and all fencing and additional insurance, they’re gonna say, to heck with it, I’m not even gonna bother,” he said.

With the speed limits, and the potentially prohibitive costs that initially yield little return, Bauman questioned the timing of the proposal. When it went before the committee, the city had not moved on to phase three, allowing restaurants to reopen. At committee, Bauman noted the details of the program were finalized the previous night. “So the community, the businesses have had not even 24 hours to review these details.”

It would be two more days before the city reopened bars and restaurants, and Bauman said he thought the city was “losing quality in favor of speed.”

“If everyone wants this done immediately, so okay, we’re doing it fast, but maybe not thoroughly, ” he added.

The measure passed the full Common Council unanimously Tuesday, June 16th, though with one abstention, by Ald. Chantia Lewis. Originally, Lewis was interested in becoming a co-sponsor of the legislation, but when Bauman told her it would not allow closing N. 76th and W. Good Hope Road in her district because of a higher speed limit, she pulled her support.