County Supervisor is one of at least five people taken into custody at the Milwaukee-Shorewood border. 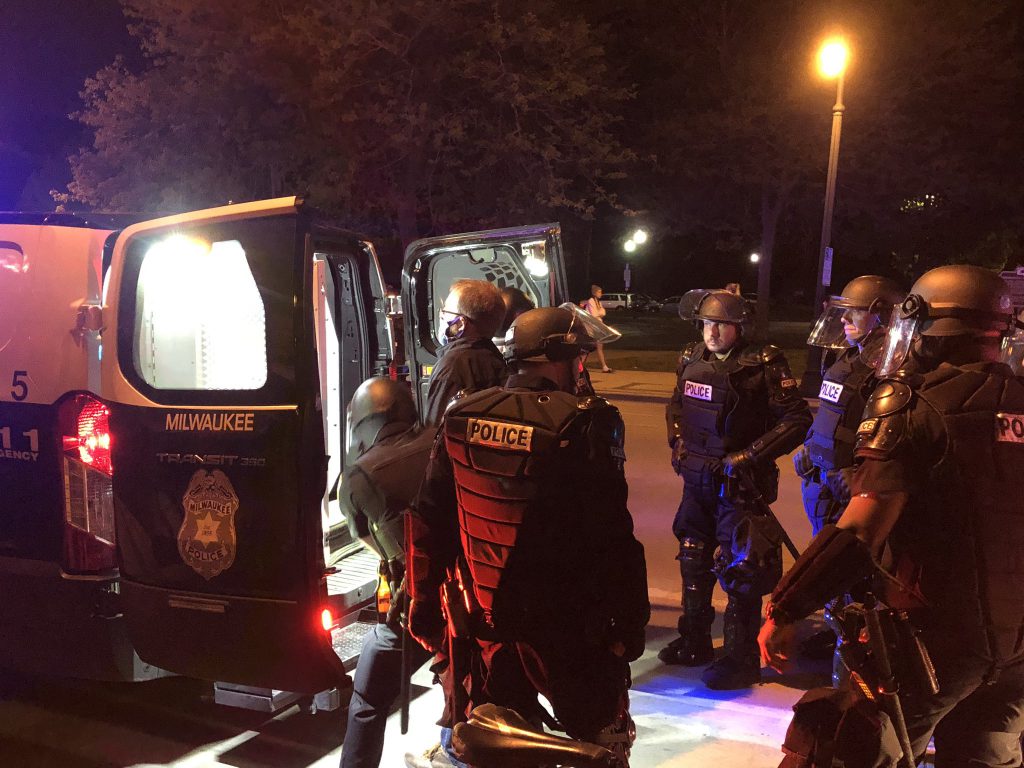 Newly-elected Milwaukee County Supervisor Ryan Clancy was one of at least five people arrested Sunday night around 10:45 p.m. by the Milwaukee Police Department.

Government employees, social service workers and members of the press are exempt from the city’s curfew order.

Clancy pleaded with officers to be released before being put in a wagon at approximately 10:50 p.m.

The arrests happened near the intersection of N. Oakland Ave. and E. Edgewood Ave. on the Milwaukee-Shorewood border.

A protest vehicle caravan was stopped at the intersection with dozens of cars waiting to turn east on Edgewood.

A few protesters left their vehicles and threw traffic cones, beer cans and a brick at an empty Brown Deer Police SUV. The vehicle was dented, but Shorewood Police on the scene did not immediately react. Shortly thereafter the vehicles drove away, leaving a group of several dozen people, many of whom were area residents.

Clancy was arrested as well as several other people. Urban Milwaukee witnessed at least five individuals getting placed into police vehicles.

Clancy was not told what he was being charged with and officers in riot gear debated the matter after putting him in a wagon.

The county supervisor, first elected in April, owns Bounce Milwaukee in Bay View. He was spotted at the Saturday march serving as an American Civil Liberties Union observer with a vest on. Clancy holds a master’s degree in negotiation, conflict resolution and peacebuilding from California State University.

Want more? Click to open my Twitter thread covering everything I saw on the ground Sunday night.