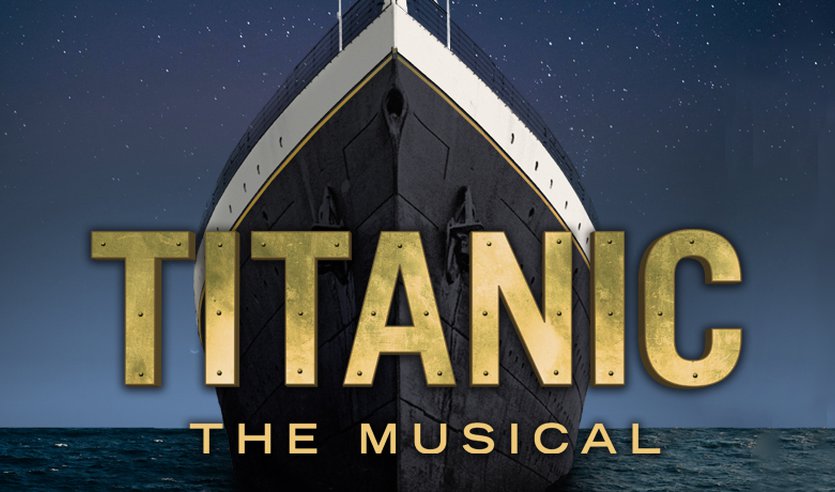 Maybe it’s an obvious metaphor for the 2020-2021 Theater season, but the annual musical for the Milwaukee Repertory Theater is Titanic, The Musical. Theater companies are trying to look forward to the time they can perform for audiences. But the pandemic is lurking like the unseen iceberg, an invisible killer. Like the captain of the Titanic, Milwaukee’s theaters have to power on, hoping they won’t hit it.

Across the board, theater companies have been damaged artistically and financially, forced to close their stages and abandon their productions that were in process this spring, because of the pandemic and subsequent “stay at home” measures. The theater companies, actors, and stagecraft workers all lost income, and the community was deprived of some wonderful performances.

But now many theater companies in the region have announced their selections for the 2020-2021 season, hoping to rebound from dark times, and asking audiences to purchase a season subscription. The subscribers who sign up and pay are like the passengers on the Titanic, hoping for fun and willing to brave the waves, even if there might be a cancellation, As theater superfan, Pam Frautschi told me, “I’m thinking maybe that money for my tickets might end up being a contribution.”

Traditionally, Milwaukee Chamber Theater (MCT) opens earlier than their siblings, who wait till September. MCT kicks off their season with a list of five pieces. The first is Passing Strange on August 13th. With the retirement of C. Michael Wright, Brent Hazelton takes the reins as artistic director. Note: This season, MCT will stage its performances in the same theater as Next Act at 255 S. Water St.

With its multitude of venues beckoning like a hungry beast, The Milwaukee Repertory Theater offers 12 different shows, beginning in October. And yes, there will be music. Artistic Director Mark Clements rescues Antonio’s Song from the rubble of canceled shows from the end of this last season and will also direct Titanic, The Musical.

In January, The Rep will stage a musical tribute to Frank Sinatra titled My Way. They follow that with Angela Ingersoll‘s portrayal of Judy Garland entitled, Get Happy. Along with the traditional holiday staging of A Christmas Carol, Clements has selected two oldies but goodies Murder on the Orient Express, and Shakespeare’s As You Like It.

Renaissance Theaterworks theme for this season is What Really Matters, Identity, Belonging, and Presence. Within that theme, they are offering three plays beginning with The Cake, written by Bekah Brunstetter and directed by Jenny Wanasek.

On September 24th, Next Act Theater will open its season with Red Herring, a political satire set in 1952. I couldn’t say it better, so I’ll quote their description of the play: ”Hang onto your fedora: the cops are quick, the jokes are rapid-fire … and the spies are just plain hot…” The latter may include the daughter of red-baiting Senator Joe McCarthy, who is marrying a Russian spy.

Another first-year Artistic Director, Michael Unger, plans six different shows for Skylight Music Theater. They begin the season on September 11th with The Hunchback of Notre Dame. This is not your grandmother’s version of “The Hunchback.” The music for this was written by Dennis DeYoung, the lead singer for the rock band Styx.

The American Players Theatre (APT) have in one sense, canceled their 2020 season. Since they are a summer theater operation, they decided it was too risky to prepare for a season that was almost sure to be canceled. What they have done is moved their planned programs to 2021.

In the meantime if you need something for your theater fix, consider APT’s collaboration with PBS. Titled Out of The Woods, it is a series of play readings scheduled for broadcast running from June 5th through July 10th

Riverwest‘s theater group, The Constructivist, will avoid be mostly virtual in the coming season, says artistic director Jaimelyn Gray: “For the safety and health of all our artists and the community, the majority (if not all) of our fall/winter season will be online classes and events.”

Their online events will include a reading of Women Laughing Alone Eating Salad, by Sheila Callaghan, for St. John’s Presents at St. John’s on the Lake on August 17th. If the restrictions on crowd performance are lifted, it will be done live.

As for online classes and events, The group will continue to work with aspiring theater professionals with their Under Construction Play Development Series. This is the process of putting a playwright, director, and actors together in a learning and development atmosphere. Eventually, the project is read to a live audience.

And watch this space for news and schedules from Theatre Gigante.

Meantime, as we hope another season can be launched, all of the theater companies ask for our help so they can survive. I would suggest that Artistic Director for APT, Brenda DeVita, speaks well and for all of them, in her video plea for support.

One thought on “Theater: The Show Must Go On. Eventually”