Milwaukee County plan brutally slashed while three other counties get what they requested. 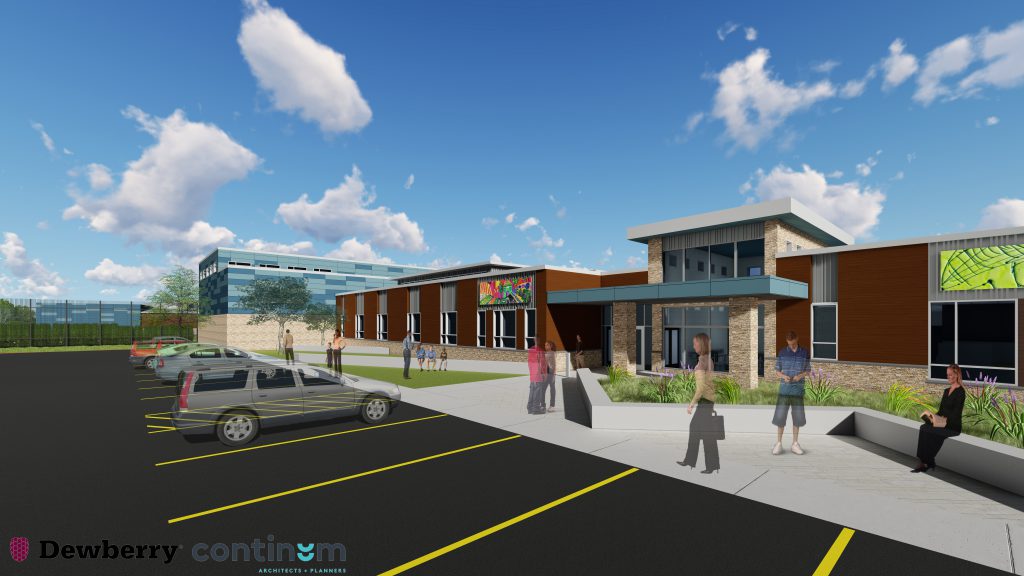 After nearly two years of planning newer youth detention facilities, Milwaukee County, and the youth in its care, have run into a wall when it comes to state funding.

In February, the state’s Joint Committee on Finance (JCF), controlled by the Republican leadership in both chambers, cut funding for Milwaukee County’s new youth detention facility by $8 million. The county won’t be able to fund the new facility as planned, unlike the three other counties engaged in a similar process.

Milwaukee, Dane, Brown and Racine counties have been engaged in planning and applying for funding for new Secure Residential Care Centers for Children and Youth (SRCCCY) since the state Legislature passed 2018 ACT 185.

This law directed the state to close the state-run Lincoln Hills and Copper Lake youth detention facilities, after they were the target of a federal investigation into mistreatment and abuse. It also allocated funding for new county-run facilities. Despite allocating only $40 million in the original legislation, the state ultimately increased that to $102.5 million to be divided by the four counties for their new facilities.

However, none of the other four counties were forced to reduce their funding request at every step of the granting process. In fact, the JCF ultimately gave Brown County $3.4 million more than it requested from the state’s Juvenile Corrections Grant Committee. And Dane County, at one point, returned to the committee with a larger cost estimate and was accommodated by the grants committee and the JCF.

Meanwhile, Milwaukee County has been forced to attempt planning a new facility based upon funding estimates that were reduced twice since the start of the process. In July 2019, the county asked for $41.8 million. The grants committee told them to come back with less. In September, they returned with a plan that would cost $23.6 million. Finally, the JCF cut funding for the county’s new facility by $8.4 million, reducing the available funds to $15.2 million.

Milwaukee County, the state’s largest county, which sent more youth to Lincoln Hills and Copper Lake than any other county, received only 15 percent of the funds ultimately allocated by the state. The total amount of funding requested by the four counties was $8.4 million over the total budgeted amount from the state. Yet the entire amount of the overage, all $8.4 million, was taken only from the budget for Milwaukee County, whose request had already suffered heavy cuts.

Milwaukee County still doesn’t know if this is enough money to safely build out a facility that can house all of the placements the county has at Lincoln Hills and Copper Lake. If those facilities closed today, based upon the existing funding and plan, Milwaukee County would be short 17 beds at its new facility, said Mark Mertens, administrator of the county’s Division of Youth & Family Services.

The plan for a facility that felt more like a residential treatment center and less like a prison has been scotched by the state’s repeated funding cuts. To save the programming and education functions of the facility, Milwaukee County will likely compromise on the living facilities for the young people, Mertens said.

The county’s plans included redeveloping the Vel R. Philips Youth and Family Justice Center into something “much less detention like,” Mertens said, and building out additional living space for the placements coming from Lincoln Hills and Copper Lake once they are closed. The redevelopment is needed because the living quarters at the Philips facility “are essentially much like jail cells at this point,” he noted.

Mertens said they will “do some softening” of these living areas, but not as much as hoped.

“My feeling is that, while I’m not pleased about that,  it’s better than compromising in regard to programming and education,” he told the County Board’s Committee on Health and Human needs. “Because, our intent is to have youth not on the living units very much.”

The county’s plan calls for “extensive programming” for the youth, who will only be on the living unit for a few hours in the evening, Mertens said.

At the committee meeting Wednesday, Chair Sup. Supreme Moore Omokunde passed his gavel so he could unload on the state of things. “I didn’t think this would be a partisan issue, I thought that caring for our young people and not having them in a prison, in essence, for young people was something that we could all agree upon,” he said.

Omokunde said he felt like Milwaukee County was “bombarded with these attacks” throughout the granting process, with Milwaukee County repeatedly told by the state to alter or amend its plans to receive funding. despite, he said, being “the ones who have been the stewards of this kind of work for several years.”