For 20 years voters have elected college dropouts to run Milwaukee County. What gives? 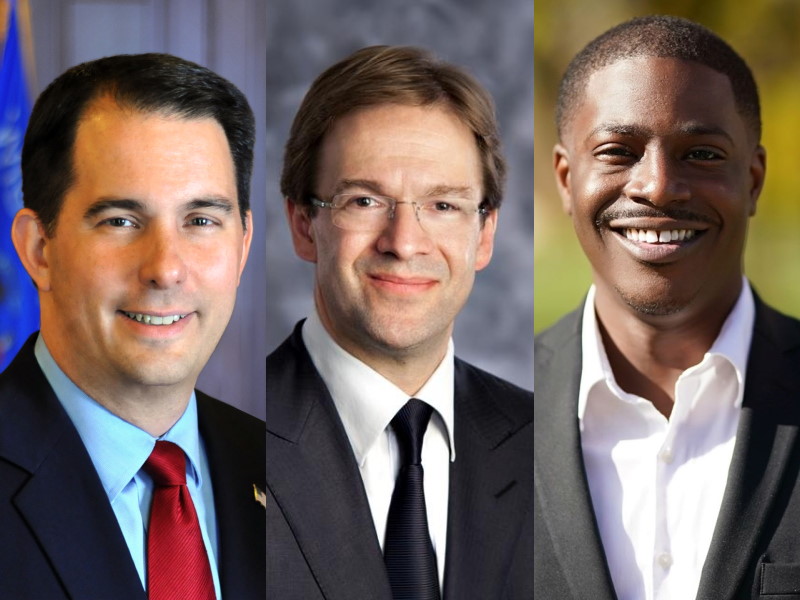 The election of David Crowley as Milwaukee County Executive made him the third straight candidate elected to the post who hasn’t graduated from college, succeeding fellow dropouts Chris Abele who served from 2011 to this year and Scott Walker (2002-2010). Assuming Crowley serves a full term, that will make 22 years of the county being run by an executive without a college degree.

Back in 2002, when Walker, then a state representative, first ran for the position of county exec, I wrote a column questioning whether he lacked the qualifications for the job, given that he hadn’t finished college.

“Should that matter?” I asked. “For the position of legislator or county board member, probably not. But this is an executive position, after all, running a $1 billion organization, the second largest government in Wisconsin. Wouldn’t a business of this size require a degree as well as some experience as a high level manager for any potential executive?”

But talk radio hosts Charlie Sykes and Mark Belling would have none of it, and aggressively promoted their favorite conservative for the job. And voters didn’t seem to care either, electing a Republican in the heavily Democratic county (yes, it’s a non-partisan race, but still). They wanted a reformer, and might have had enough of academic credentials after the reign of F. Thomas Ament, who had a law degree but championed the infamous Milwaukee pension plan that made millionaires of some county employees and has by now cost taxpayers in excess of $300 million.

Walker went to win the position of governor, the state’s first governor to lack a college degree since businessman Julius Heil was elected way back in 1939. And Walker seemed to like hiring administrators without a college degree, including high school graduate Cathy Stepp to run the state Department of Natural Resources and Mike Huebsch, a dropout from Oral Roberts University, as his Secretary of Administration. Heck, Walker even relied on Huebsch at times for legal advice.

So I guess by the time Abele ran for county exec, the question of a college degree seemed so behind the times and irrelevant. Walker, after all, even ran for president without a degree. Of course, the wealthy Abele did have the ability to greatly outspend his opponent, Republican Jeff Stone, who ran an ad noting that Abele “failed to finish 3 separate colleges, dropping out all 3 times.” A Politifact column from back then found the ad was accurate, but the voters didn’t care. Or maybe they remembered what a fine job Julius Heil had done.

Which brings us to Crowley, who had a far tougher row to hoe than either Walker or Abele, having grown up in the state’s poorest ZIP code, 53206, and as his campaign bio noted, “was no stranger to hardship. As a child, David’s family moved around frequently, often as a result of evictions. He lived in a home with multiple family members who suffered from mental illness and drug addiction.”

The new county exec’s director of communications Rae Johnson notes that “David attended UW-Milwaukee off and on from 2006-2013, sometimes full-time, sometimes part-time. He was balancing school with work.” In the spring of 2013, Crowley was living in Madison while working as a staffer for then state Sen. Nikiya Dodd and taking courses from UWM at night. “His mother had a health crisis, necessitating that David postpone his studies as he traveled back and forth between Madison and Milwaukee to care for his mother,” Johnson notes.

And so Crowley never got beyond the midpoint of junior year in college. Yet that never came up in the campaign. But his opponent, Democratic State Sen. Chris Larson, had previously run against Abele (in 2016) without attacking him on the issue. And so Abele, like Walker, helped make this a non-issue.

Which, if he does, would make him the first county exec in 22 years who completed college. And give him bragging rights over Abele and Walker at any future reunion of county executives.