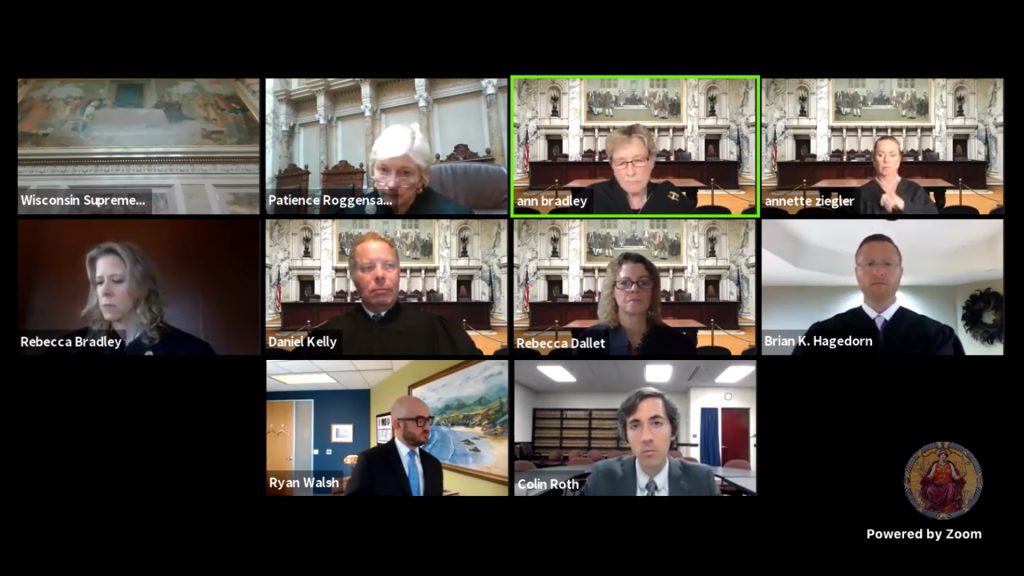 The order, championed by Governor Tony Evers, closed all but “essential” businesses and banned public gatherings in an attempt to slow the spread of COVID-19.

On a 4-3 vote, four of the five conservative justices, Chief Justice Patience Roggensack and justices Rebecca Bradley, Daniel Kelly and Annette Ziegler sided with the Republican lawmakers that brought the suit.

The order goes into effect immediately.

The City of Milwaukee, under Health Commissioner Jeanette Kowalik, previously issued its own emergency order that did not have an expiration date. Mayor Tom Barrett said Wednesday afternoon, before the court ruled, that city was looking at issuing a new order.

Wisconsin was one of 43 states to be locked down by a Governor or gubernatorial appointee. According to the New York Times, the majority of those orders have been lifted or are in the process of being lifted. Evers and Palm, through additional orders, had loosened restrictions in recent days, including allowing retail stores to open.

“This decision will undoubtedly go down as one of the most blatant examples of judicial activism in this court’s history. And it will be Wisconsinites who pay the price,” wrote Dallet in her dissent.

Hagedorn wrote that the court failed to provide guidance to Palm and others on what the emergency powers bestowed on the Department of Health Services mean.

“The Legislature may have buyer’s remorse for the breadth of discretion it gave to DHS in Wis. Stat. § 252.02. But those are the laws it drafted; we must read them faithfully whether we like them or not,” wrote Hagedorn.

The lawmakers that brought the suit had originally asked for a stay, or delay, in implementing any ruling from the court, but the court declined to grant one. But six of the seven justices backed one. The holdout? Kelly.

“However, more than two weeks have passed since we began our consideration of this case. Therefore, we trust that the Legislature and Palm have placed the interests of the people of Wisconsin first and have been working together in good faith to establish a lawful rule that addresses COVID-19 and its devastating effects on Wisconsin. People, businesses and other institutions need to know how to proceed and what is expected of them. Therefore, we place the responsibility for this future law-making with the Legislature and DHS where it belongs,” wrote Roggensack with backing from Bradley, Ziegler and Kelly in the majority opinion.

In an additional opinion, Roggensack wrote that she would like to have seen the order stayed until May 20th, but said she trusted that the Legislature and Governor would quickly work to implement a new rule.

Ziegler also wrote a dissent advocating for a stay, following the guidance of Dr. Anthony Fauci, and found backing from Rebecca Bradley.

Hagedorn, in his dissent backed by Dallet and Ann Walsh Bradley, also backed a stay.

“If you are confused, you are not alone,” wrote Ziegler. “So, is there
a stay or isn’t there? It can’t be both ways.” She wrote that the plaintiffs need to be careful what they wished for.

Justice Daniel Kelly was defeated by Jill Karofsky in the April 7th Spring Election, but Karofsky will not take her seat on the court until August 1st.

5 thoughts on “Supreme Court Strikes Down “Safer at Home””