Wisconsin below most states and all of Midwest in per-capita COVID-19 cases and deaths. 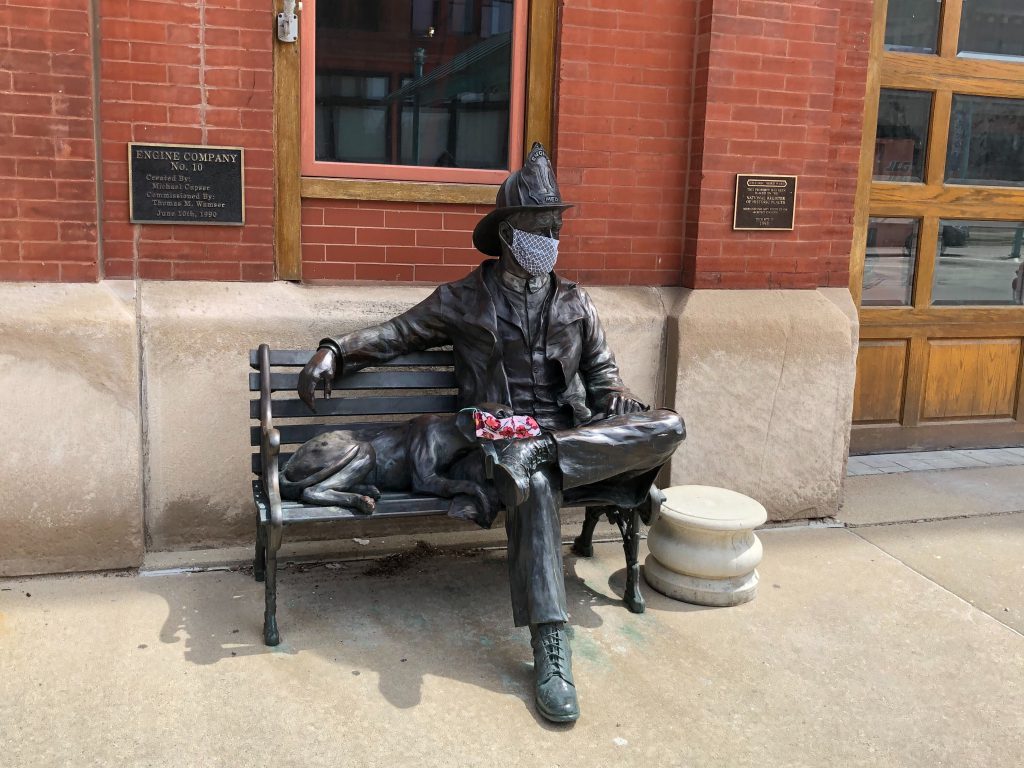 Which state has done the best job of handling the coronavirus pandemic?

“Perhaps no single governor has done more to put the nation on a war footing in the fight against coronavirus than” than Ohio Gov. Mike DeWine, “whose actions have contributed to Ohio’s relatively modest number of cases, with a per capita infection rate currently ranked 27th out of 50 states,” a recent column in Politico declared.

But Wisconsin ranked even lower, at 33rd in the per capita infection rate. For that matter, Wisconsin’s number of COVID-19 cases has also been growing slower in the last month than in Ohio, yet Politico didn’t mention Wisconsin Gov. Tony Evers in its listing of the top 6 governors at handling the pandemic.

On the other hand, The Guardian picked Evers as one of the 10 most visible governors in handling the pandemic, singling out his stirring if unsuccessful stand for a spring election with mail-in ballots only. But being visible doesn’t necessarily mean you’re doing the best job.

In an attempt to cut through the fog of such pontificating, Urban Milwaukee did its own analysis, comparing growth in COVID-19 cases in Wisconsin to surrounding states. The results show Wisconsin’s numbers are growing slower than in any Midwestern state except Michigan.

Meanwhile, Michigan, Illinois Indiana, and Ohio all had more cases than Wisconsin back on April 8 and a month later still ranked ahead of Wisconsin. Only Michigan had seen its caseload grow by a lower percentage — 142 percent — than Wisconsin at 257 percent.

Every other state had seen its total caseload grow faster, led by Iowa with a whopping 955 percent increase, followed by Minnesota (up 776 percent), Illinois (403 percent), Ohio (351 percent) and Indiana (317 percent). These figures were based on the New York Times daily tracking of every state’s reported cases.

Wisconsin’s rate is lower than 32 states and the District of Columbia and well below the national median for per-capita cases.

But some have argued that the per-capita death rate is a more accurate way to measure since states vary in how well they have tracked cases. By that measure, too, Wisconsin is the lowest in the Midwest, with 7 deaths per 100,000 people, followed by Iowa (9), Minnesota (11), Ohio (12), Indiana (23), Illinois (29) and Michigan (47).

Wisconsin’s death rate per capita is lower than in 30 states and District of Columbia and below the national median rate.

While all that is good news for Wisconsin, should we give all credit to Ever’s leadership? No. Because another factor is the local culture: how seriously a state’s citizens take the pandemic, and how willing they have been to follow social distancing rules. Two different analyses of this done back in March suggested Wisconsin was either better than average or worse than average for social distancing, which doesn’t help us much, and doesn’t tell us where we are now.

Another way to rank the states was compiled by the data analysis site finder.com, which took a look at when states “reported their first coronavirus case versus when state of emergencies were declared, and at which point the state-issued stay-at-home orders and other closures, like schools and non-essential businesses, occurred.” In short, how fast did governors take action against the pandemic?

While Democratic governors tended to rank better, there were notable exceptions. The deep red state of West Virginia, for instance, ranked in first place. “The study found that West Virginia had the quickest and most effective coordinated effort, having declared a state of emergency on March 16, one day before the state would report its first confirmed case, with the closing bars and restaurants following the next day.”

By contrast a blue state like Washington was ranked 48th: it was the first state to report a coronavirus case, on January 21, but didn’t declare a state emergency until more than a month later, on February 29, and the closure of restaurants and bars on March 16.

The study ranked Michigan number two, led by Democratic Gov. Gretchen Whitmer, who has been a favorite target of President Donald Trump. She declared a state of emergency on March 10, the same day the state’s first coronavirus case was detected. “Whitmer’s response was among the quickest,” the study noted. “Whitmer closed schools on March 13, with the closure of dine-in restaurant and bar services, and nonessential businesses shortly thereafter.”

Wisconsin? It ranked 22nd, better than average but far from sensational. The state’s first case was detected on March 5, but Evers waited until March 12 to declare a state of emergency, till March 17 to close restaurants and bars, till March 18 to close all schools, till March 25 to announce a stay-at-home order.

Still, that was better than many southern and western states, not to mention a Midwestern state like Illinois, which ranked 46th. At the very bottom was Nebraska, which waited more than a month after its first case was discovered to announce a state of emergency and still hasn’t announced a stay-at-home order or closed nonessential businesses, nearly three months after its first case was detected. That may help explain why such a rural state, with a low population of African Americans, who have been the hardest hit by the COVID-19 pandemic, now ranks as the 12th highest state in per-capita cases, nearly as high as Michigan.

All told, Wisconsinites have to be happy with how they are doing compared to other states, with a lower rate of COVID-19 deaths and cases than the national median and lower than any state in the Midwest. As Urban Milwaukee reported yesterday, the state has made tremendous progress in the number of people being tested and in meeting most of criteria required (as health experts have urged) before the state can be reopened.

Republican leaders pushing to reopen the state prematurely might want to think about whether they want to risk pushing Wisconsin into the category of states that have far more COVID-19 cases. The results could be very bad for the health of Wisconsinites — and for the political health of state Republicans.