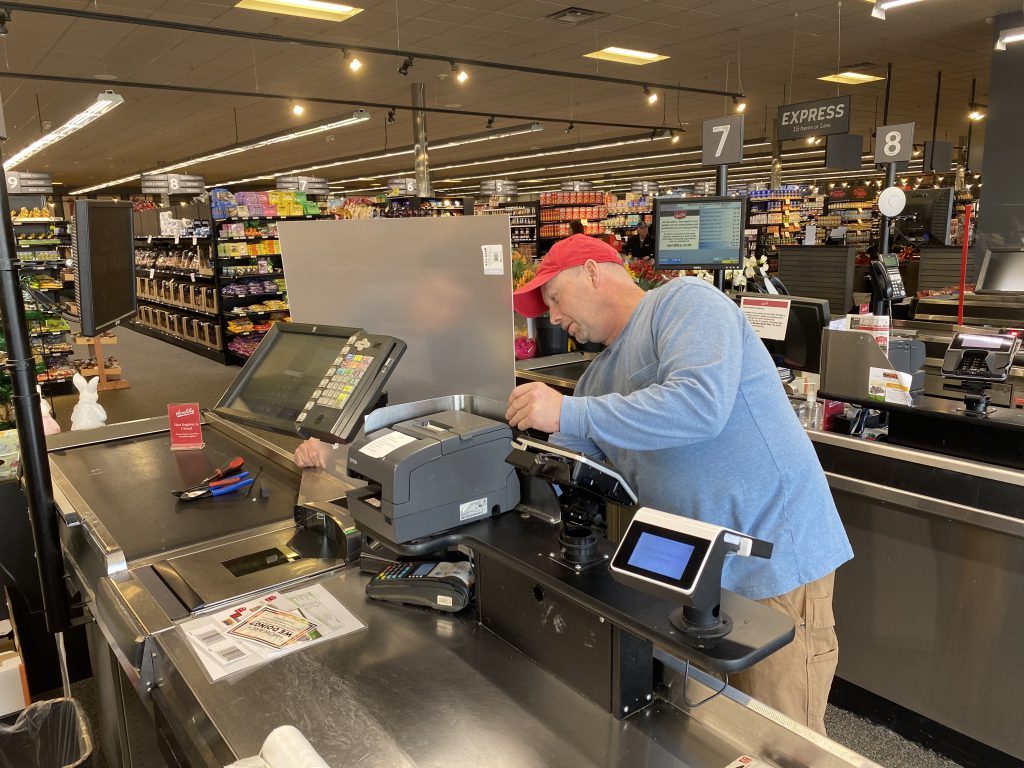 After Coronavirus, your shopping experience could change: Despite technological advancements in stock and supply chain monitoring, many grocery stores still operate the way they have for over 30 years, monitoring items on clip boards and purchasing using matrix paper. As more people try to shop from home now and in the future, this is likely to change, and many observers believe that grocery shopping will change forever, and the grocers will gain a stronger grip on household purchases, consolidating the industry even more. (Ian Bogost | The Atlantic)

Mapping streets shows it’s difficult to distance on sidewalks alone: Meli Harvey, an urban planner working for Sidewalk Labs, developed a visualization determining how difficult it is to be physically distant on New York City streets. Actual data on sidewalks is hard to come by, but she was able to measure the width of streets and noted how too much space is given to cars, especially now. Mayor Bill de Blasio has been resistant to open up streets and even a good visualization doesn’t seem to sway him. (Gwen Aviles | NBC News)

Norway’s A-Ha moment on electric vehicles: In 1995 the lead singer of A-Ha and the head of Norwegian environmental group Bellona imported a small electric Fiat and racked up road and parking tolls around Oslo to make a point on energy consumption. Norway gets most of its electricity from hydropower and after the stunt garnered massive amounts of attention, the country retooled all of its tax and driving incentives to focus on electric vehicles. In March, 60% of auto sales in Norway were electric and 15% were hybrids. (Elisabeth Ulven and Jon Henley | The Guardian)

Milan planning for a people oriented future: Milan Italy in the northern Lombardy region hit hard by the coronavirus has announced that 22 miles of streets will be transformed over the summer into streets for bikes and people. The changes have been inspired in part by the enormous pollution reductions resulting from the Coronavirus lockdowns but also as a way to defend an economy that depends on people being outside at restaurants, bars, and supporting the arts. (Laura Laker | The Guardian)

A home co-ownership model with short term potential, long term danger: As homeownership becomes out of reach for younger city dwellers and the Coronavirus crisis is likely to kick people out of homes, discussion of a new ownership model is emerging. Co-ownership, where investors help homeowners with either down payments or home equity loans, can help people afford to buy homes to which they might not otherwise have access. But there’s a downside, including rent like dividends paid to investors and now the idea that companies with lots of capital can swoop in to perhaps keep people in their homes, but in a way that could be predatory. (Issi Romem | New York Times)

This week on the podcast, University of Iowa Law Professor Greg Shill talks about how the law and tax code promotes automobile use over active transportation.