Not Too Soon for Post-Pandemic Planning

City will eventually need to recover. Why not begin economic development planning now? 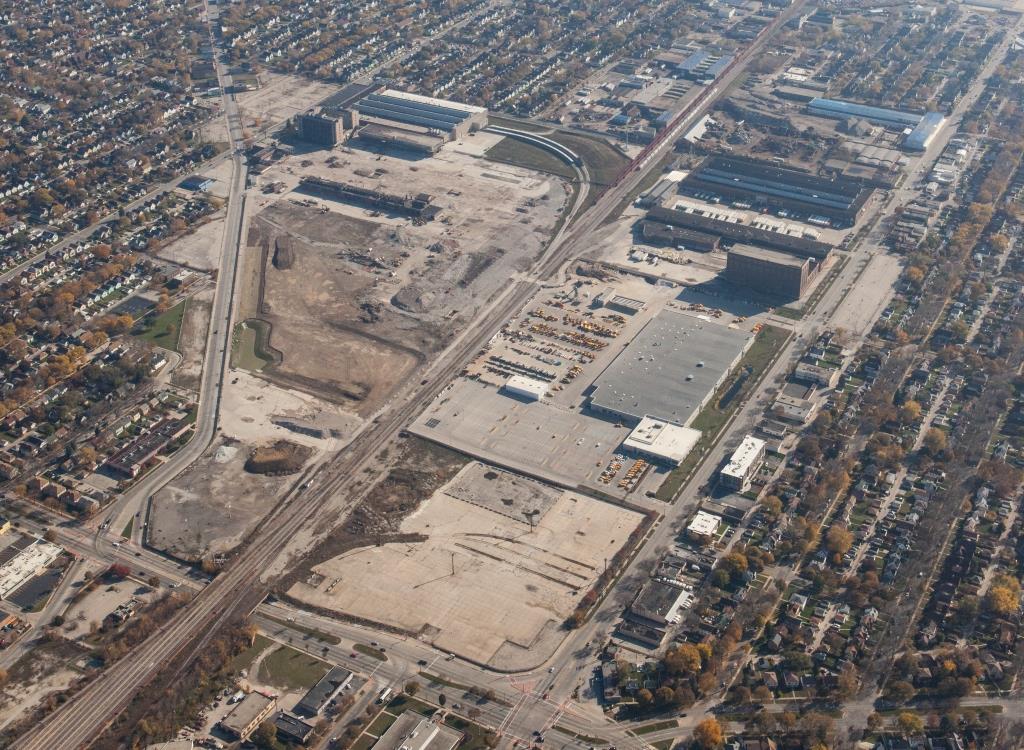 Aerial view of the 30th Street Corridor from 2014. Photo courtesy of the Redevelopment Authority City of Milwaukee.

It’s way too early to engage in serious economic development activity. It is not too early to imagine what Milwaukee’s economic future could look like in the post-panic stages of the COVID pandemic.

I think a post-COVID period is very far off. Forward looking economic indicators, such as crude oil prices presage a long and possibly very deep recession. Keep your eyes on heavy machinery and equipment, and real estate, to name a couple. I think travel is going to take a while to recover. I, for one, will never go on a cruise ship. Of course, I never have.

Milwaukee was in pretty good shape until this year. The robust young adult oriented market, centered around downtown, Walker’s Point, the Third Ward and Bay View, relied heavily on some of the industries that have been the hardest hit: leisure, restaurants, nightlife, entertainment, sports, etc. We may not be congregating for a while yet. Worse still, the tourism business, bustling and about to burst with the DNC, the Ryder Cup in September, and everything out of towners are discovering Milwaukee has to offer, is at least in a pause mode.

Why not think boldly about how to fix Milwaukee’s ailing central city? We should learn from the tactics of public health in this crisis. Test and attack the contagion of poverty and joblessness. Disease spreads. And will the problems of central city Milwaukee infect the healthy parts of the city? Remember, the virus doesn’t care about boundaries and doesn’t discriminate. Imagine, if the healthy parts of the city are suffering now, and recover slowly, how does the North Side recover, when it was suffering in the best of times?

Transportation could be an engine of growth and connection. I used to argue vociferously that designing methods that transported our best workers to the suburbs was a waste. Focus on bringing business to the workers. Today that kind of thinking is a luxury. Jobs for the unemployed anywhere, and getting them there, is my new mantra. The N. 30th St Corridor provides multi-modal opportunities to move residents to jobs wherever they are.

All the way down 30th St. is an almost unused rail line. What should be built on rail lines? Well, what about passenger rail? To the County Grounds, Oak Creek. the far Northwest Side, Downtown. Foxconn and Racine-Kenosha. Why not? Anywhere a lot of entry level jobs exist. That no doubt means that the Streetcar system will have to expand, maybe in directions that were not originally planned. A Corridor bike path that connects the Hank Aaron Trail to the Oak Leaf Trail will create jobs and be a benefit to public health.

The hard truth is if we thought that attracting business to the North Side, especially Century City was hard before, it’s going to be almost impossible now. The North Side is one of the hottest hotspots for the virus. And other ills have not gone away either. I think we need do everything to support business that’s there, train our workforce, bring home the non-violent from incarceration. Create transitional jobs for them and the homeless. Milwaukee’s use of the WPA during the Great Depression was a national model. Build on our infrastructure and transportation network. Maybe the next president will offer a real infrastructure plan. Let’s plan our own. Now. Why wait?

Howard Snyder founder and former Executive Director of the NWSCDC.

One thought on “Op Ed: Not Too Soon for Post-Pandemic Planning”