Give Me Liberty and Give Me Death 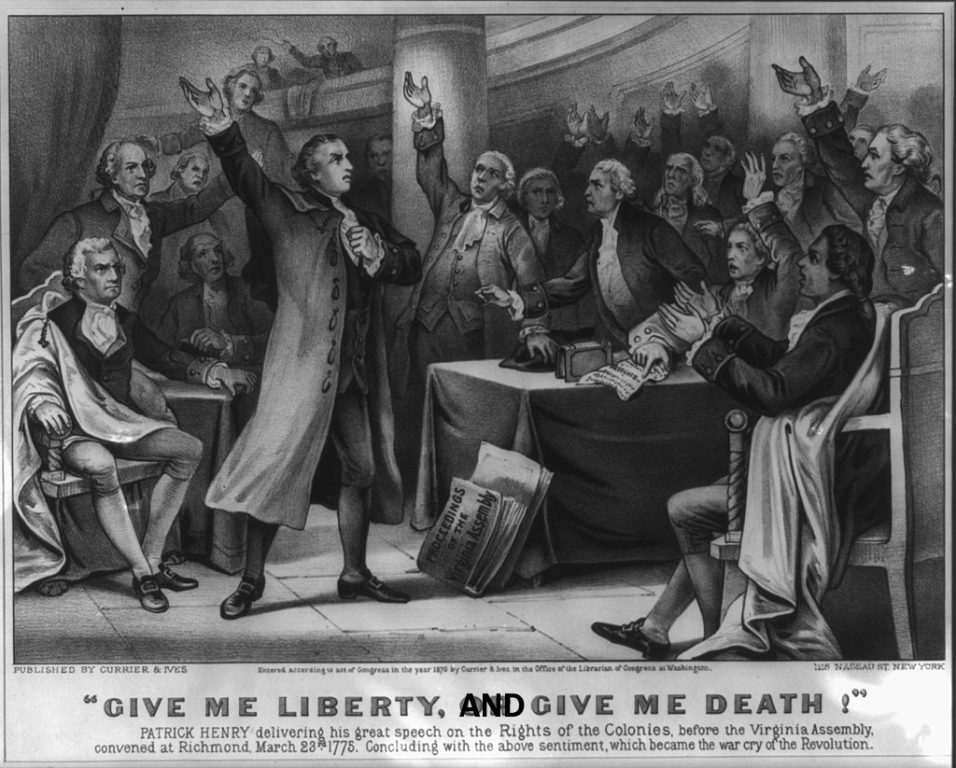 Give Me Liberty and Give Me Death

Nearly a thousand people gathered in Republican-leaning Brookfield on Saturday afternoon, many wearing MAGA hats or brandishing Trump 2020 signs, to protest the stay-at-home order of Gov. Tony Evers. This was part of a movement some have hopefully dubbed “the Tea Party on steroids,” seeing it as a new version of the 2010 conservative movement that helped elect Republicans across the country.

The only problem with that theory is that a sizable majority of Americans disagree with the push to open up the country amid a pandemic. A poll by the Pew Research Center found that “about twice as many Americans say their greater concern is that state governments will lift restrictions on public activity too quickly (66%) as say it will not happen quickly enough (32%).”

That included 81 percent of Democrats and Democratic-leaning independents and 51 percent of Republicans and Republican leaning voters. In Wisconsin the Marquette University Law School poll found that 86 percent of respondents said “it was appropriate to close schools and businesses, and restrict public gatherings” while just 10 percent said it was “an overreaction to the pandemic.”

The poll also found 76 percent of voters saying they approve of Gov. Evers policies on the pandemic and just 17 percent disapproved.

These polls might suggest why President Donald Trump has on the one hand offered his support of state policies that look to carefully phase in a relaxation of stay-at-home orders, even as he has cheered on protests against Democratic governors’ orders in states like Michigan and Minnesota. He wants to rally his base even while acknowledging what his own health experts are saying, that it’s too early to lift restrictions.

Indeed, there’s an overwhelming consensus of health experts across the globe urging the use of social distancing to lower the incidence of COVID-19’s transmission. That includes in Wisconsin, where a long list of health care groups signed a letter supporting the extension of the stay-at-home order.

Even the protestors in Brookfield seemed to accept the need for social distancing, to judge by their comments to reporter Jim Owczarski. Rather, this was a protest for “liberty” — allowing people to voluntarily make the decision to socially distance.

Then you had Lawrence Sullivan from Juneau, who traveled 52 miles from his rural area in Dodge County, which has just 19 positive cases of COVID-19 to congregate with people in Waukesha County, which has had 265 cases and then travel back to his home town, a textbook case of how to spread a communicable disease.

Or how about Paul Matson of Menomonee Falls, who argued against a state-wide order. “It’s common in Milwaukee. It’s common in Madison. Lock them down. I don’t need to be locked down. I can be respectful. I have a mask in my car.” But he didn’t have a mask on.

Then there was the married couple from New Berlin who preferred to remain anonymous, also not wearing masks, though they were senior citizens, who have a much higher risk of dying from the disease. “I think it’s just a decision people should be able to make on their own,” the wife told Owczarski. “And if you come down with it and you die, well then that’s on you… If I die because I came here today, well…I guess I said my piece.”

Aside from the insanity of risking death to make a dubious political point, those who decline to socially distance are not “on their own” in choosing to risk death. They are putting the rest of us at risk should their foolish actions spread the pandemic. They are illustrating  — loudly and clearly — precisely why government restrictions are needed rather than voluntary compliance.

“We have never cowered to a virus in this country before — ever,” said one demonstrator at a smaller rally in Madison.

Actually, we have, during the Spanish Flu epidemic of 1918. But not all cities handled it with equal speed. Philadelphia waited until two weeks after St. Louis to adopt social distancing measures and the result was dreadful for Philly residents: “At its height, the death rate in St. Louis was one-eighth what it was in Philadelphia,” as a story in Business Insider recounted.

Or consider the situation at two Smithfield meatpacking plants: in South Dakota its plant had 300 cases of COVID-19 versus 26 in its plant in Milwaukee’s suburb of Cudahy.

Why the difference? One possible reason might be that Wisconsin moved early to impose a stay-at-home order while South Dakota didn’t. “Officials in the meat industry have also argued that South Dakota’s decision to not issue a stay-at-home order may be contributing to the outbreak, because it has left relatives and neighbors of plant employees free to mingle,” the New York Times reported. “South Dakota officials have said residents should exercise ‘personal responsibility’ and practice social distancing.”

“That’s a very, very high rate,” Dr. William Schaffner, a professor of infectious diseases at Vanderbilt University’s medical school, said of the infections at the South Dakota Smithfield plant. “But it’s difficult to know how much of the transmission occurred in the workplace or in the community,” he told the Times.

The calls of “liberty” by Trump and his supporters are really a demand for more disease and death.

5 thoughts on “Murphy’s Law: Give Me Liberty and Give Me Death”