While S. 2nd St. is quieter than usual in Walker’s Point, with many of its businesses temporarily shuttered, there is plenty of noise coming from the former Milwaukee Brewing Company brewery.

Led by general contractor Greenfire Management Services, a crew has demolished much of the street-facing facade in the past week.

The building at 613 S. 2nd St. will soon be home to an Adventure Rock climbing gym.

The Walker’s Point location will be the third rock climbing gym operated by the Brookfield-based company. It joins the first gym in Brookfield and a Riverwest gym that opened in the aptly-named Belay Apartments building at 2220 N. Commerce St. in 2016. (Belaying refers to a variety of techniques climbers use to exert tension on a climbing rope.)

The new gym, with a lower ceiling than the first two, will be focused on “bouldering” — a technique that doesn’t rely on harnesses and focuses on more complicated climbing moves closer to the ground. A fitness room and yoga room are also included in the building’s design.

Milwaukee Brewing vacated the building last year after opening a new, larger brewery in The 42 building in the former Pabst Brewing Complex. It had operated in the 15,723-square-foot building since 2007. Central Standard Craft Distillery also leased 1,780 square feet of space for a tasting room from Milwaukee Brewing, but closed that space earlier this year.

The new gym is being designed by Johnsen Schmaling Architects. The firm also designed the Belay building that Adventure Rock operates in.

A rendering from the architecture firm shows a recessed window bay set back from the facade, allowing a direct view of the climbing walls from the street. And the scale of that window bay is now visible from the street, with the garage doors and small windows removed alongside the surrounding masonry. The building was built in 1965 according to city records.

An affiliate of Adventure Rock acquired the building for $1.1 million in October 2019. It was listed for sale in 2018 for $3.1 million with all of the brewing equipment included, but Adventure Rock did not need a mash tun or brew kettle for its operation.

The gym is led by Craig Burzynski and Eric Olson.

Its two locations are currently closed as a result of the COVID-19 pandemic and “Safer at Home” order.

Adventure Rock did not respond to a request for comment by the time of publication. 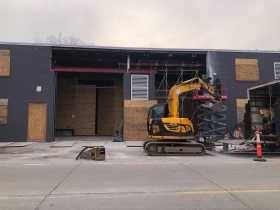 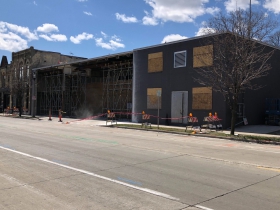 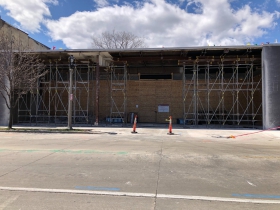 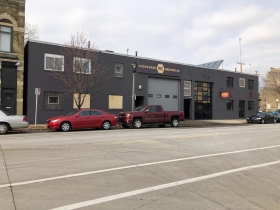 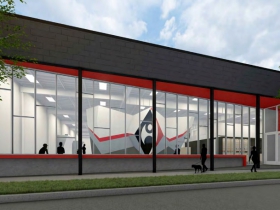 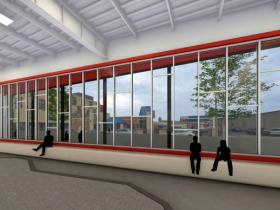 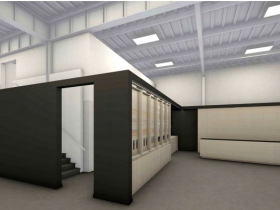