Beyond the candidates, what was the election about, who were the other winners and losers? 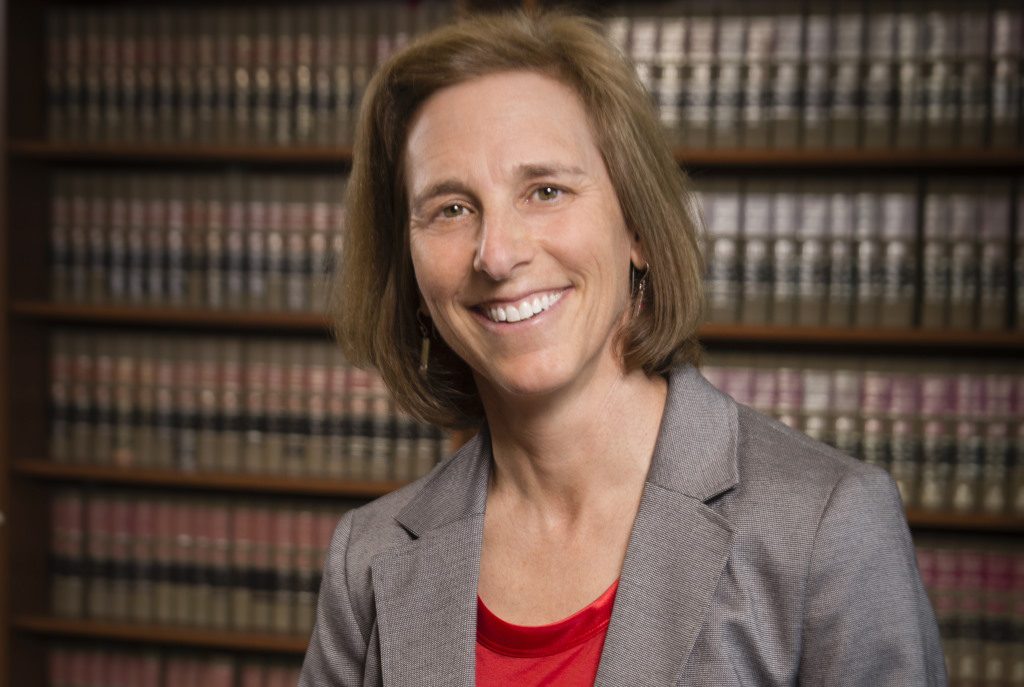 Choose the adjective that best describes it, but there’s no doubt this was an election with unexpected results. Few politicos of either party foresaw an easy win for liberal Jill Karofsky in the state-wide race for the Wisconsin Supreme Court, much less the way she trounced conservative Justice Dan Kelly — given the constraints of an election held during a pandemic, which made it the most dangerous and difficult for liberal urban voters, particularly in Milwaukee, to show up and vote.

All the other results of interest to Milwaukee County voters can be found here. But beyond the names on the ballot were many other winning and losing politicos, groups and trends that tell us what this election was about and why it matters.

Losers: Scott Fitzgerald and Robin Vos. The two Republican legislative leaders were oh so clever, insisting on in-person election that was sure to reduce turnout in urban areas and give Kelly the victory. But they guessed wrong and in the process have badly hurt their reputation. If the most important role of government is to protect people’s lives, they failed miserably at their job, needlessly forcing both voters and poll workers to take a life-and-death risk in order to hold an election. Vos looked by far the worst, urging people to vote and insisting it was safe while clad head to toe in protective garments that weren’t available to most voters in places like Milwaukee. Vos has hopes of running for governor in 2022, and can expect ads featuring him in his Dr. Death outfit, encouraging people to risk their lives and vote. Good luck with that.

Winner: Tony Evers. The governor won thanks from voters by doing everything he could to prevent a dangerous in-person election, likely increasing his support among Democrats, independents and probably some Republicans who did not like the idea of voting during a pandemic. 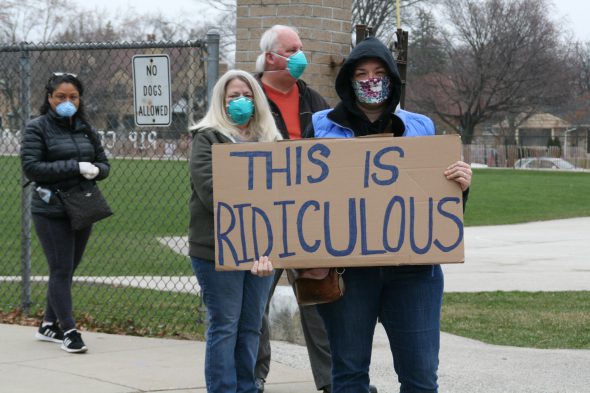 A voter waiting in line at Washington High School. Photo by Jeramey Jannene.

Winner: Angry voters. It’s a lesson that both Democrats and Republicans seem to forget every election. Anger fuels turnout. Liberal attacks on conservative Brian Hagedorn drove a surprising turnout that elected him to the Supreme Court in 2019. And the Republican insistence on holding an in-person election in a pandemic fueled an anger that helped elect Karofsky, probably gaining some independent voters as well.

Loser: Donald Trump. The president went all out to endorse Kelly and that failed to generate the Republican turnout needed to elect the conservative. A bad sign, given that Trump almost certainly can’t win reelection without the vote of Wisconsin.

Winner: Bernie Sanders. Sure, he lost the presidential primary to Joe Biden but that was expected. Sanders won thanks from Democrats by waiting until after the election to announce his withdrawal from the race, which thereby assured more Democrats would vote in the election. It was a gesture toward party unity by Sanders that will enhance Democratic solidarity going into the fall election.

Winner: Partisan judicial campaigning. The idea of a non-partisan judiciary is long gone, alas, and rarely has a candidate been more obvious about her political views than Karofsky.

Loser: Scott Walker. Kelly was the former governor’s choice to appoint to the Supreme Court and it soon became clear to Republicans that the pick was a stinker, and Kelly would make a poor candidate when forced to run. Walker also appointed Milwaukee County Circuit Court Judges Paul Dedinsky and Daniel Gabler, and for many voters, just that fact alone was enough reason to vote against the two incumbents, who both lost.

Winners: Milwaukee’s African American voters. Nowhere in Wisconsin is the pandemic infecting and killing more people than in the city’s black community. Yet so many of these voters showed great courage to vote in person, not to mention the patience to wait in line for hours at some polling places. Without this, it’s unlikely that Rep. David Crowley would have won election over the favorite, state Sen. Chris Larson, in the race for Milwaukee County Executive. The result helped make history, with the first black county executive elected. In addition, Milwaukee now has its first black city attorney in Tearman Spencer. Now let us all hope some of these voters aren’t also losers, exposed to a deadly virus in an in-person election that should never have been held.

Winner: Chris Abele. The wealthy retiring county executive helped pick his successor, spending heavily to elect Crowley and defeat Larson, who ran against Abele in a bitterly contested race in 2016.

Loser: Grassroots campaigning. Forget about going door-to-door or bringing “souls to the polls.” The COVID-19 epidemic made human contact, the mothers milk of politics, impossible and as Larson lamented, that killed his chances of offsetting Abele’s spending in the race for county executive.

Loser: Milwaukee Post Office. Neither rain nor sleet nor snow may have done it, but something fouled up the mail at the downtown post office and thousands of ballots from Milwaukee, Fox Point, Appleton and Oshkosh, all processed by the postal office on St. Paul Ave., went missing.

Loser: U.S. Supreme Court: How is it the court didn’t know all mail doesn’t get a postmark? Did any justice think to call the Postmaster General? Instead the court ruled that only mailed-in ballots with a postmark could be valid and made its members look silly.

Winner: Milwaukee Public Schools planning: Rather than shooting too high on a referendum asking for more tax support, MPS leaders settled on a modest number, of $87 million, after first hiring a polling company to test how much voters were likely to support. The result was an easy victory.

Loser: Wisconsin Elections Commission: The commission turned into a irrelevant debating society with a tie vote on any issue of substance. This is by design, as Vos, Fitzgerald and Walker replaced the non-partisan Government Accountability Board with a commission equally divided by Democrats and Republicans. The result is a toothless body that couldn’t make decisions when the lives of state residents depended on it.

Winner: Poll workers and local election clerks: We citizens of this state are all indebted to these heroes, who put their lives on the line to carry out the election. This was American democracy at its finest, and deserves the highest praise.

Loser: Wisconsin Supreme Court: The court couldn’t wait to rubber stamp the Vos and Fitzgerald plan for an in-person election and in the process broke its own rules to accept only conservative arguments in favor of the legislators’ argument, while ignoring liberal counter-arguments. Every time you think the court’s reputation couldn’t sink any lower, they prove you wrong.

Winner and Loser: Dark Money. A winner in getting that reduction in the rights of the accused, called Marsy’s Law, passed via referendum. A loser in Rep. Jason Fields‘ race for city comptroller.

Loser: The GOP Bubble: The reign of Vos and Fitzgerald has been based on undemocratic gerrymandering that gives them victory with a minority of state votes while their on-the-record comments have suggested Milwaukee and Madison voters don’t matter. But all voters matter in a democracy and politicians who forget that in the comfort of their extreme partisan bubble will inevitably see it burst. And that’s just what happened — poof — in this election.