Alleges voters were disenfranchised, seeks re-vote for them.

By Corri Hess, Wisconsin Public Radio - Apr 13th, 2020 03:58 pm
Get a daily rundown of the top stories on Urban Milwaukee 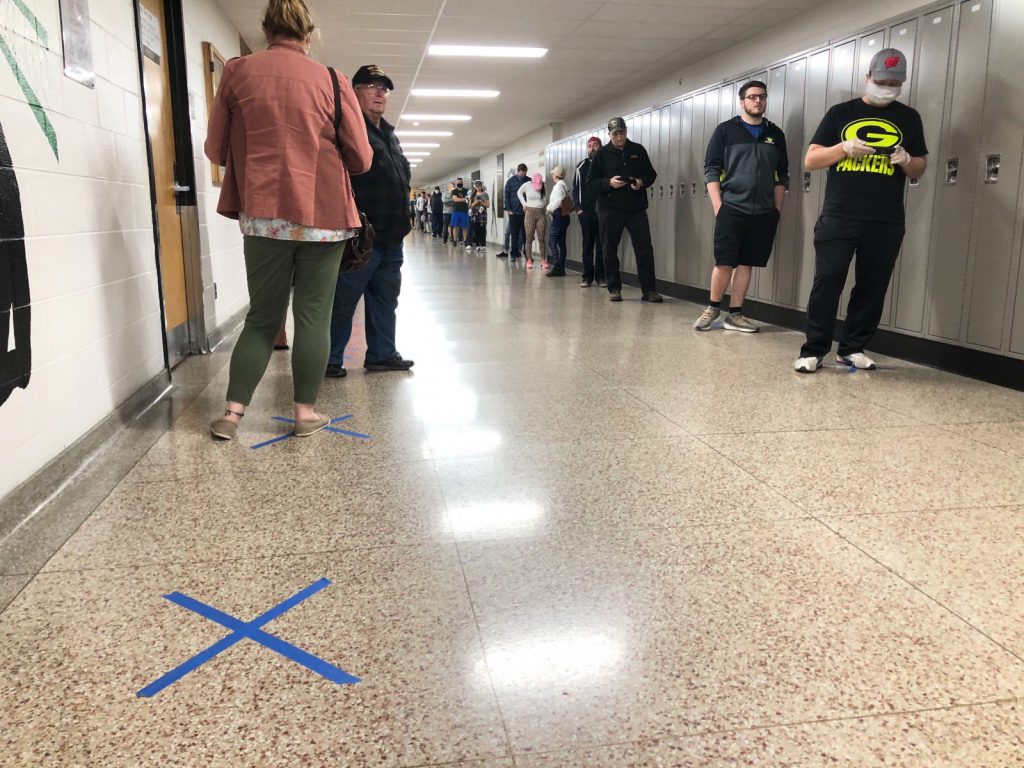 A class-action lawsuit has been filed in federal court by a group of Milwaukee-area residents asking for a partial or full re-vote of the presidential primary and spring election held April 7.

This is the first post-election lawsuit filed by voters who say they were disenfranchised by last-minute decisions made by lawmakers during the COVID-19 pandemic. The 14 individuals who filed the lawsuit say they are a representation of voters statewide who were unable to vote.

“Because of the pandemic, people weren’t getting to vote in nursing homes, people, because of legitimate fear of their life, weren’t able to get to the polls,” said Jay Urban, a Milwaukee attorney representing plaintiffs.

According to the lawsuit, some plaintiffs are:

The lawsuit, which was filed in the United States District Court for the Western District of Wisconsin against Wisconsin Assembly Speaker Robin Vos, R-Rochester, and Senate Majority Leader Scott Fitzgerald, R-Juneau, could be the first of many in Wisconsin.

On Monday, the national and state Democratic Party’s top leaders said every option was on the table regarding the April 7 election, including a recount.

“It is hard to imagine a world where none of the candidates end up looking for legal recourse,” said Ben Wikler, chair of the Democratic Party of Wisconsin. “Republican decisions not only endangered Wisconsinites but also sparked a legal cloud.”

The lawsuit is asking a court order to count “the votes of all those who were disenfranchised April 7.”

Urban said he would like the court to hold a second election at another date when it is safe for everyone to vote. Knowing that will likely not happen, the lawsuit is asking for a partial re-vote for people who were unable to go to the polls Tuesday and did not receive an absentee ballot.

Vos and Fitzgerald couldn’t immediately be reached for comment.

In addition to Vos and Fitzgerald, the lawsuit names the state, each legislative body, and the Wisconsin Elections Commission, which “had no choice but to implement this illegal scheme, and would be called upon to implement the remedies requested by plaintiffs.”

The day before Election Day, Gov. Tony Evers attempted to push back the election until June with an emergency order, but the Republican-controlled state Legislature immediately made an appeal to the state Supreme Court, which ruled 4-2 to strike the order down in just a matter of hours.

GOP lawmakers opposed delaying the election, saying it would leave vacancies in important local offices across the state.

On April 7, hundreds of people waited in line for hours to vote, particularly in Milwaukee and Green Bay where there were five and two polling places open, respectively.

On Monday, Wikler and Democratic National Committee Chair Tom Perez called on the state GOP and Trump administration to hold a vote-by-mail only special election May 12 for Wisconsin’s 7th Congressional District race.

When asked if the state Democratic Party would be willing to file a lawsuit in order to stop an in-person election May 12, Wikler said “all options were on the table.”